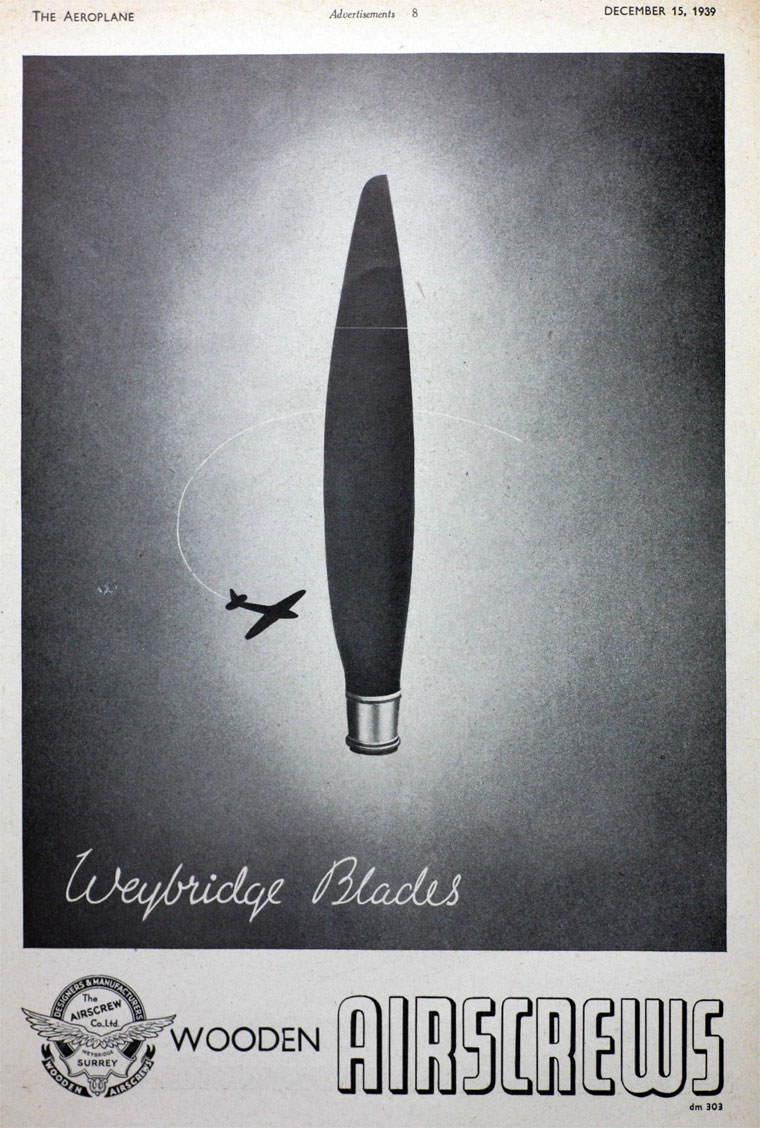 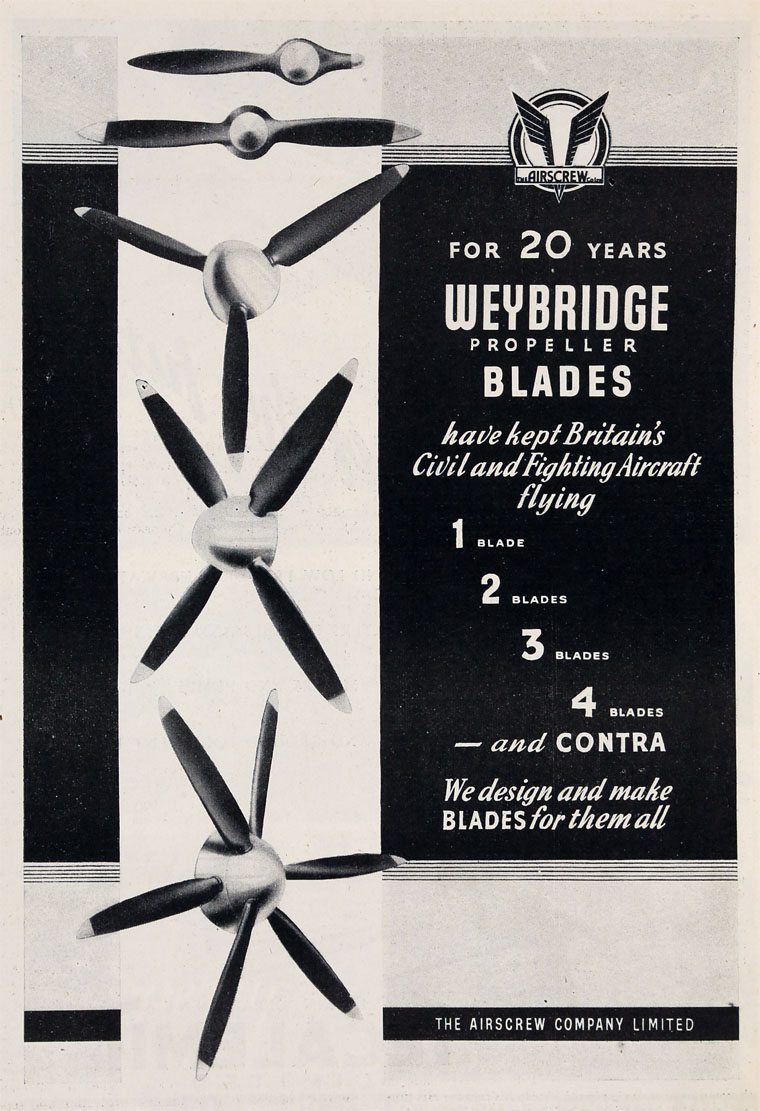 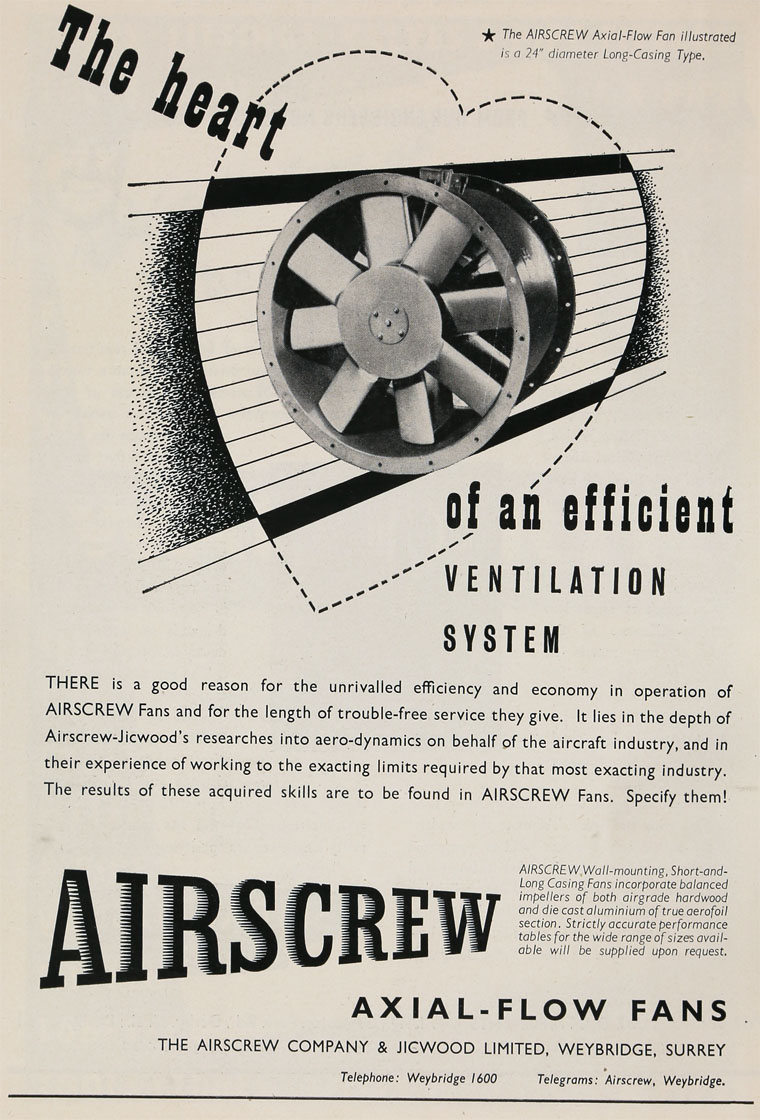 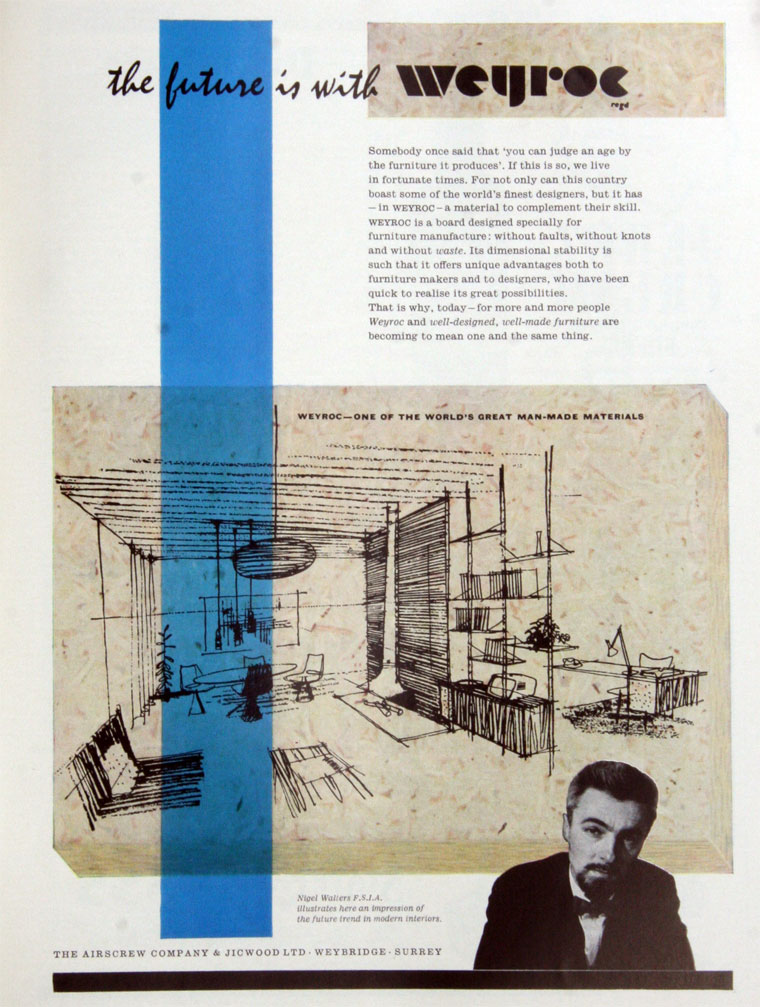 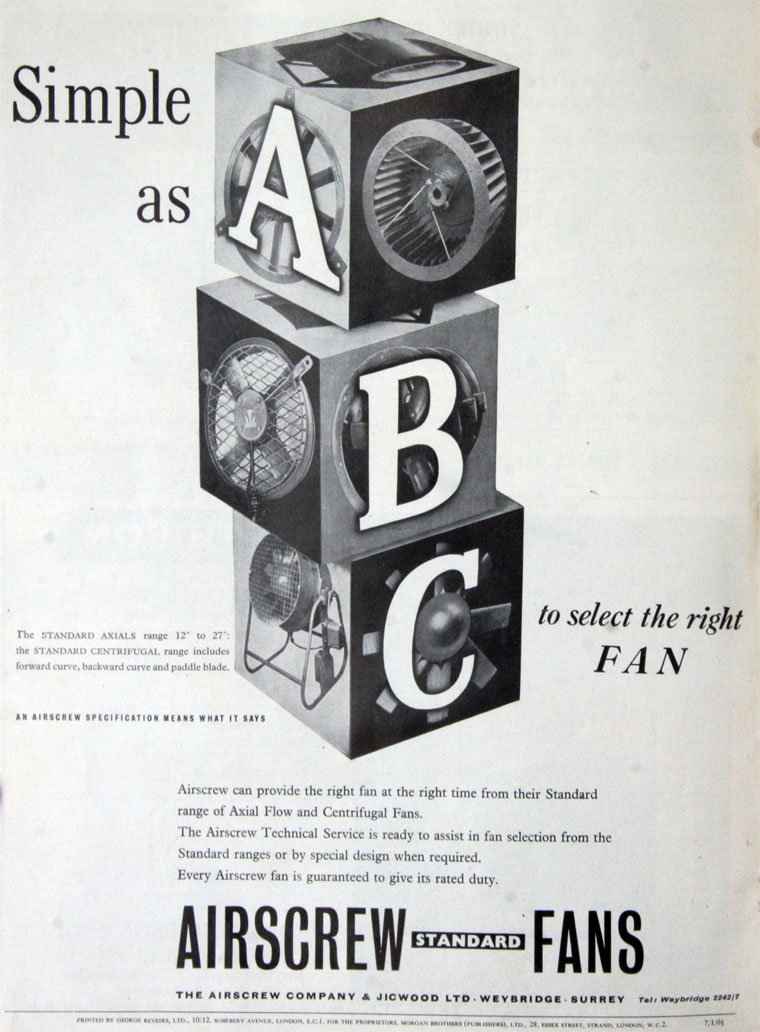 1931 Incorporated as a private company.

1936 Became public company, Airscrew Co. Specialised in wooden airscrews treated by the Schwarz process to make them waterproof. Was considering taking a licence on the Samsonow process for detachable wooden blades for variable pitch ariscrews. Business was expanding as the demand was mainly for replacement blades for existing aircraft[2].

1955 Manufacturers of Weyroc, the famous man-made timber, and Hardec, the decorative plastic surfaced board.

1957 Bryant and May subscribed for a substantial minority interest in the company[5].