Grace's Guide is the leading source of historical information on industry and manufacturing in Britain. This web publication contains 142,552 pages of information and 228,008 images on early companies, their products and the people who designed and built them. 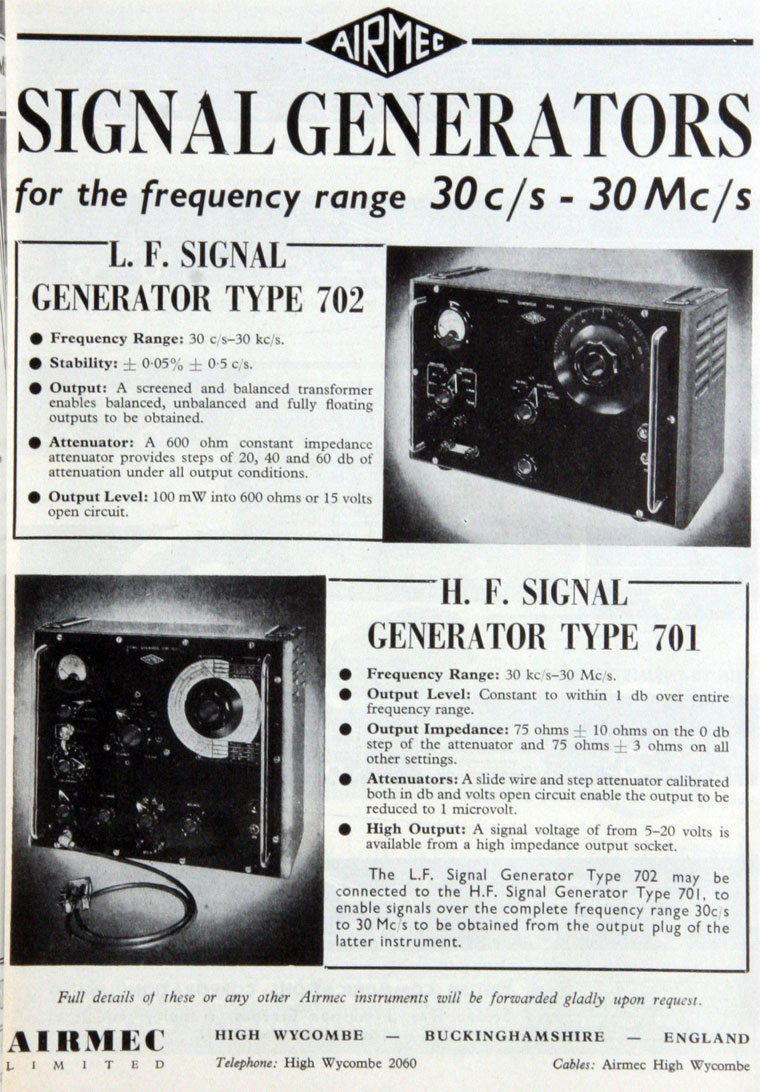 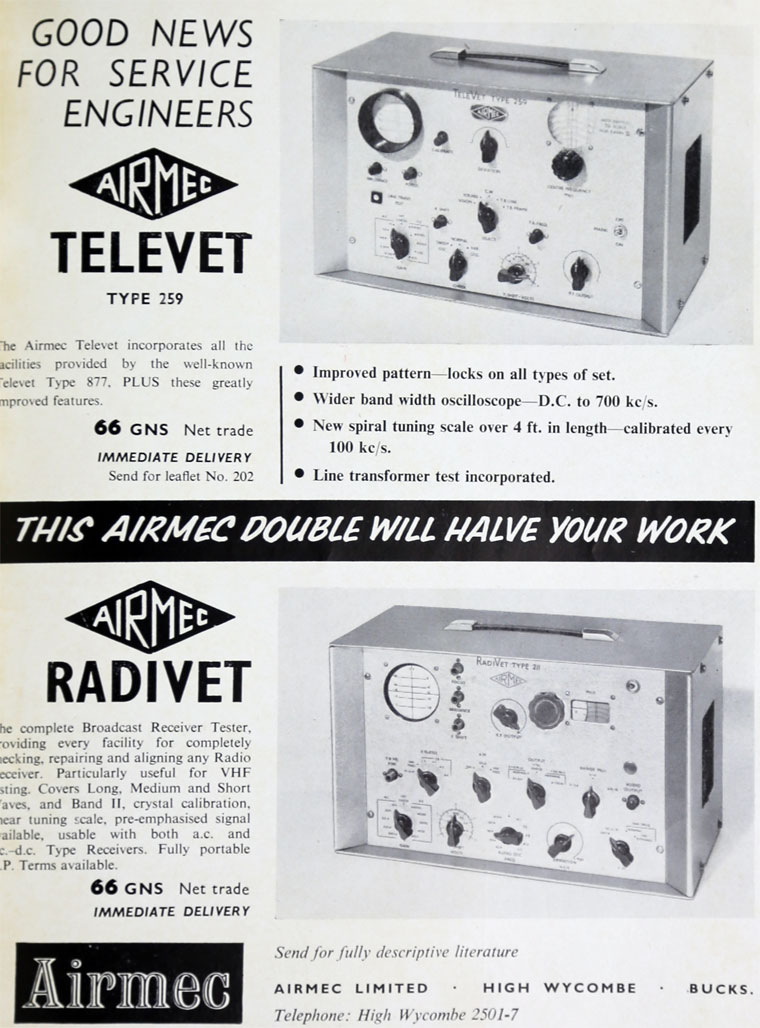 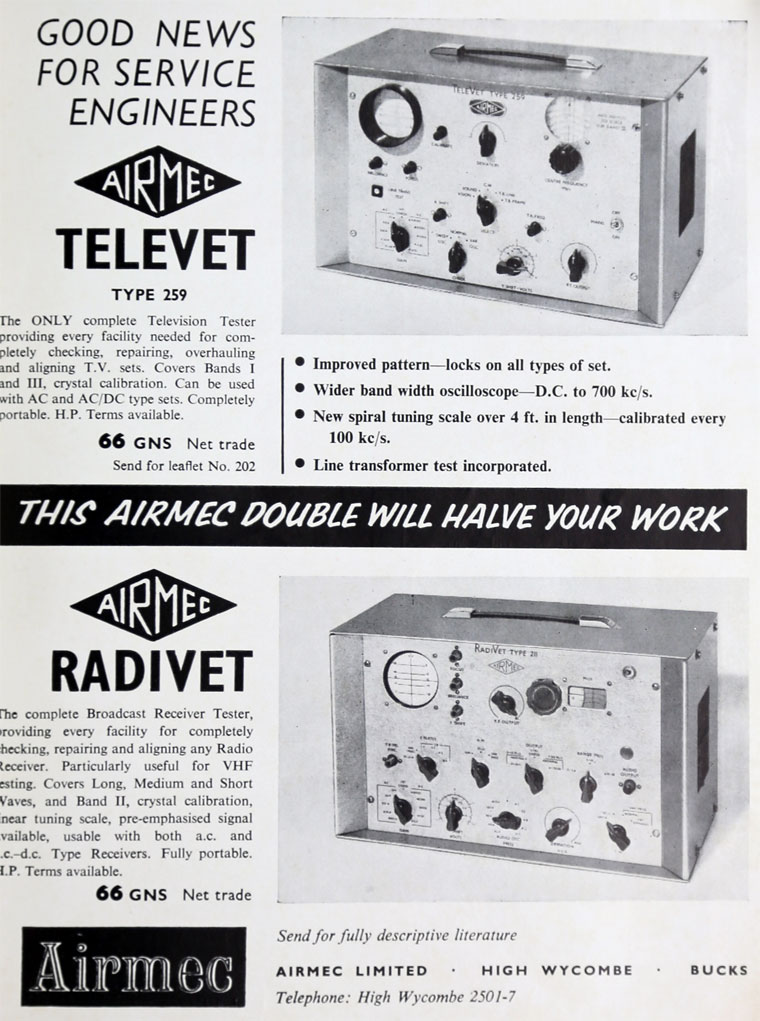 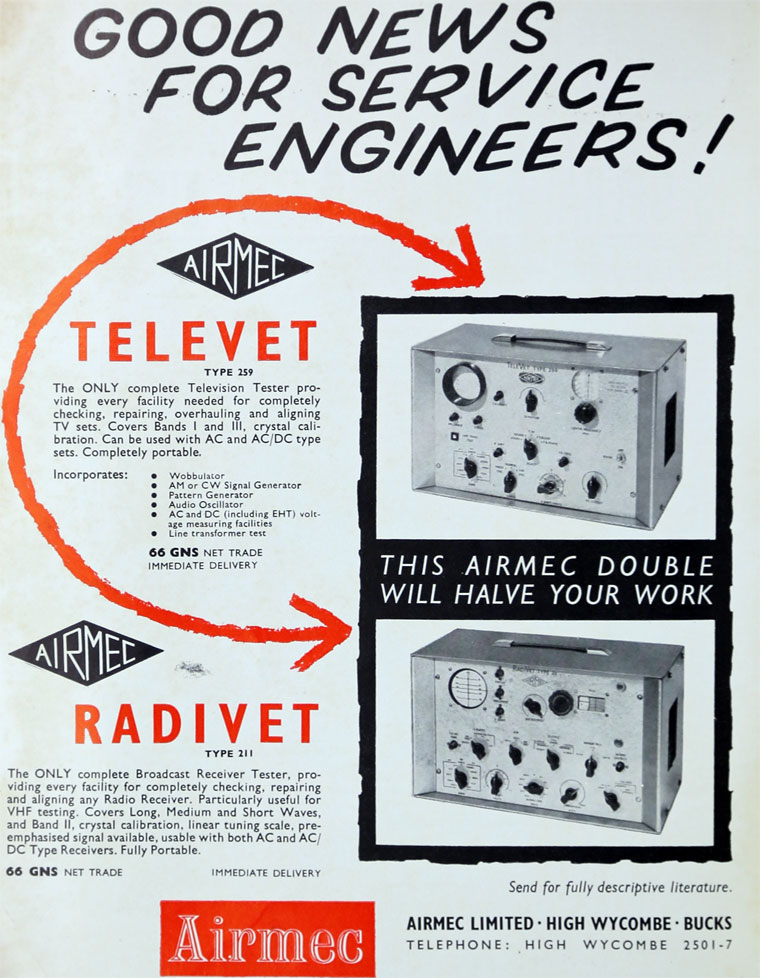 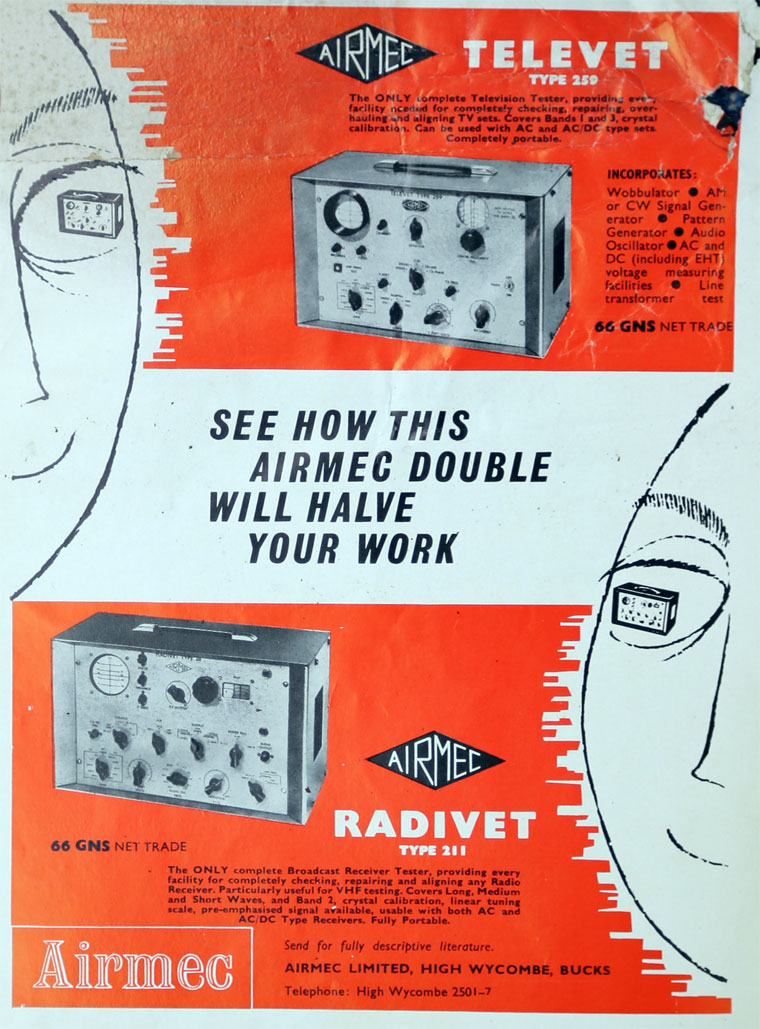 1946 The Philco Radio and Television Corporation changed its name to Radio and Television Trust Ltd [1] in order to acquire export rights which were specifically excluded from the pre-war agreement with Philco Corportation of America. The Philco name would only be used for products sold in Britain; Airmec International Sales was formed to handle exports of products under the Airmec name.

1959 Airmec Ltd was the only operating subsidiary of Radio and Television Trust; Dr Simmonds was managing director; Airmec carried out development of applied electronics and manufacture of high precision apparatus.[2]

1962 Change of name of parent company to Controls and Communications Ltd.

1967 Controls and Communications Ltd established a joint venture with AEI called Airmec-AEI which would bring together all of the partners's numerical control and systems interests[4].

1967 When AEI was acquired by GEC, Controls and Communications acquired AEI's minority interest in the company[5].

1969 Became part of Racal Electronics when that company took over Controls and Communications[6].