Grace's Guide is the leading source of historical information on industry and manufacturing in Britain. This web publication contains 140,624 pages of information and 227,383 images on early companies, their products and the people who designed and built them. 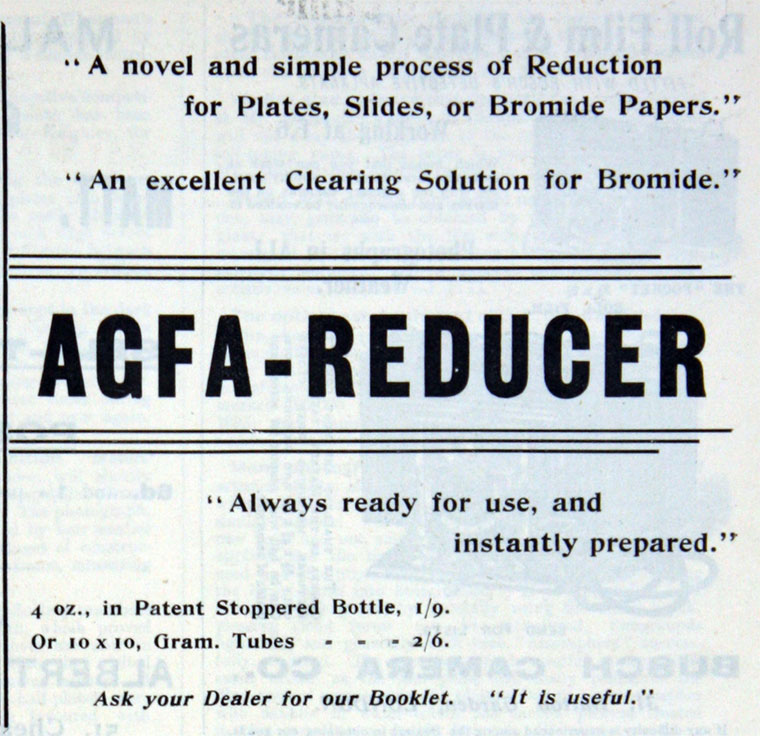 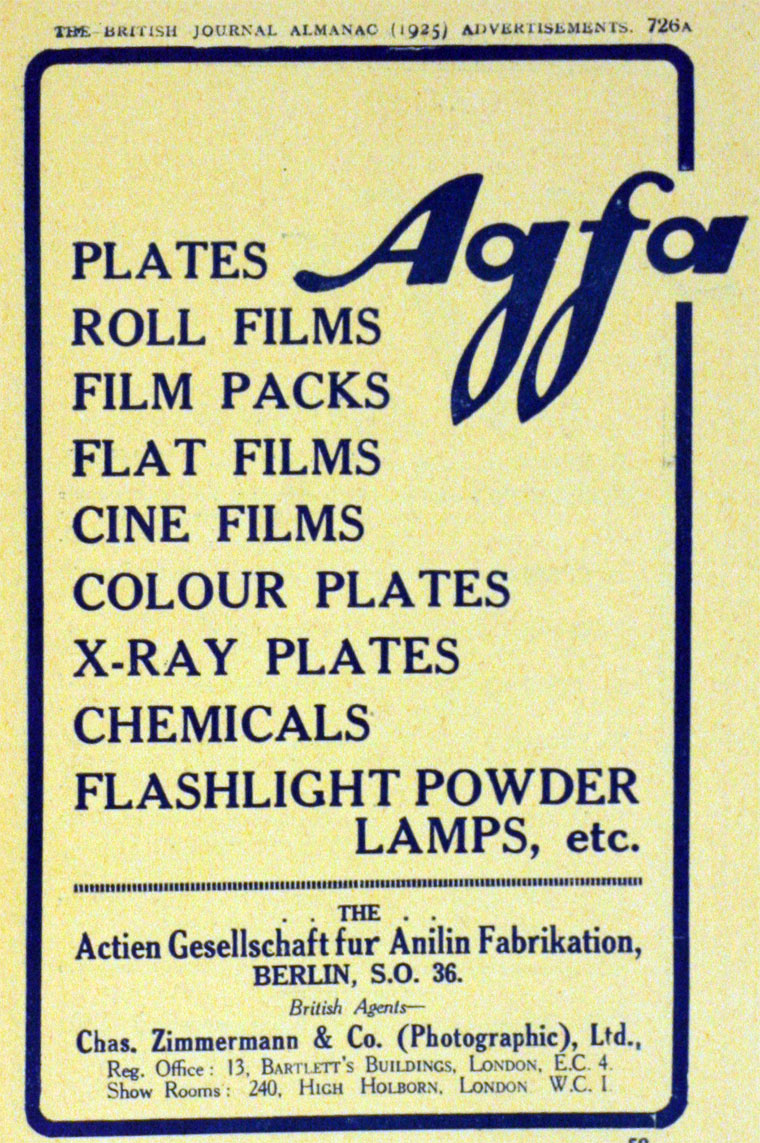 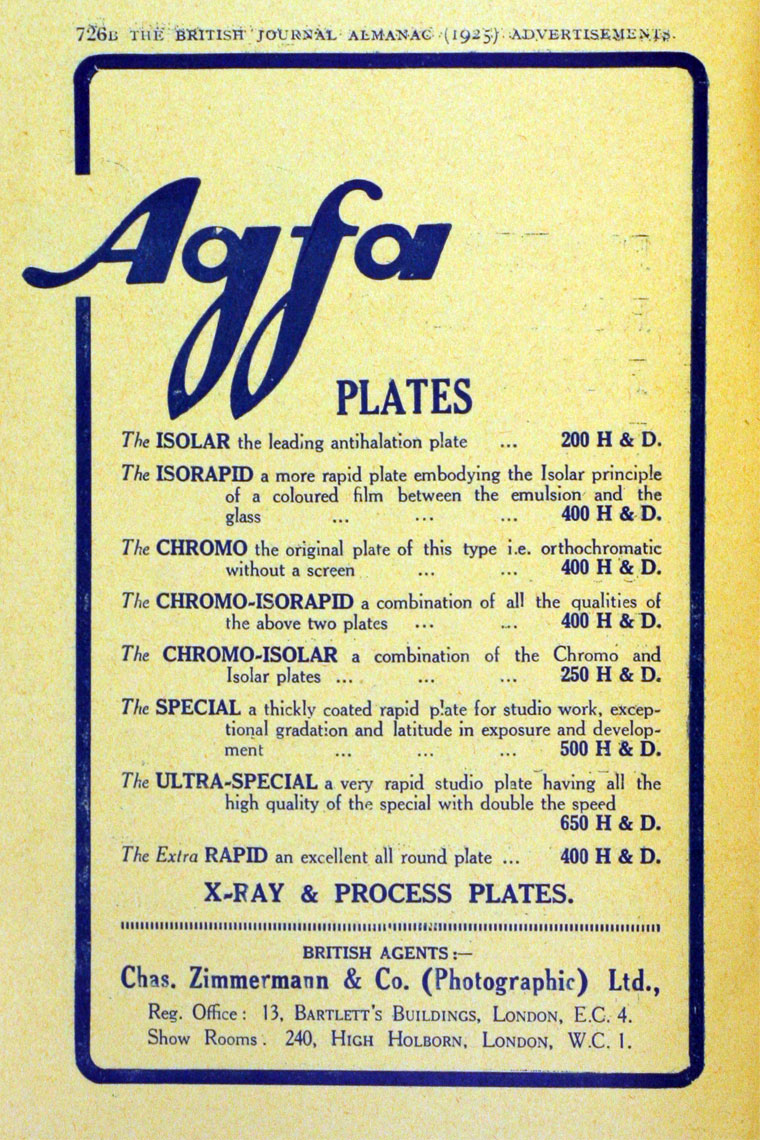 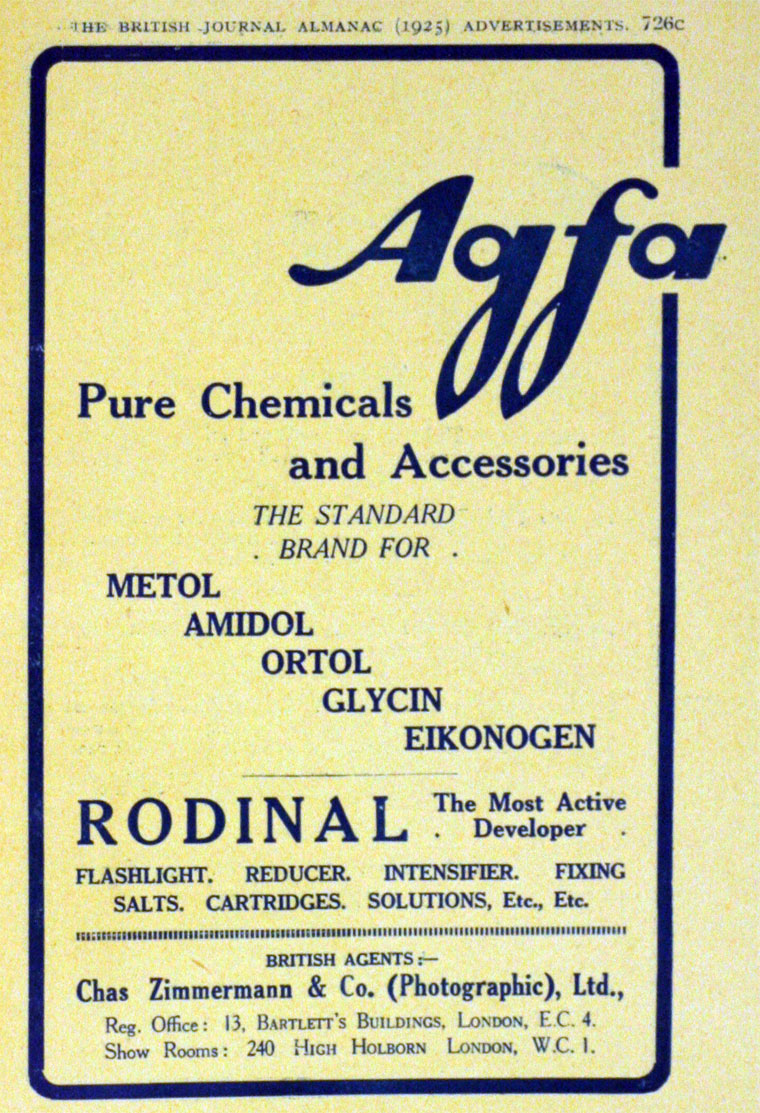 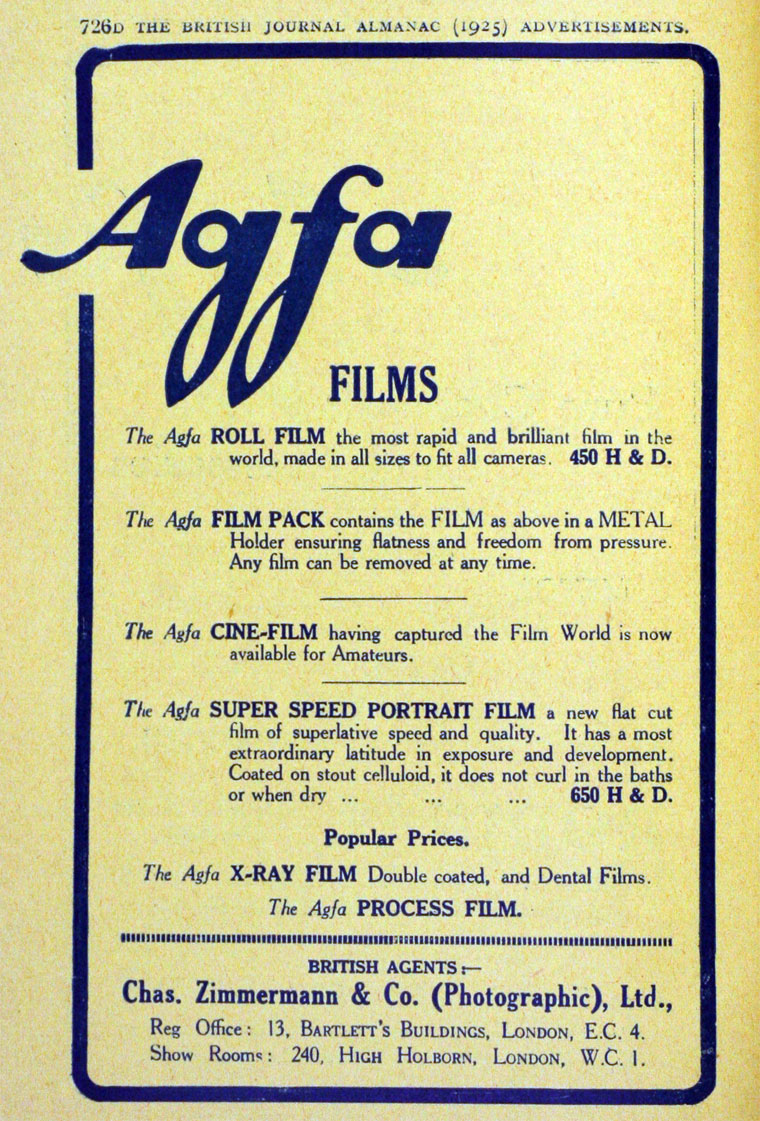 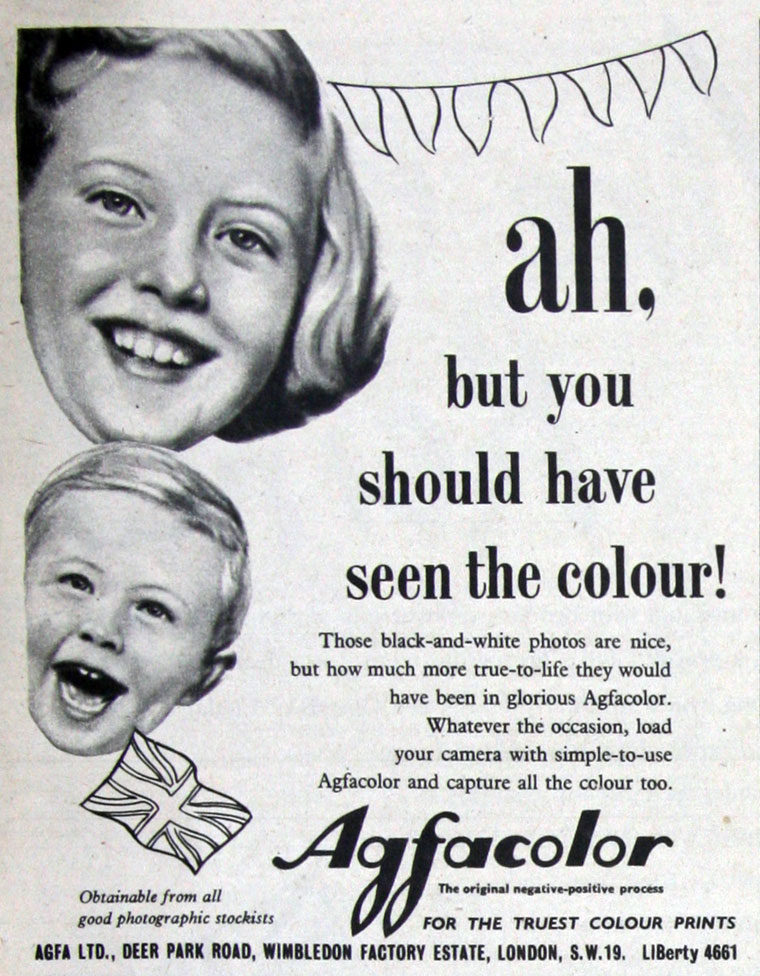 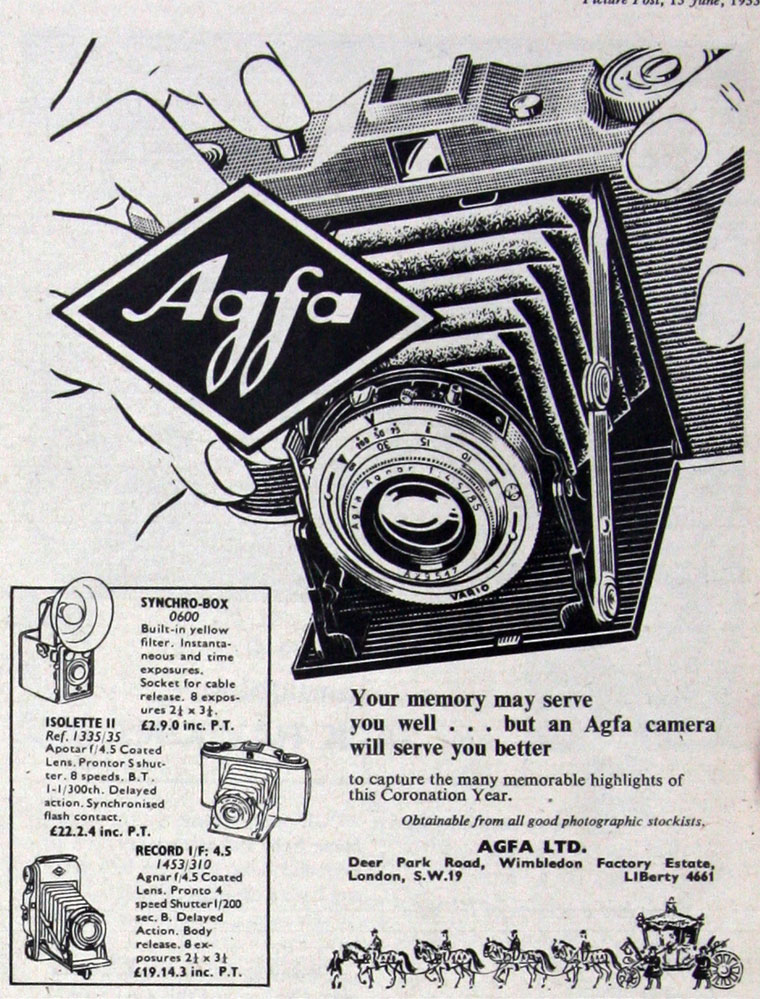 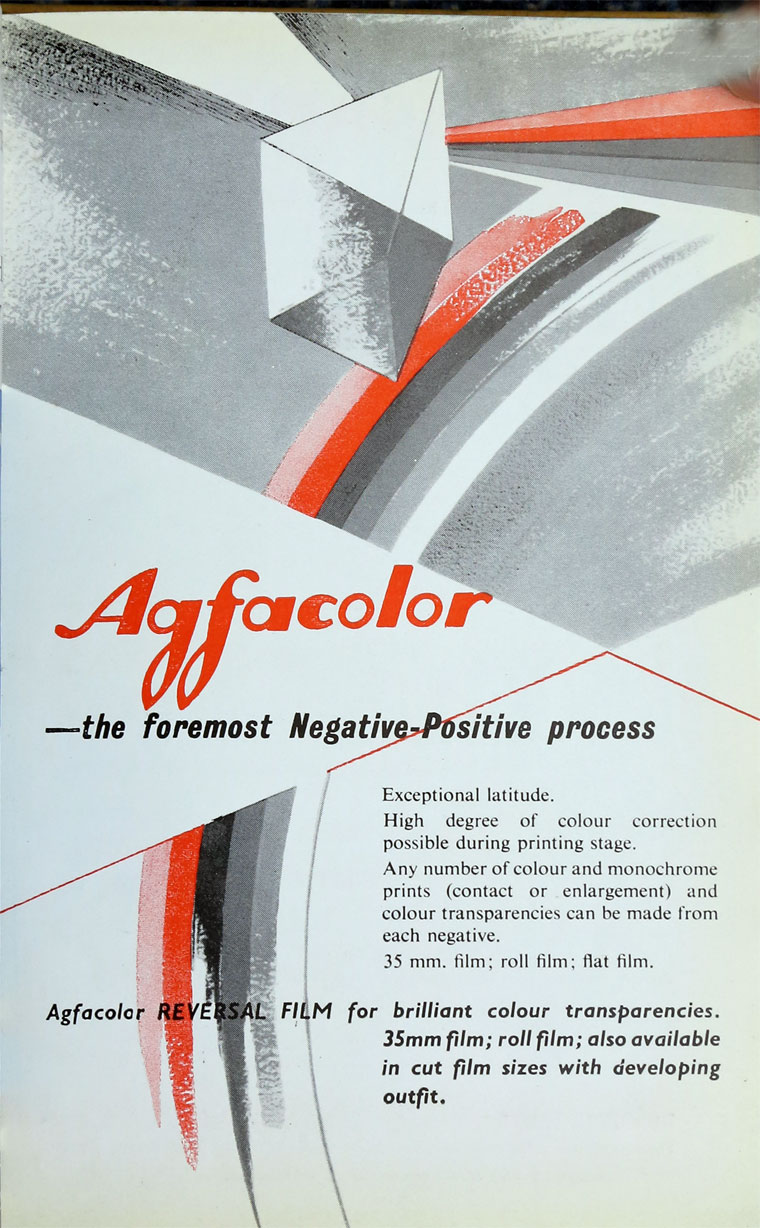 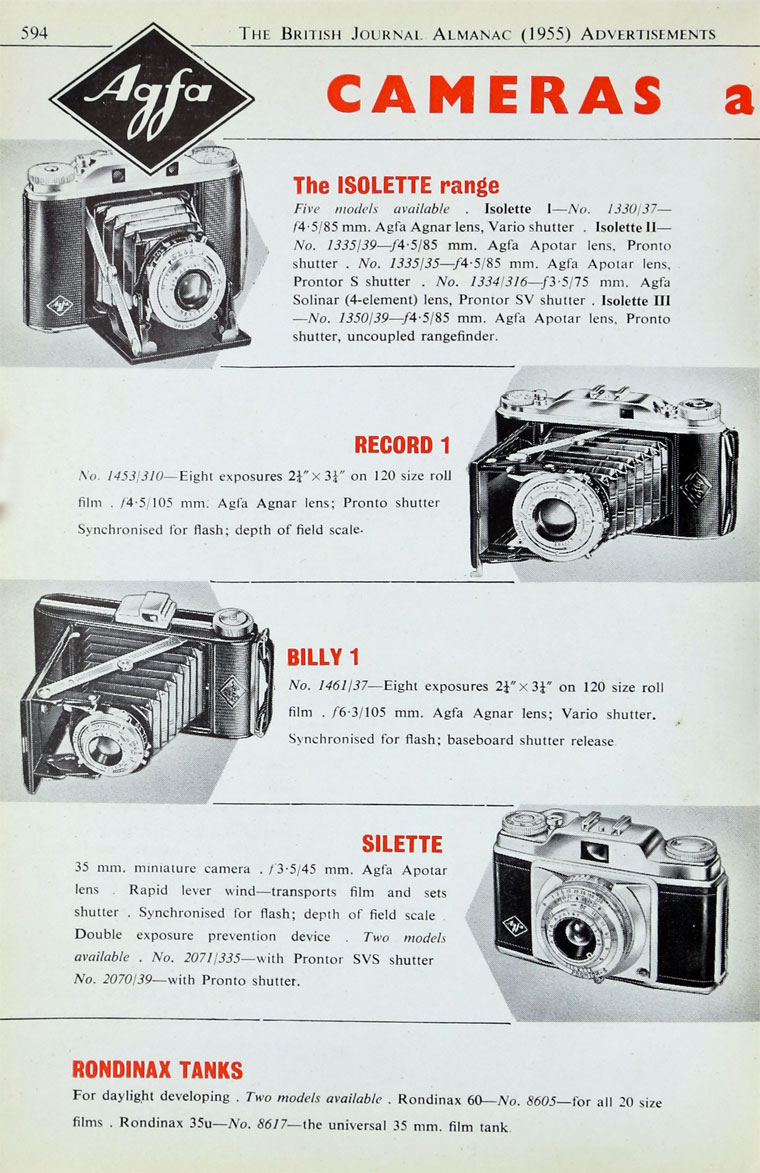 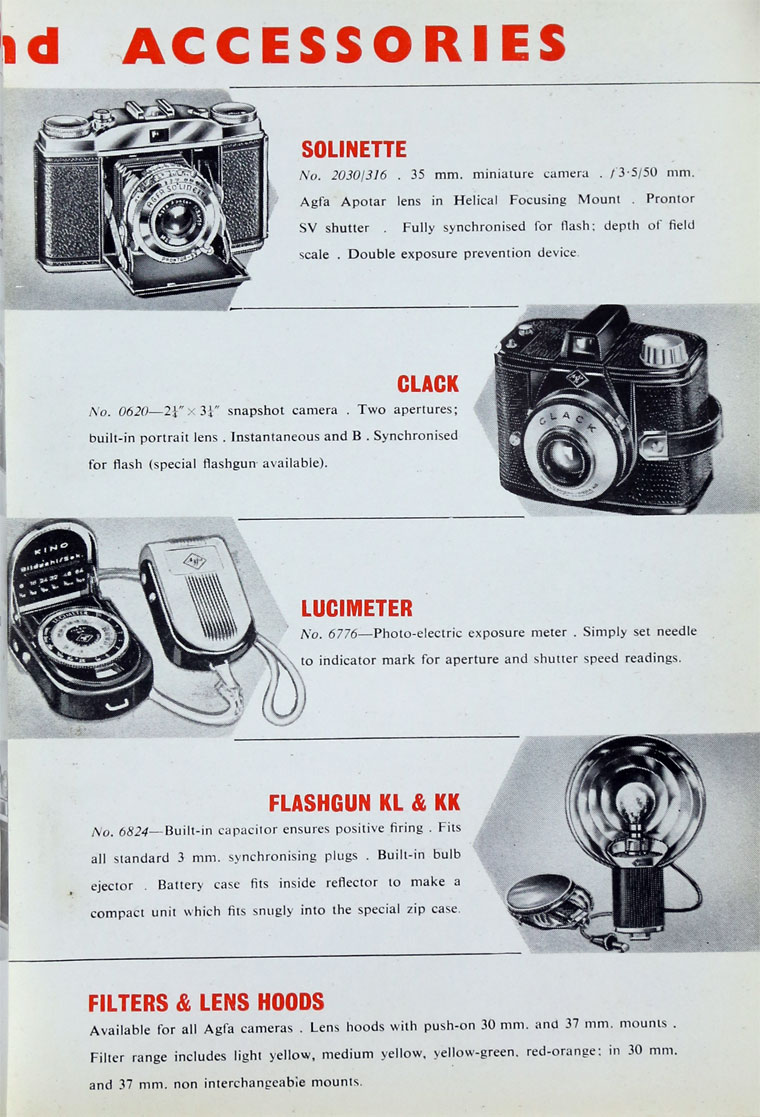 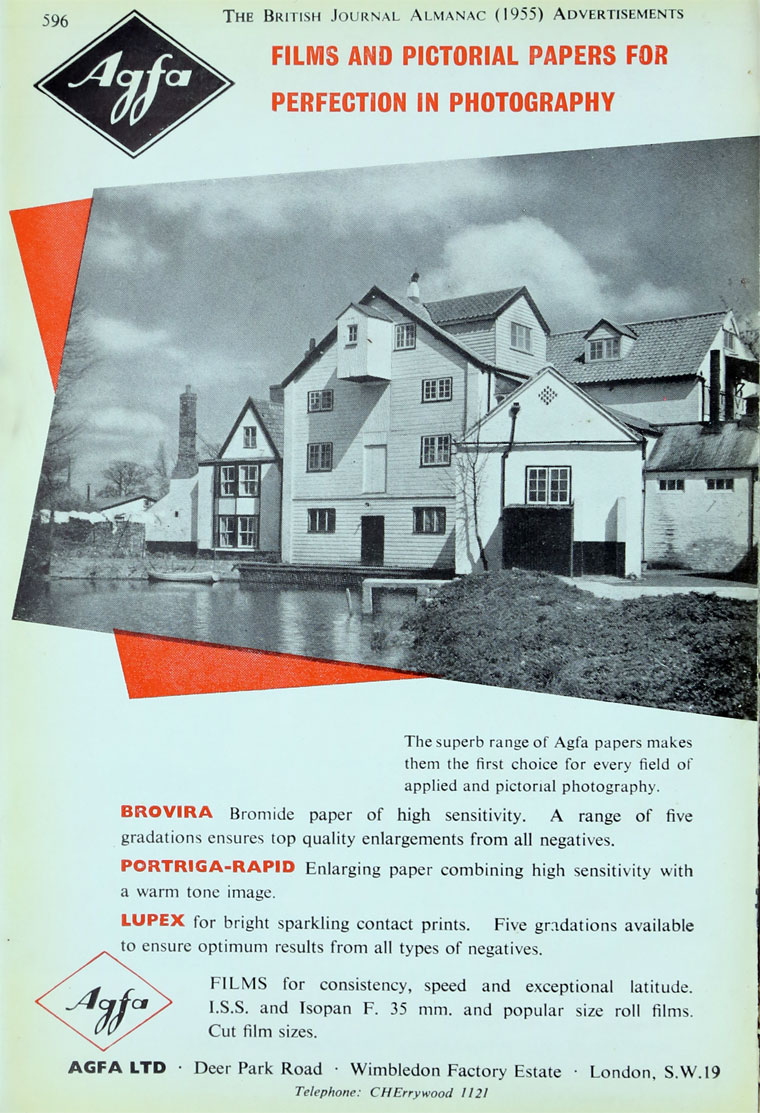 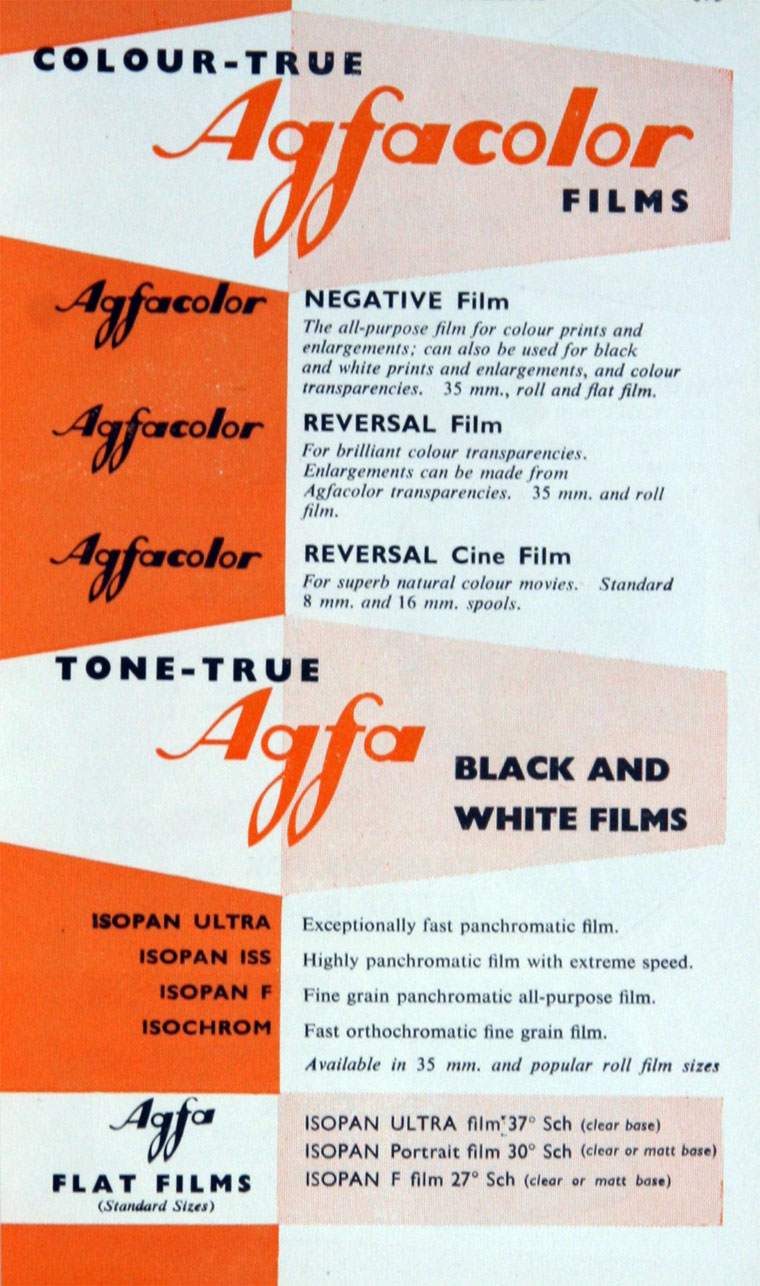 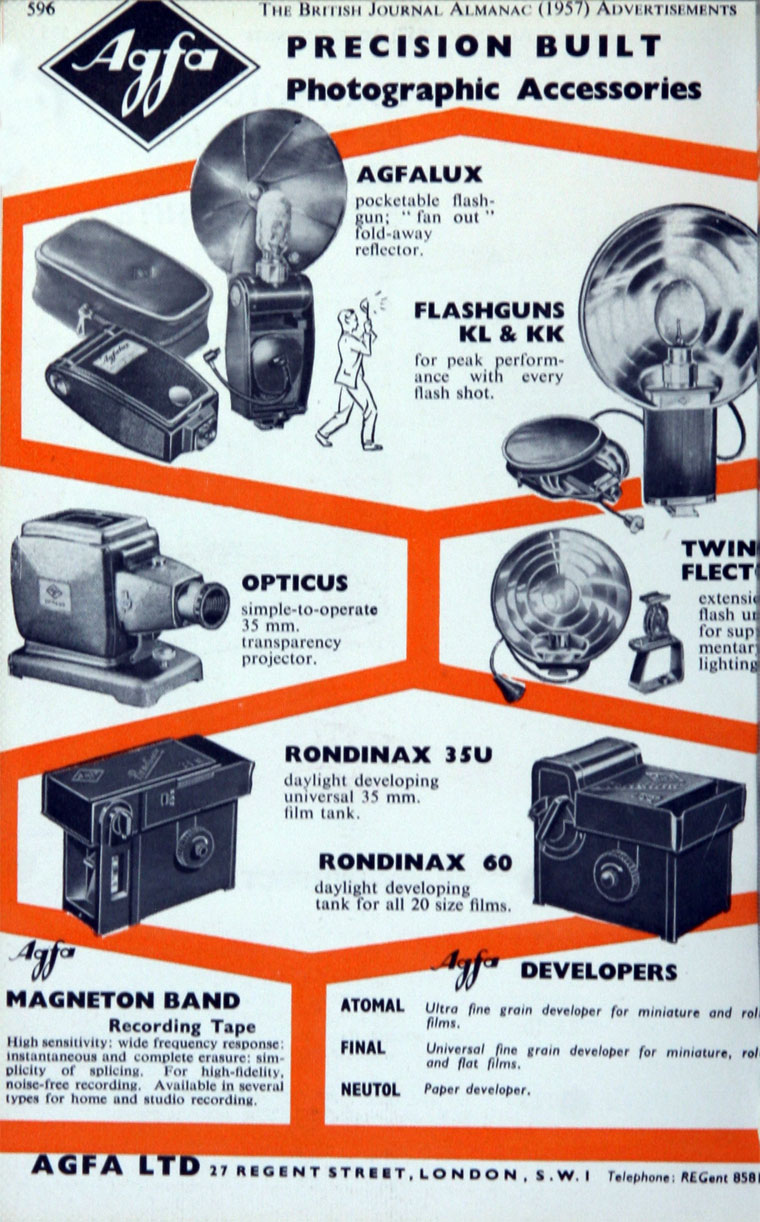 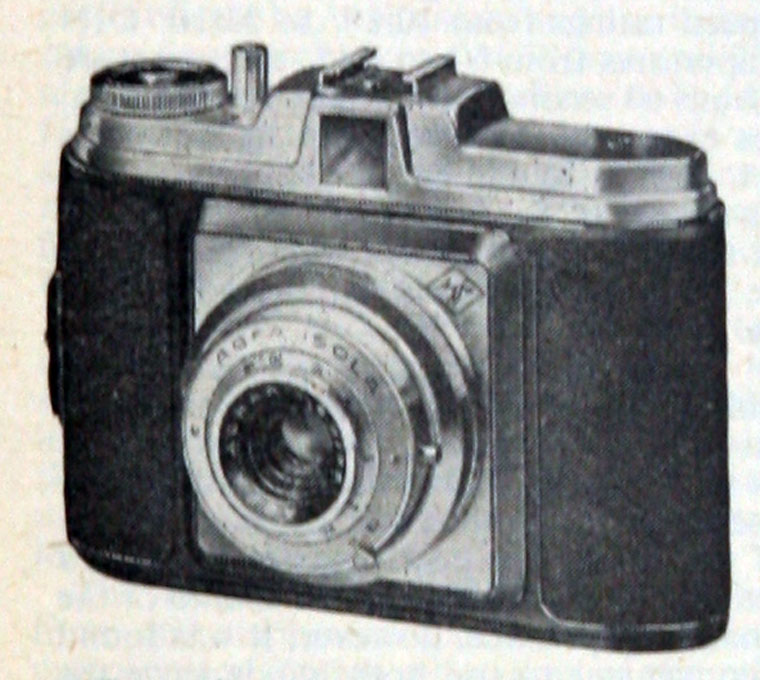 1867 a colour dye factory was established at the Rummelsburger See near Berlin.

1959 Agfa introduced the first fully automatic 35mm camera. In the next three years, Agfa sold a million of the Agfa Optima

1980-81 Significant rise in the price of silver put Agfa-Gevaert in a difficult financial position. Bayer provided additional funds and obtained 100% ownership of the Agfa-Gevaert Group.