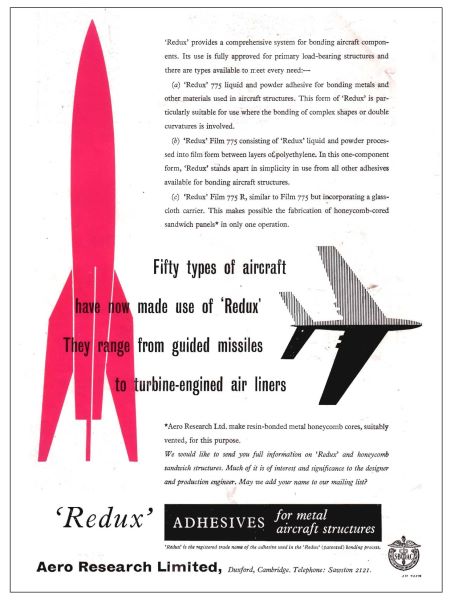 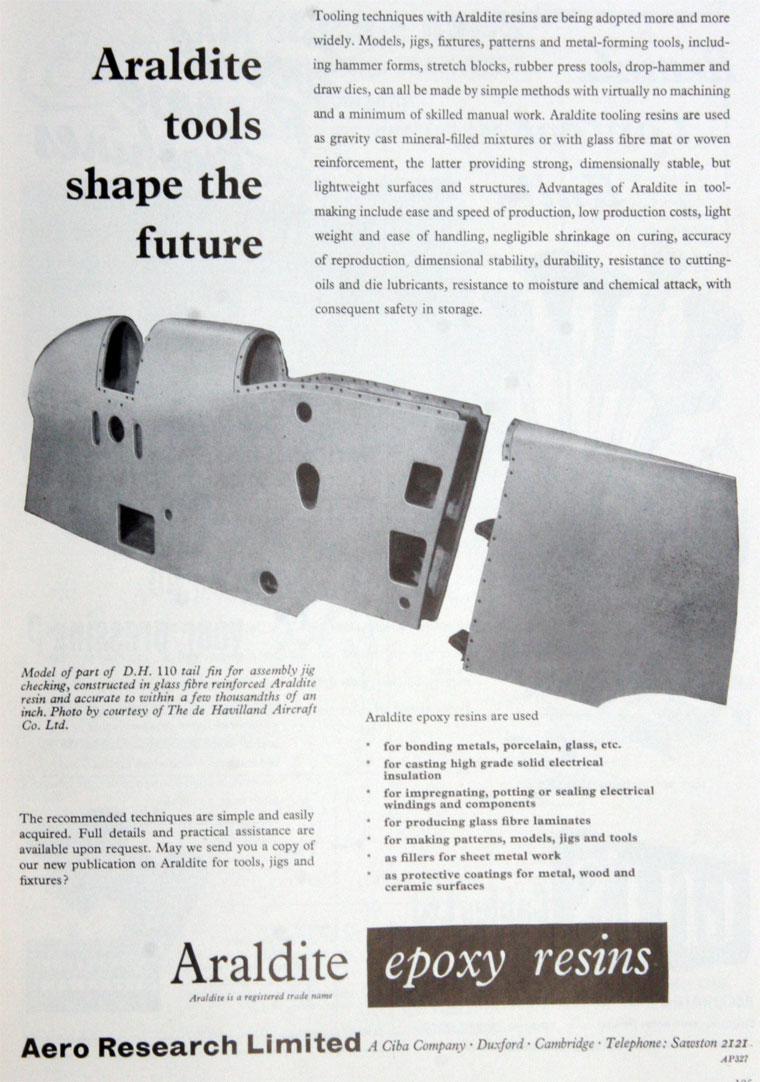 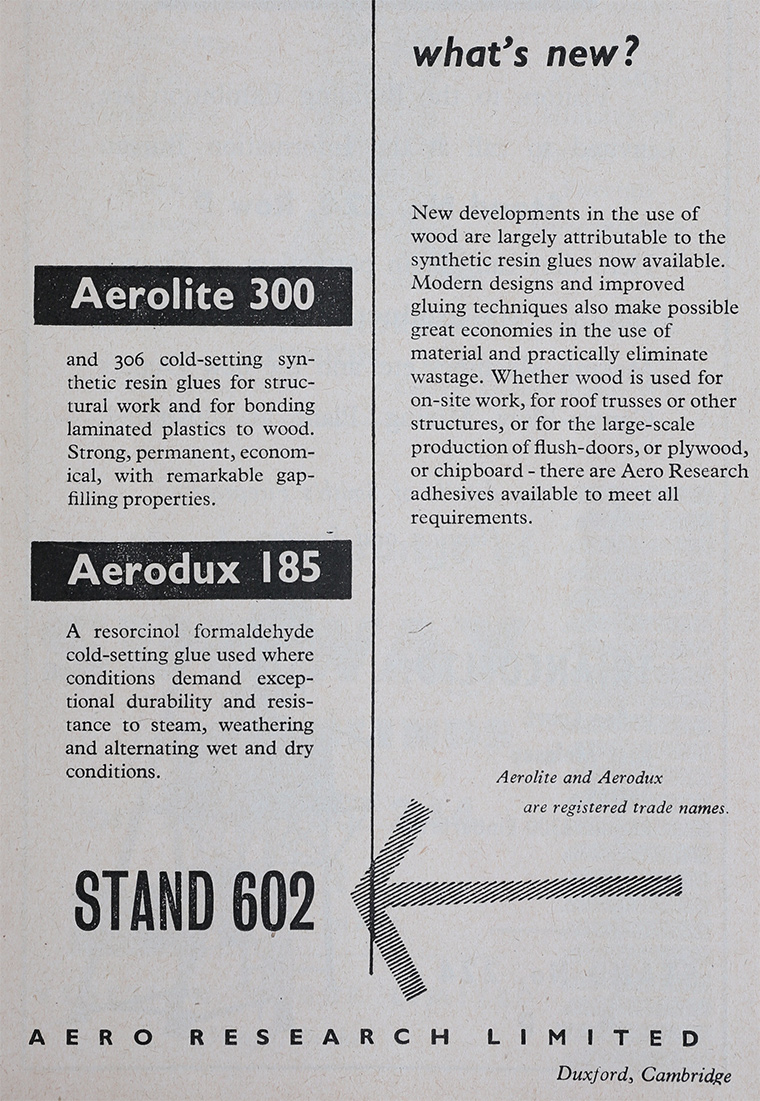 1934 Dr N. A. de Bruyne set up a private, independent company to investigate the use of synthetic resin materials in aircraft construction, supported by the Aeronautical Research Committee and the Department of Scientific and Industrial Research[1]

De Havilland used the adhesives in its Mosquito and Sea Hornet aircraft. Also used by Airspeed in construction of its Horsa gliders.

1942 Introduced Redux for bonding aircraft structures[5]; these were later used in the Comet

1948 Major interest in the company acquired by Ciba