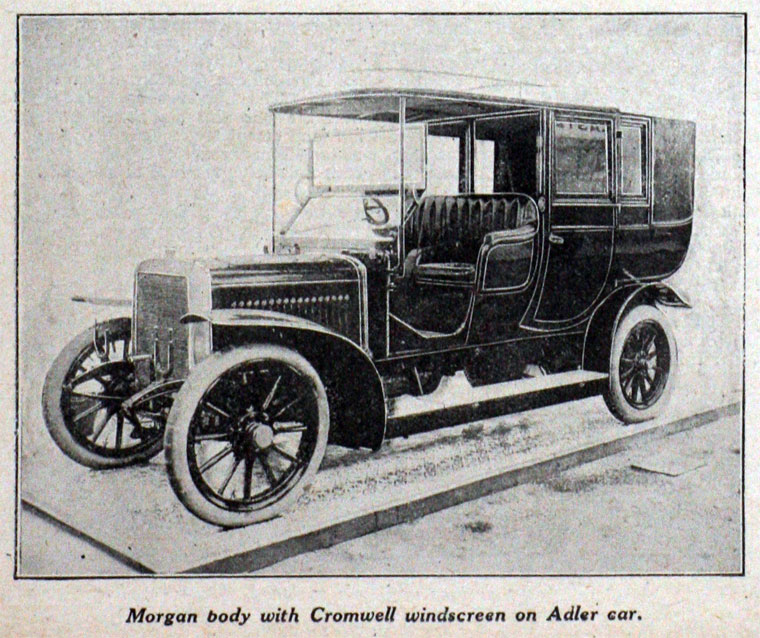 November 1908. Adler with Morgan and Co body and Cromwell windscreen. 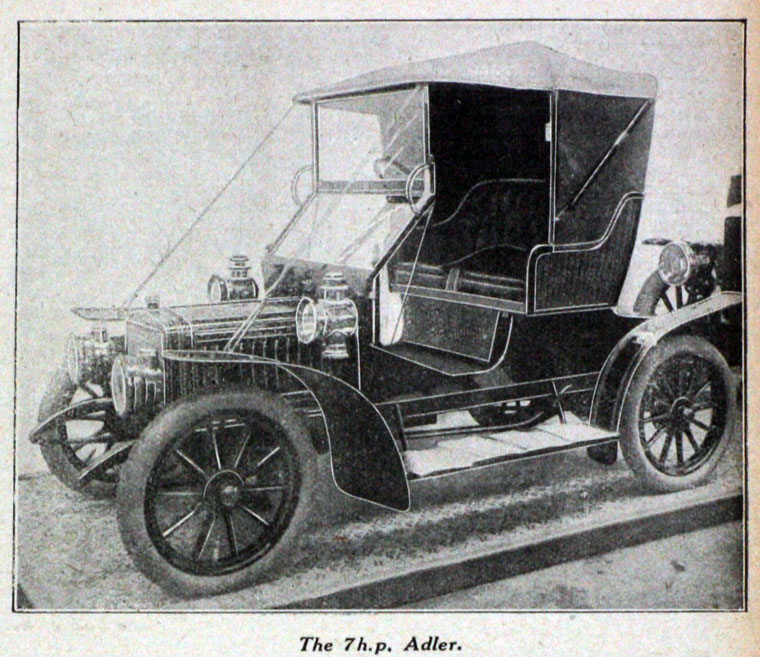 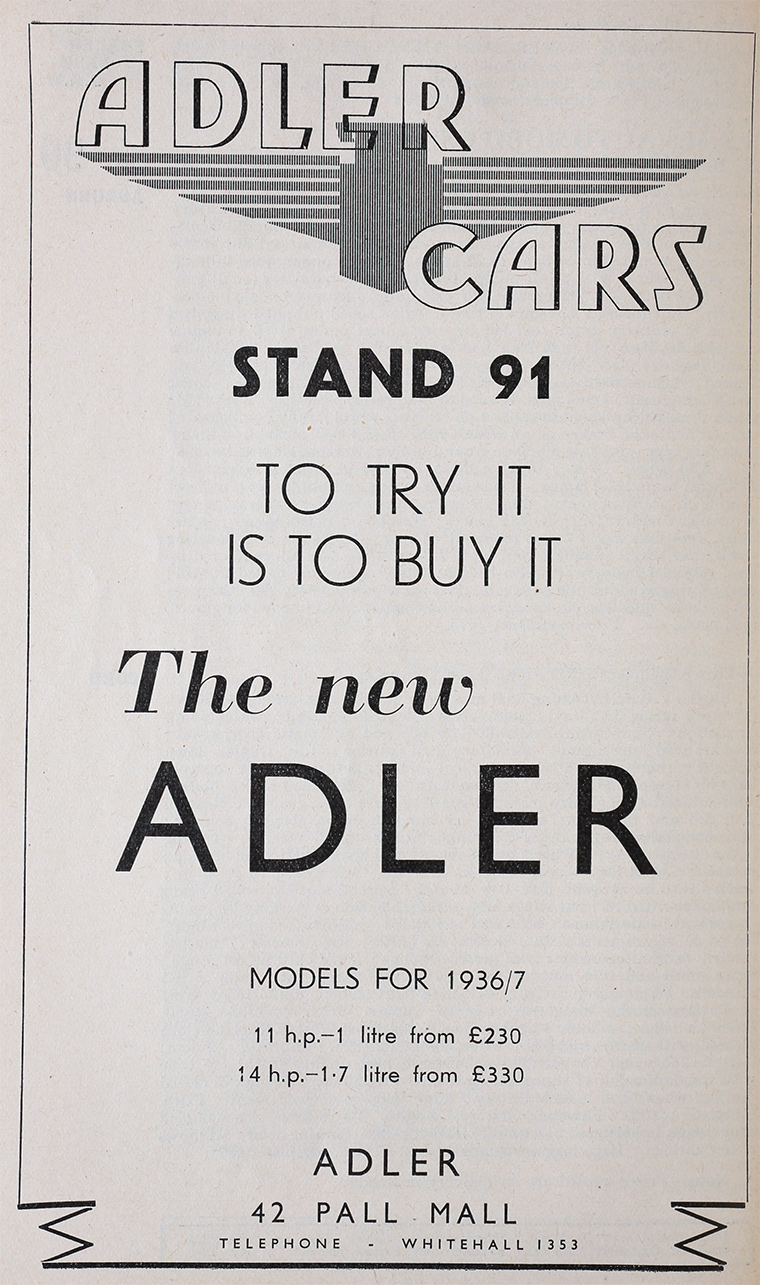 Adler was a German automobile and motorcycle manufacturer from 1900 until 1957.

The Adler factory produced bicycles, typewriters, and motorcycles in addition to cars.

Before World War I, the company used De Dion two- and four-cylinder engines in cars that ranged from 1,032 cc to 9,081 cc; beginning in 1902, they used their own engines as well. These cars, driven by Erwin Kleyer, Otto (both sons of the company founder, Heinrich Kleyer) and by Alfred Theves won many sporting events. In the 1920s, Karl Irion raced many Adlers; popular models of the period included the 2298 cc, 1550 cc, and 4700 cc four-cylinders and the 2580 cc six-cylinders. Many of the Standard models, built between 1927 and 1934, featured Gropius and Neuss coachwork. These had 2916 cc six-cylinder engines and 3887 cc eight-cylinder engines. The Standard was the first Continental European car to use hydraulic brakes, starting in 1926 when they were fitted with an ATE-Lockheed system. 1927 to 1929 Clärenore Stinnes was the first to circumnavigate the world by car, in an Adler Standard 6.

In December 1930, Adler assigned the German engineer Josef Ganz, who was also editor-in-chief of Motor-Kritik magazine, as a consultant engineer. In the first months of 1931, Ganz constructed a lightweight Volkswagen prototype at Adler with a tubular chassis, a mid-mounted engine, and independent wheel suspension with swing-axles at the rear. After completion in May 1931, Ganz nicknamed his new prototype Maikäfer (May Beetle). After a shift in management at Adler, further development of the Maikäfer was stopped as the company's new technical director Hans Gustav Röhr concentrated on front-wheel driven cars.

In the 1930s, the company introduced front-wheel drive Trumpf and Trumpf-Junior models, ranging from 995 cc to 1645cc four-cylinder sv engines. These gained many successes in races, including in the Le Mans race. The 1943 cc Favorit, the 2916 cc six-cylinder Diplomat (featuring 65 hp (48 kW) at 3800 rpm, and the 1910 cc four-cylinder and 2494 cc six-cylinder models (with Ambi-Budd and Karmann bodywork) were all rear-driven; these were built until World War II. The last new car introduced by Adler was the 2.5 litre of 1937; it had a six-cylinder engine producing 58 hp (43 kW). Thanks to a streamlined body designed by Paul Jaray, this car could run at 125 km/h (78 mph).

After World War II, a decision was made not to resume automobile construction. Motorcycle production resumed in 1949 and continued for 8 years, leading to the production of the MB 250S. As part of the Allies war reparations, Adler motorcycle designs had been taken by BSA in Britain. Increasingly, Adler focused on the manufacture of office equipment. The company associated with Triumph to form Trumpf-Adler, and was taken over by Grundig in 1957, then later by Olivetti.