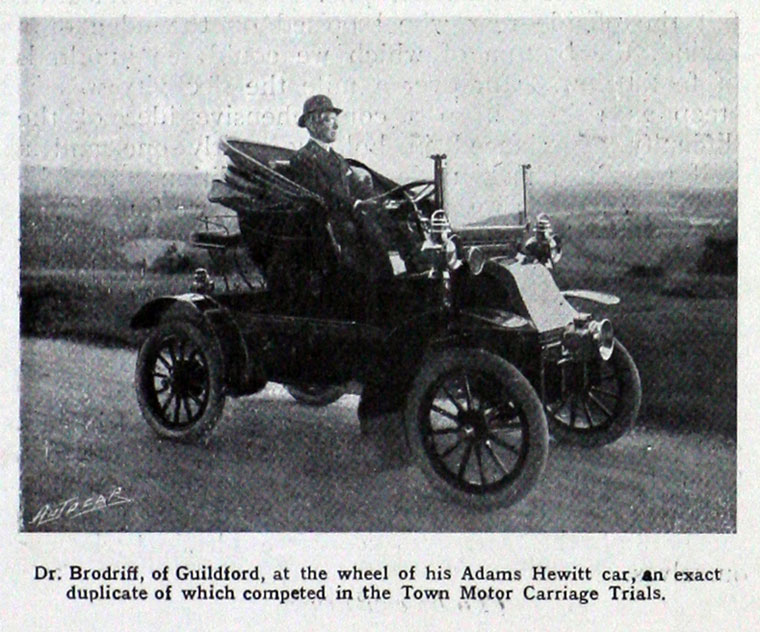 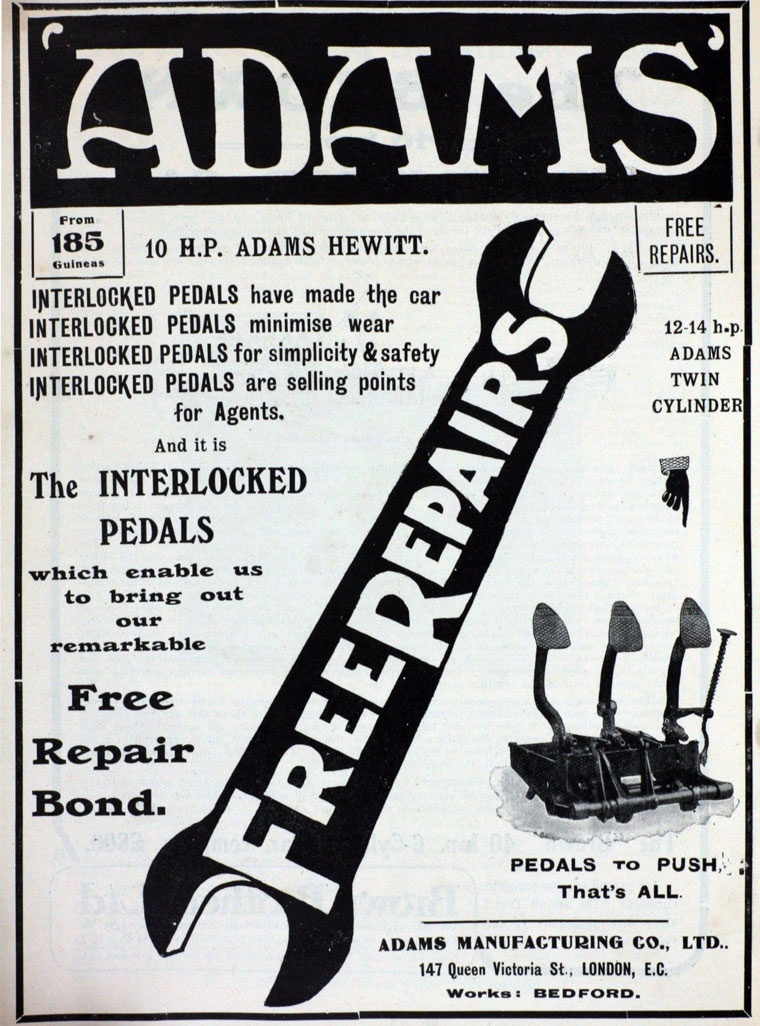 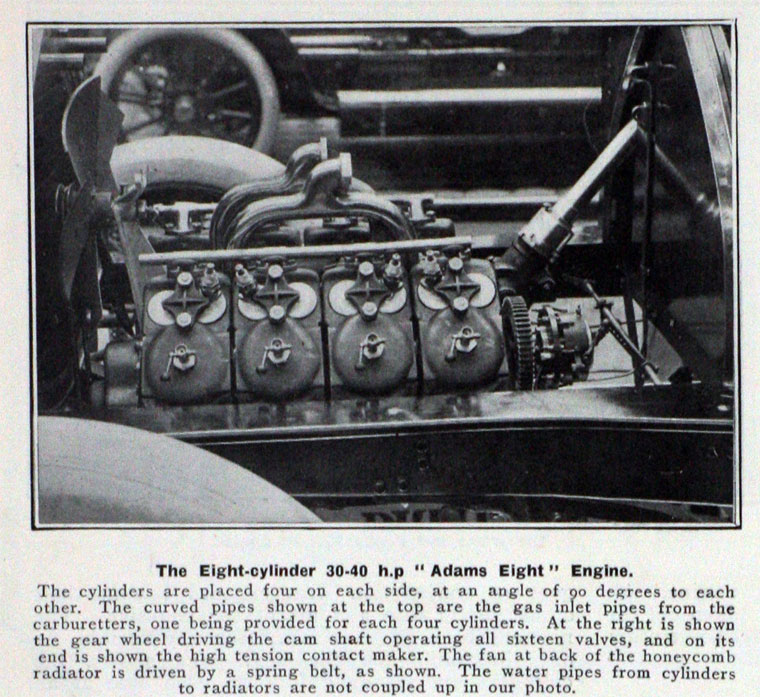 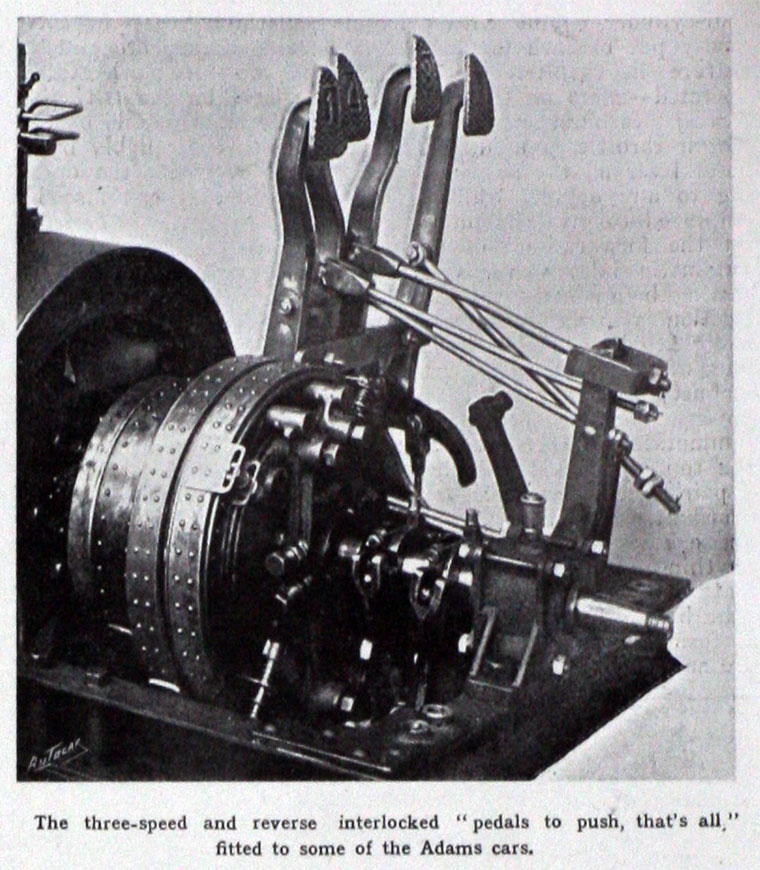 The Adams Manufacturing Co was an English automobile manufacturer in Bedford between 1905 and 1914.

c.1900 Arthur Henry Adams, an American electrical engineer, went into business on his own account

Hewitt designed a "gas buggy" along the lines of an Oldsmobile; this machine was built by the Adams Manufacturing Company.

Models offered included two- and four-cylinder cars and one of the first British V-8s; this had a 35/40 hp engine based on the French Antoinette model (an aero engine for which Adams were agents). But the V-8 was plagued by crankshaft breakages.

In 1910, the company produced an advanced 16 hp model with front-wheel brakes; it came with compressed-air starting, tyre-inflating and jacking equipment. The "pedals-to-push" gear was still offered, as was a conventional four-speed transmission and an unusual planetary gear change (three-speed), which was operated by a pedal that moved in a gate.