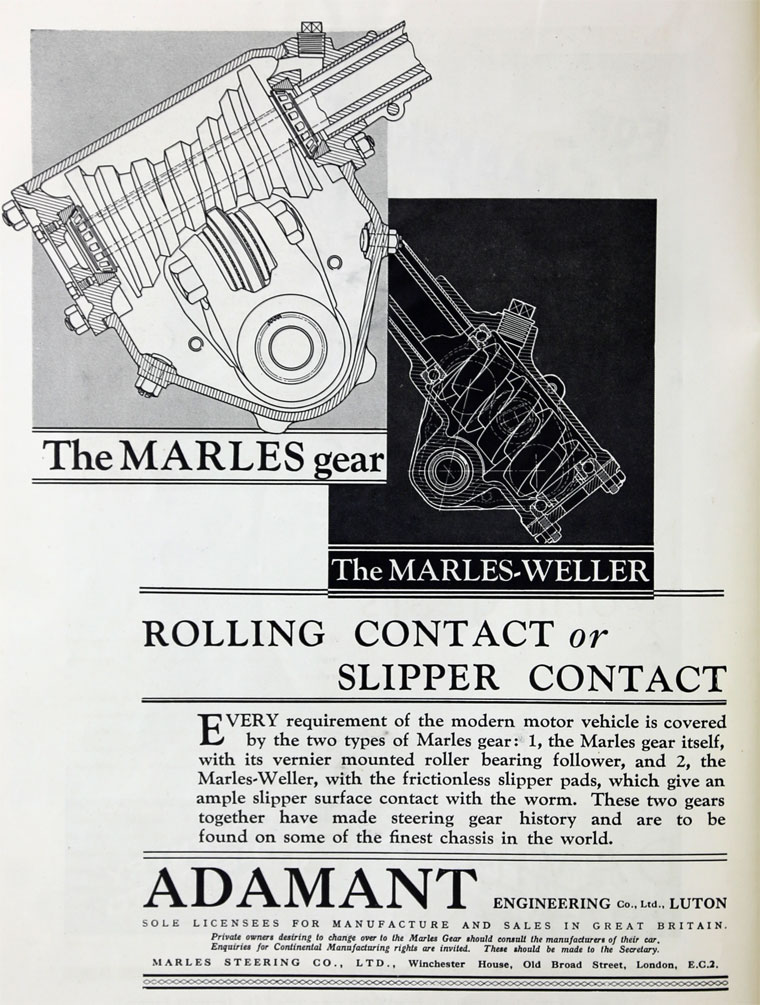 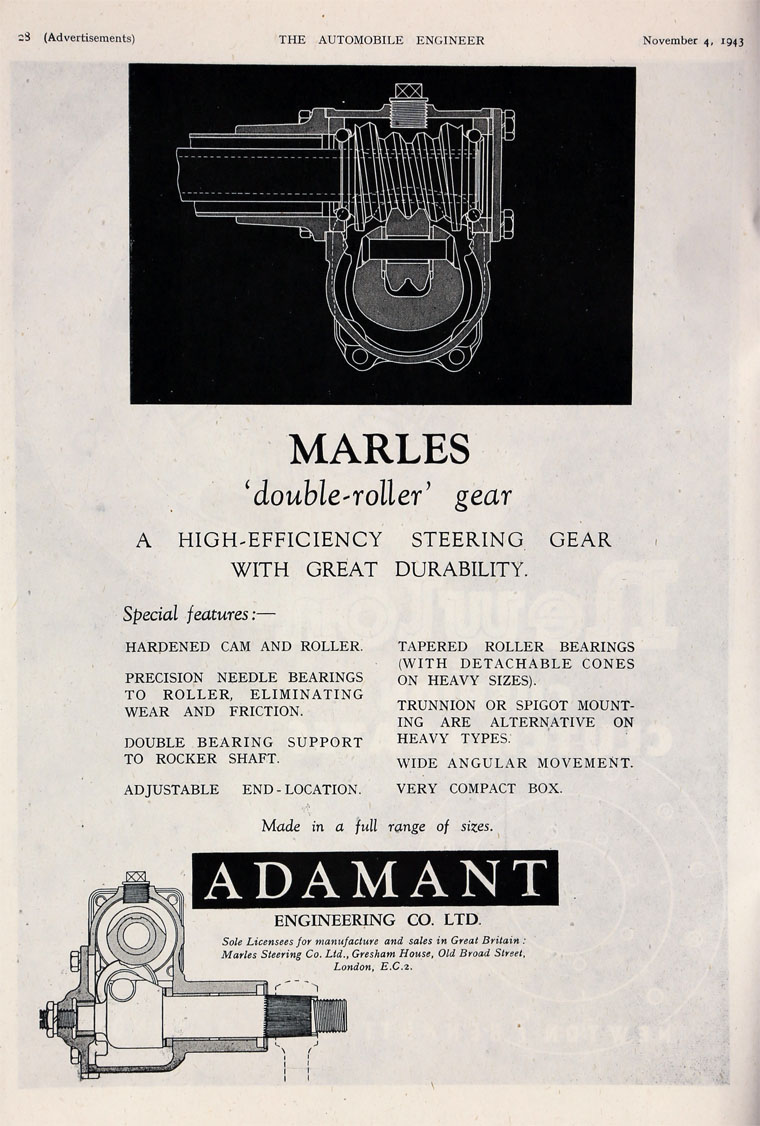 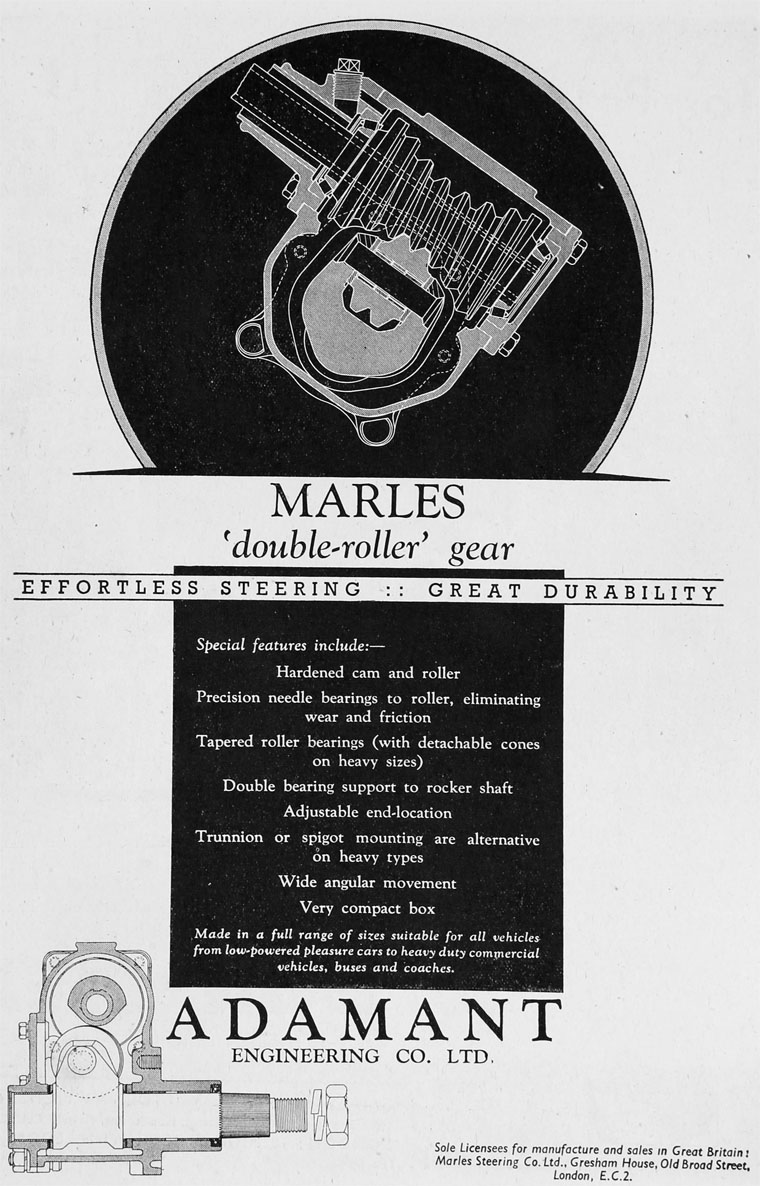 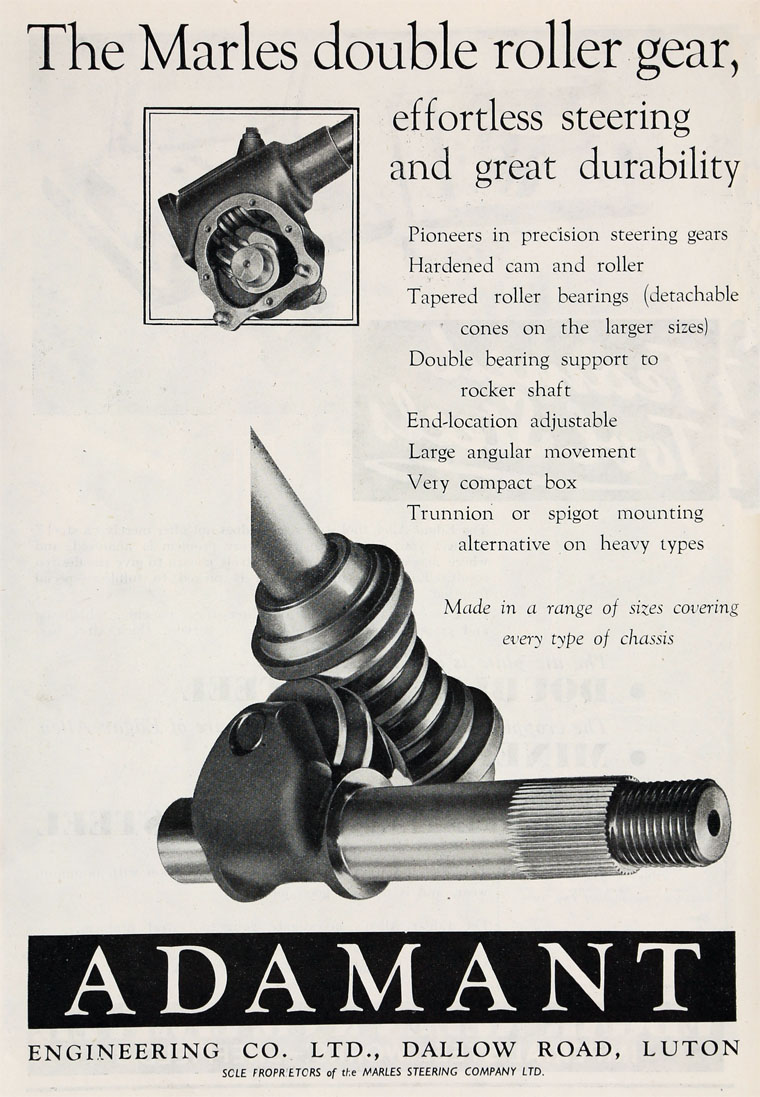 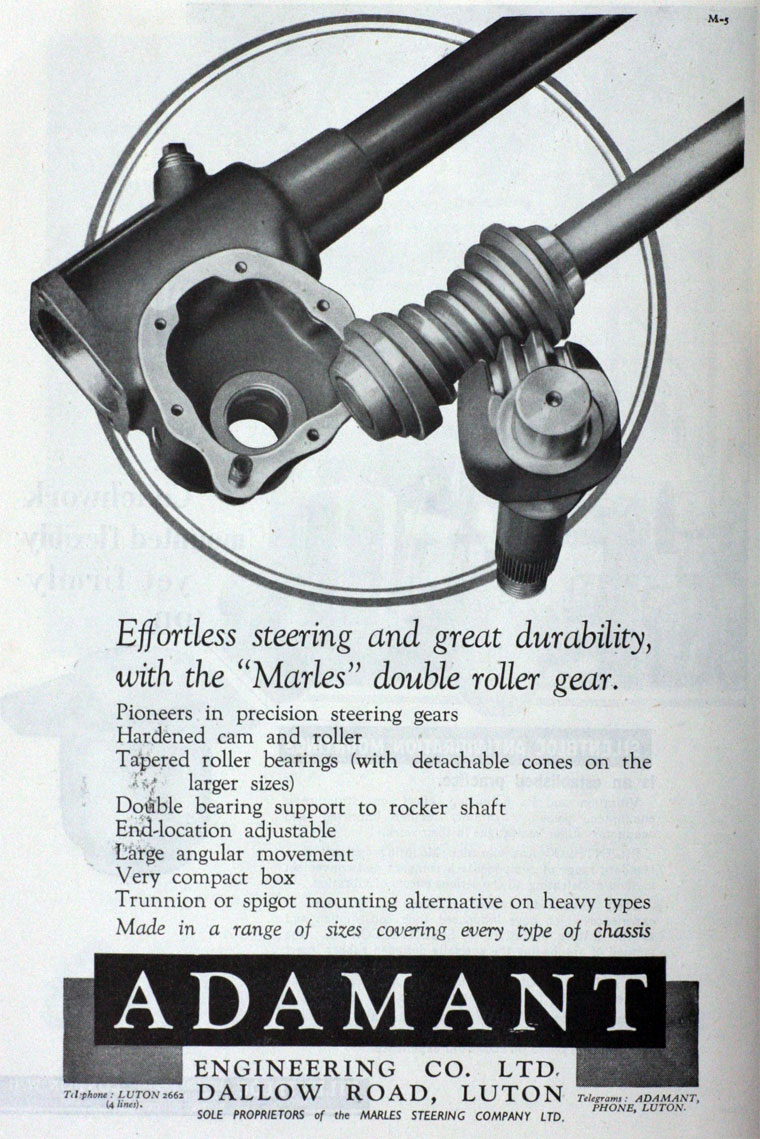 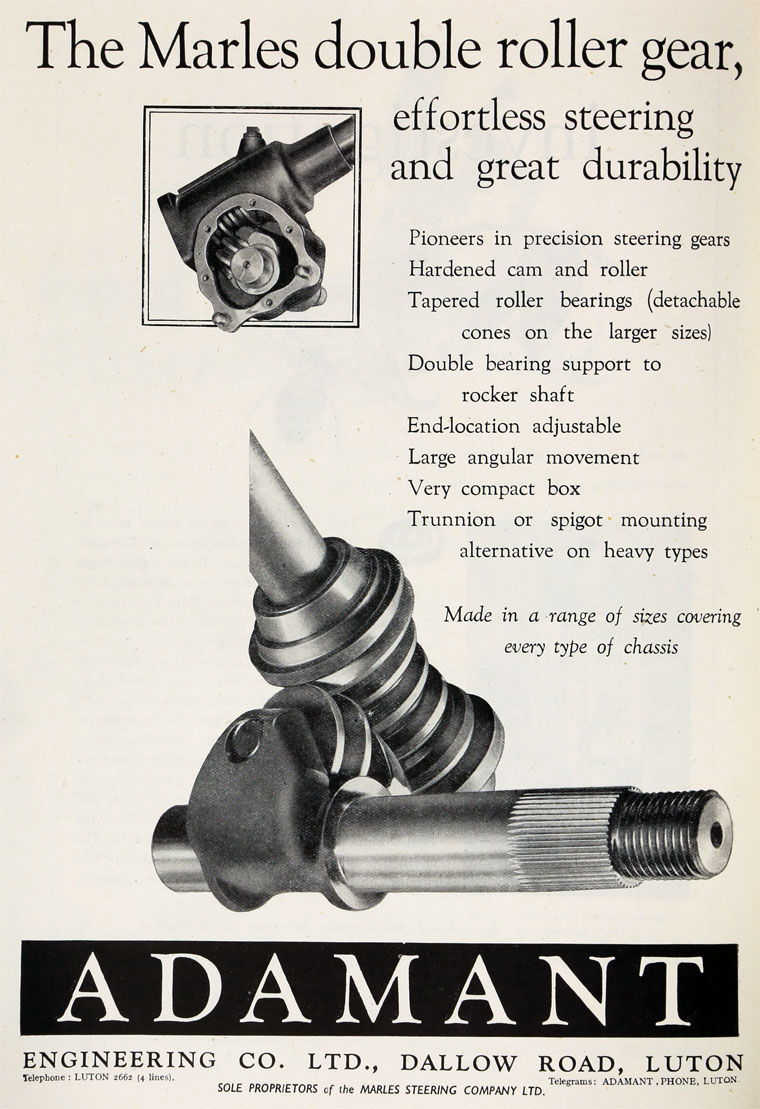 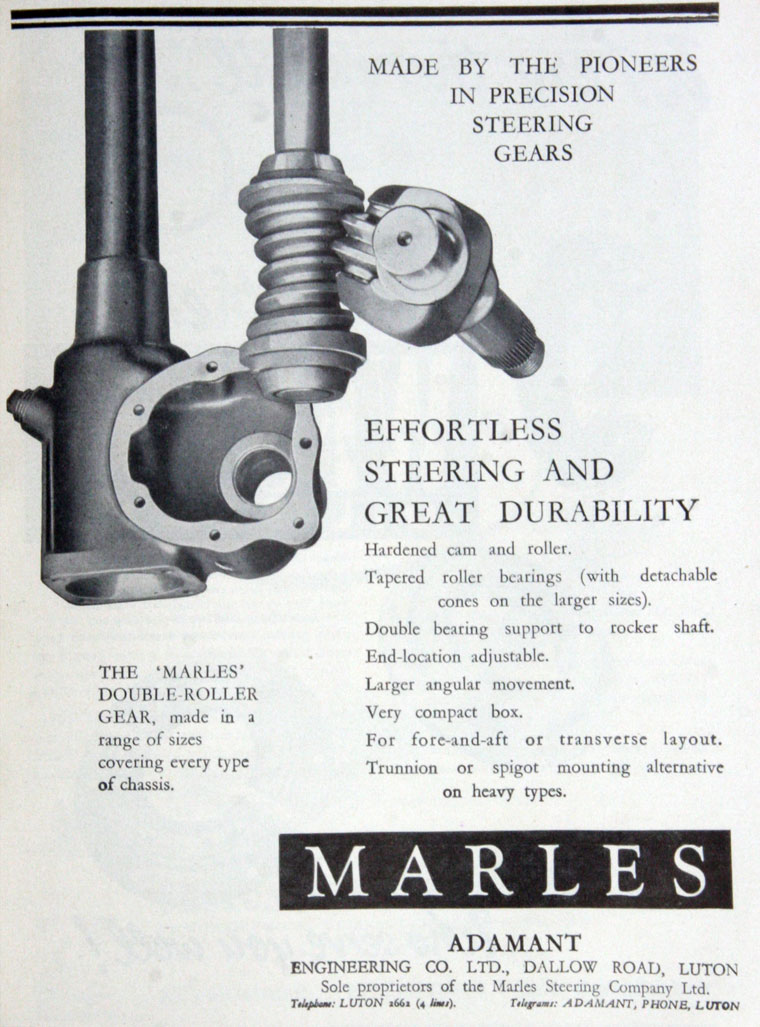 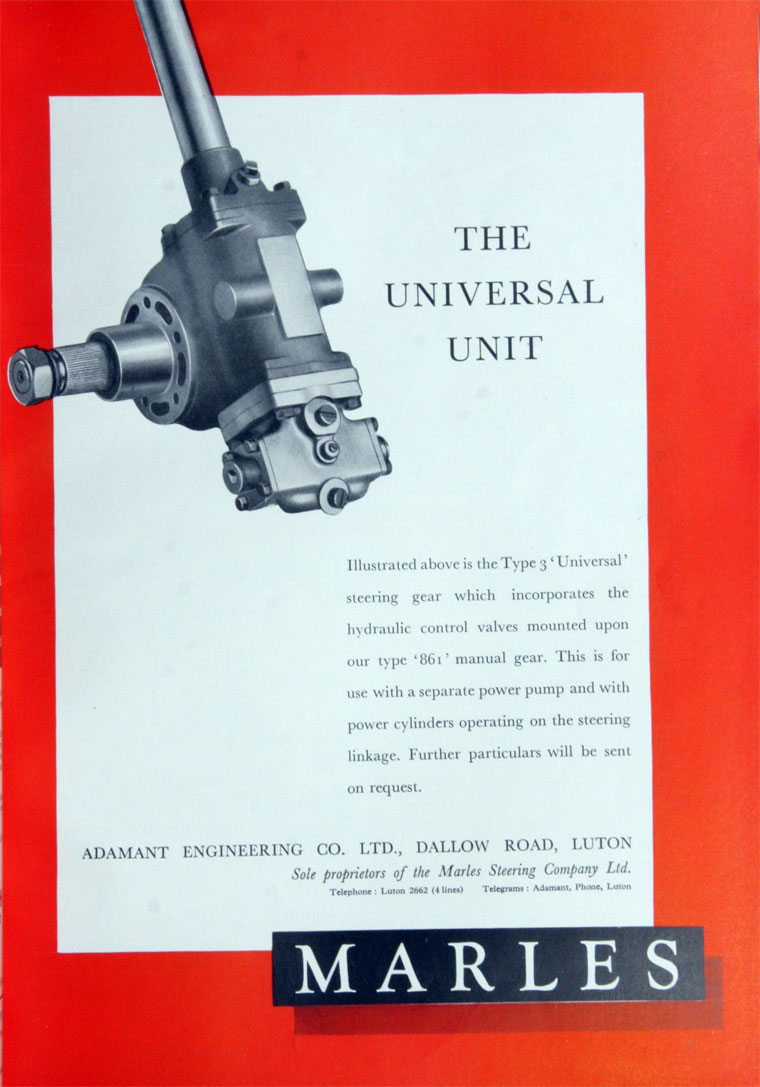 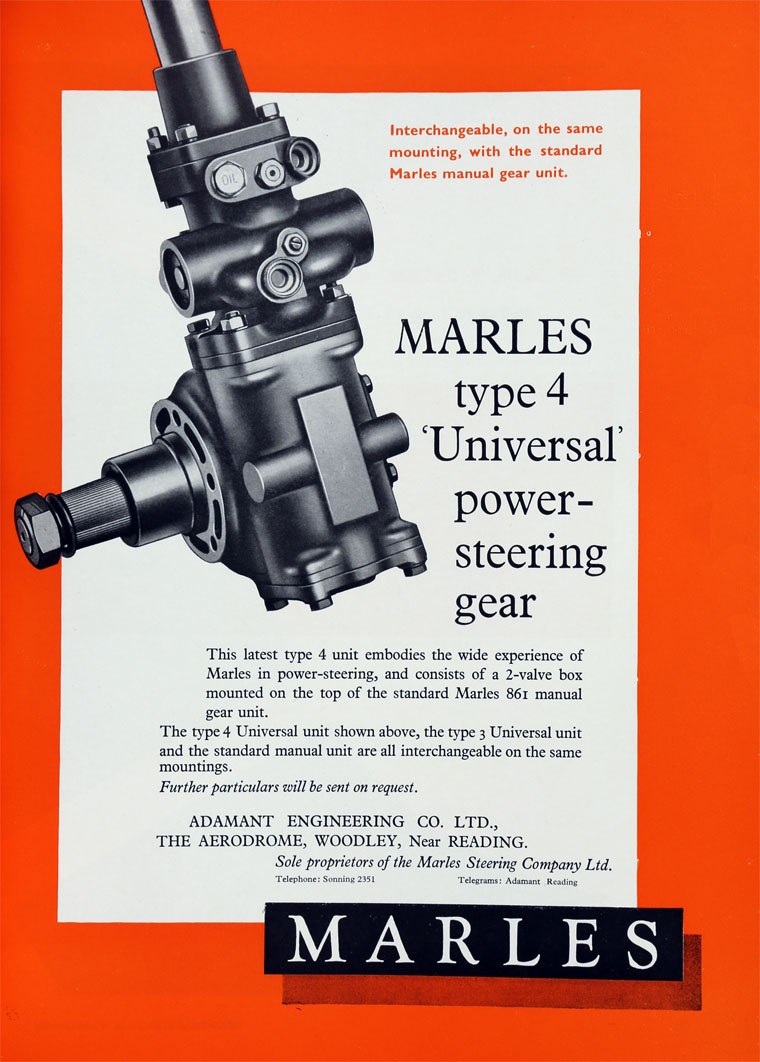 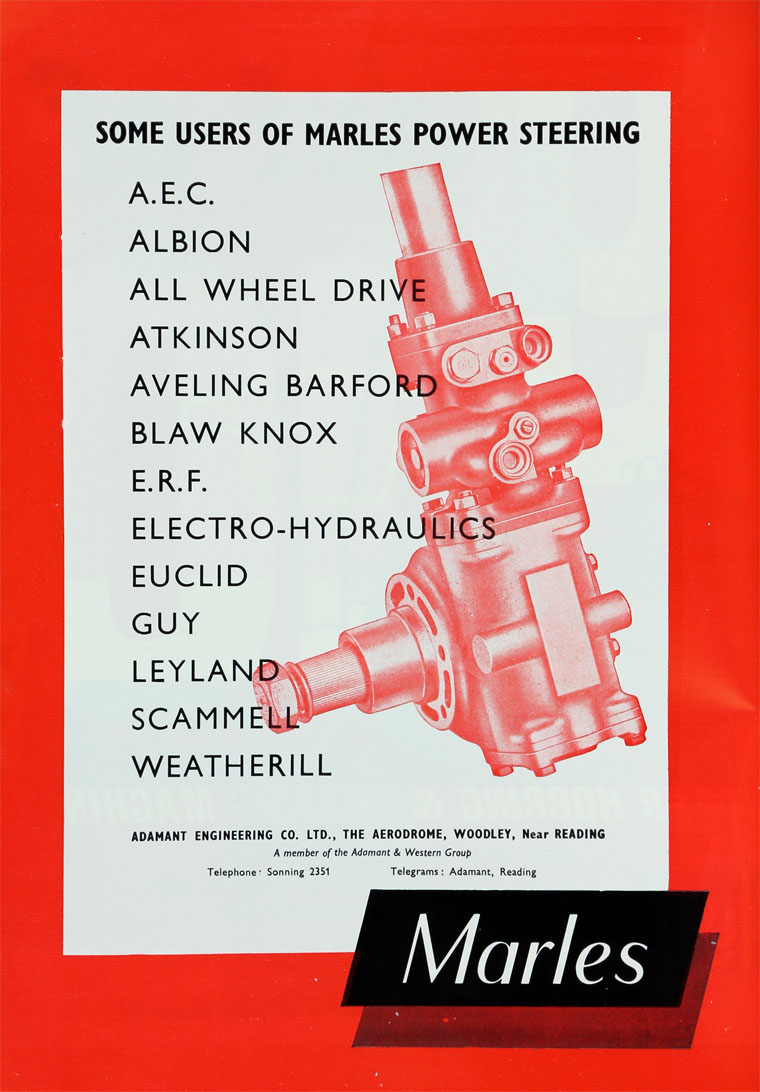 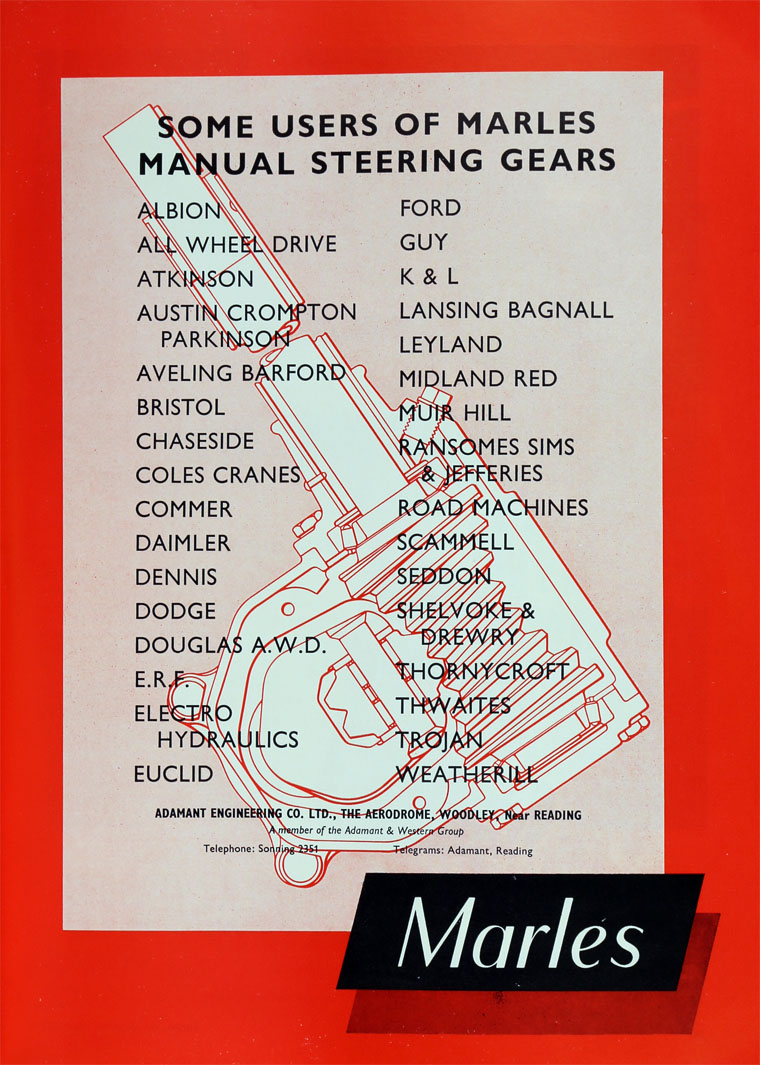 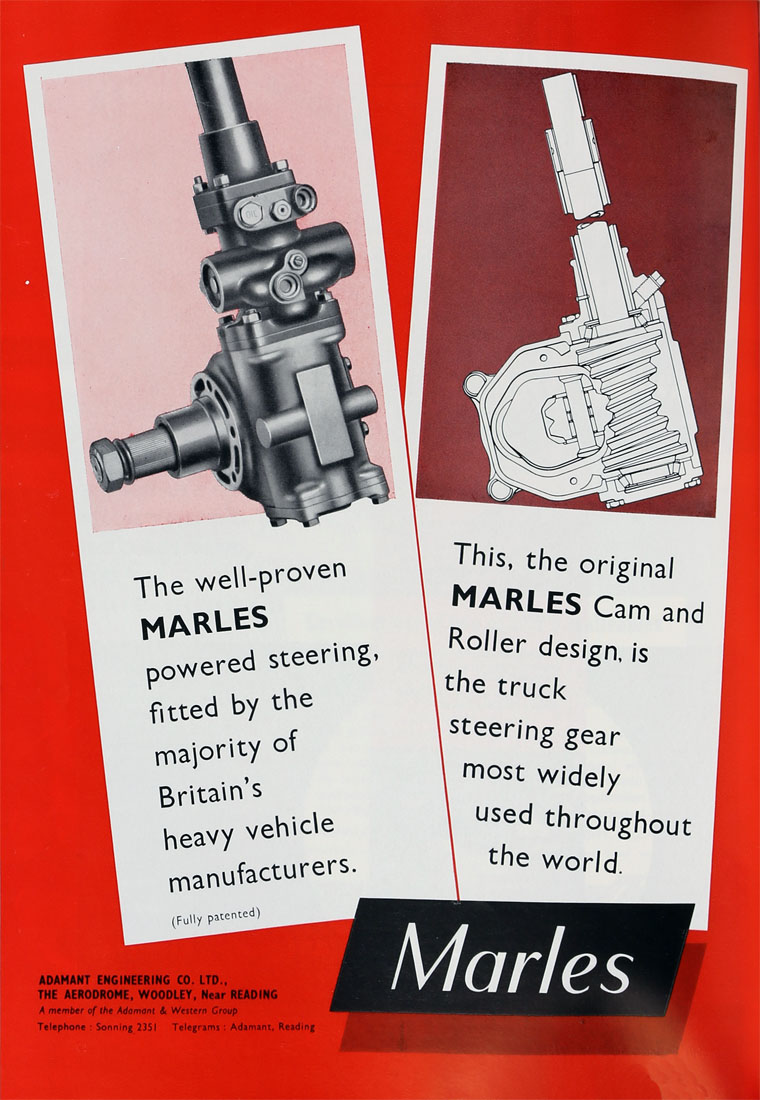 1919 Incorporated as private company to take over the business of engineers and founders of J. C. Threadgold and Sons

1950 Agreement with Gemmer Manufacturing Co for exchange of information and exploitation of any improvements worldwide made by either party (related to Marles steering gear).

1955 Merger with Western Manufacturing of Reading to form Adamant and Western Engineering[5].

1961 Agreement with Bendix Corporation of USA for manufacture and sale of Bendix manual and power-assisted steering[6].