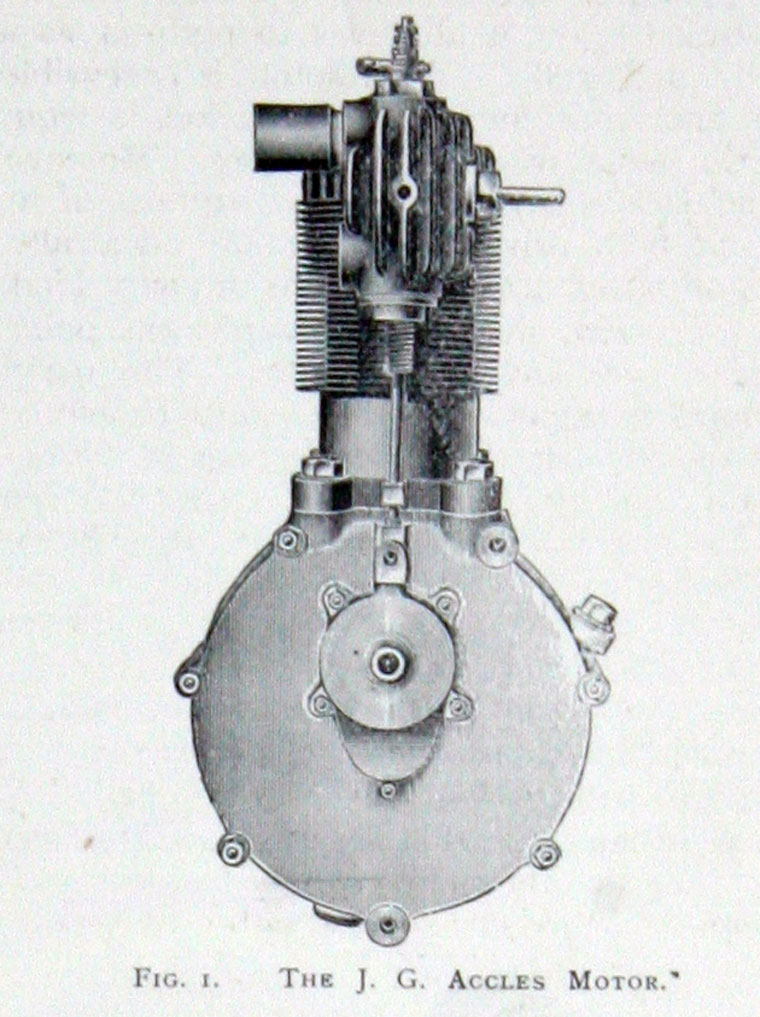 1888 The Gatling Gun Co took over Holdford Mill from the National Arms and Ammunition Co.

1891 Grenfell and Accles Ltd took over the business of the Gatling Gun Co in liquidation.

1896 New company Accles Ltd was set up as a public company to take over the businesses of Grenfell and Accles Ltd and Accles Arms and Ammunition Manufacturing Co and operate them as going concerns [3]; J. G. Accles would join the board. The company would exploit the relatively new process of cold drawing with its considerable potential in the booming bicycle industry [4]. A new weldless steel tube shop would be erected by the vendors; the main activities already at the works were cycles and general engineering and ammunition; a new machine shop would be erected; contracts had been entered into for making the Li-mi-num cycle [5].

1897 The Fleet Cycle Co was formed and negotiated an agreement with Accles to supply cycle manufacturing equipment to Fleet; eventually it was decided the 2 companies should merge but the agreement had not been signed by the time Accles went into liquidation[7].

1898 Accles Ltd went into liquidation. The Lu-mi-num Manufacturing Co, in liquidation later that year, had previously placed a large order with Accles for cycle frames; the Accles' receiver had written to shareholders in Lu-mi-num Manufacturing Co that he had taken possession of the business but this did not include Fleet Cycle Co Ltd [8]. The Fleet Cycle Co was later wound up [9]. Accles' secretary, Charles Barlow, took over Accles, forming Accles Tube Syndicate, a venture unconnected with George Accles [10].

1899 Accles took out patents for a carburettor and for ignition systems for petrol engines.

1899 By October, the British pioneer motorist Charles McRobie Turrell, who had helped organise the 1896 London-Brighton "Emancipation" run, joined Accles. A joint 'autocar' patent was taken out, shortly followed by the forming of 'Accles-Turrell Autocars'[12][13].

1899 Reference to the Accles machine gun as one of several that had been tested by the US Government [14].

1900 The Accles works were advertised for sale by order of the High Court[15].

1900 A new company Accles Turrell Autocars was registered to implement an agreement to acquire the business of motor car and motor cycle manufacturers carried on at Holford Works under the style of Accles-Turrell; the first directors appointed were J. G. Accles, Charles McRobie Turrell, Thomas Pollock and Joseph P. Bedson [16].

1901 The name was changed to Accles and Pollock, after financial backing was provided by Tom Pollock[17].

1902 February. The Company was forced to leave Holford Mill, moving to Oldbury [18].