Grace's Guide is the leading source of historical information on industry and manufacturing in Britain. This web publication contains 137,459 pages of information and 221,559 images on early companies, their products and the people who designed and built them. 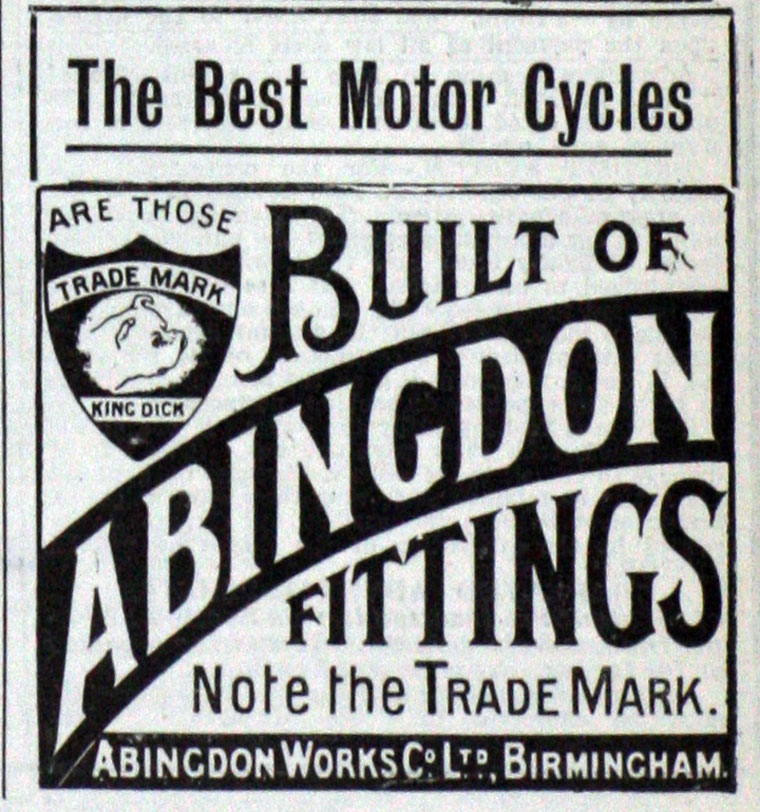 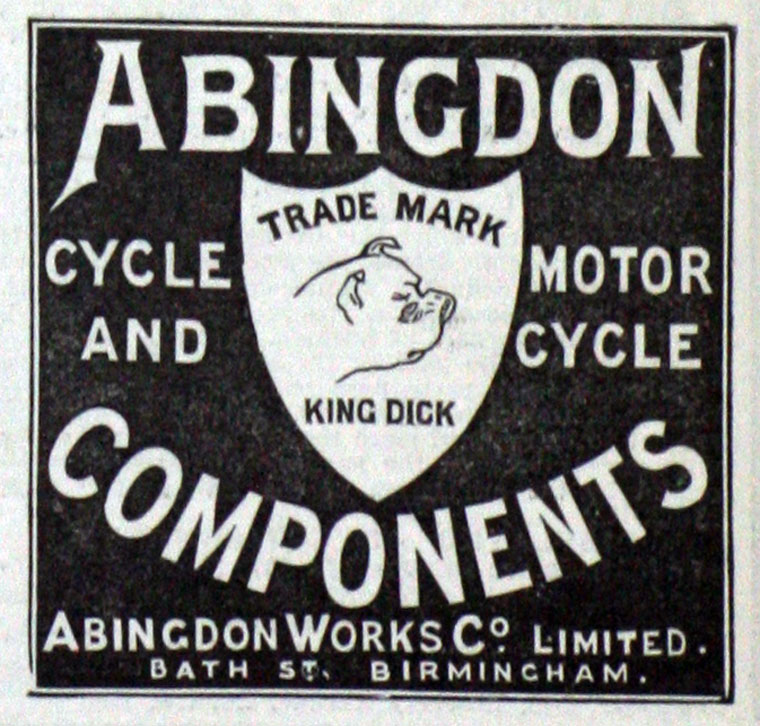 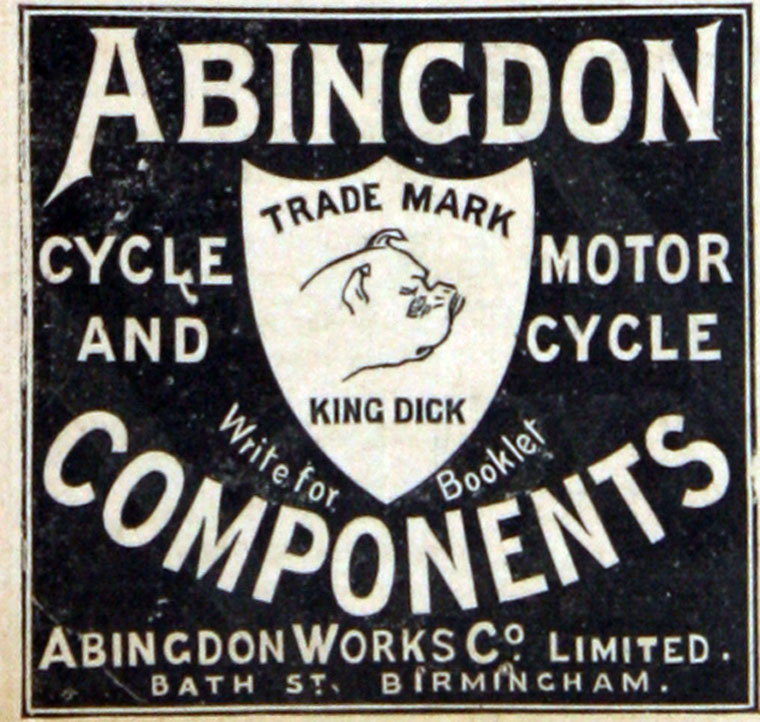 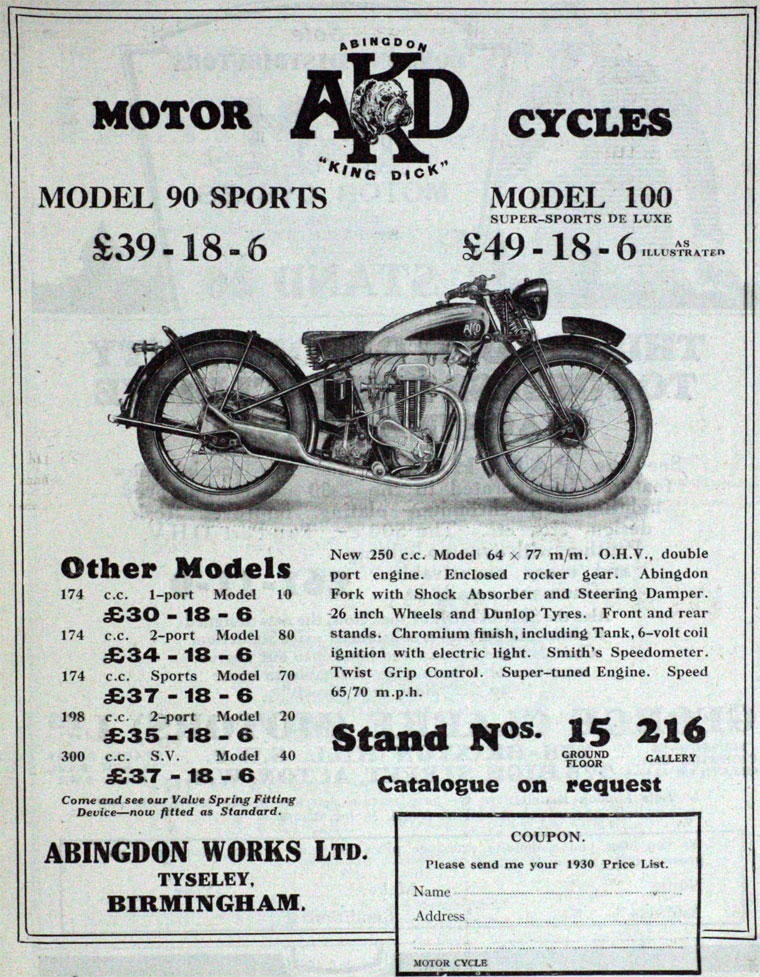 of Bath and Shadwell Street, Birmingham, maker of tools, and fittings for cycles and motorcycles.

1854 Thomas Mabbutt, on his own account, set’s up as a maker of gun implements.

1889 Re construction of Abingdon Works Ltd

1902 Initial joint venture between Abingdon Works and the East London Rubber Co. Limited to a shared use of Olympia show stand.

1906 The Abingdon-Ecco company was registered on 27 August, to take over the Abingdon Works Co and the Ecco Works. [2]

1907 Abingdon Ecco Ltd, remove the Abingdon works factory from Shadwell and Bath Street to a new site at Tyseley.

1926-7 No motorcycles produced for sale.

1928 Abingdon Works produce new range motorcycles, new styling includes livery as AKD, with a range of six “ The King of the Lightweights “

1932 This was the last year that the company produced motorcycles and after that they focussed on producing hand tools.

Tool making, from 1854 commencing with gun implements, acclaimed for the King Dick adjustable spanner from c1883.

Cycle components and Cycles from c1883. Acclaimed for the differential tricycle axel of Starley design.