1926. Plan of the waterworks at Invercannie. 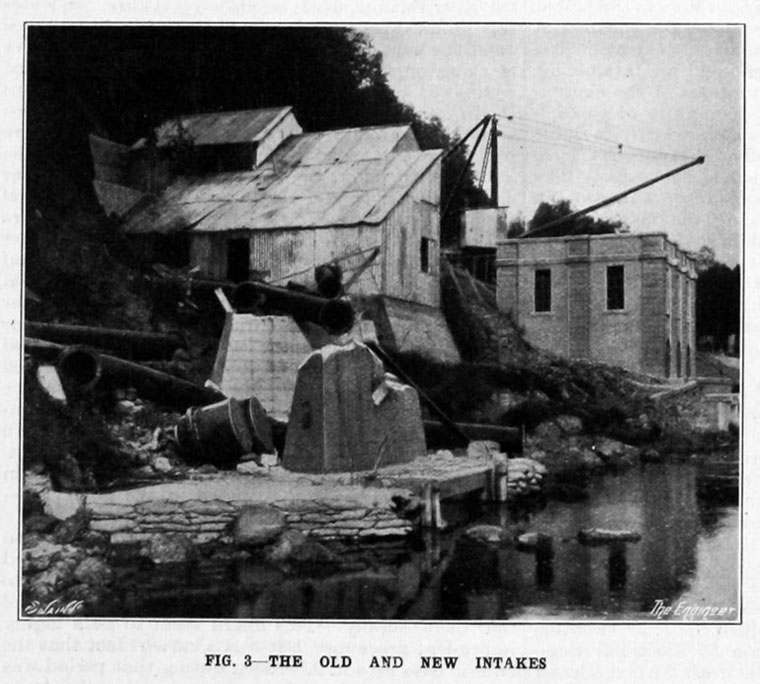 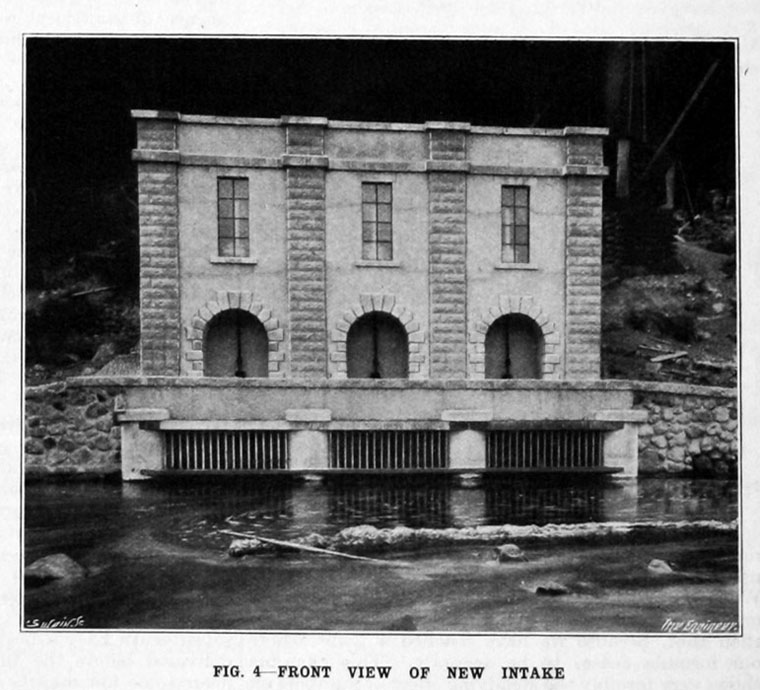 1926. Interior of pumping station at cults.

1926. Filter beds at Invercannie under construction.

The water supply of the city has been drawn from the River Dee for nearly a century, and at first the water was pumped from an intake close to the city.

1866 The supply was abstracted from the river at Cairnton, 20 miles west of the city. It was this year that the works were completed by James Simpson. They were constructed from a survey he made in London in 1855, which were corrected and improved in 1861. Mr Simpson was aided throughout by his able assistant Mr Robert Anderson, who was the resident engineer. The works supplied most of the city by gravitation, and there was for twenty years enough surplus capacity in the aqueduct to pump the water required in the higher areas by water power.[1]

"The quantities of material which have been used in the construction of this, perhaps, the greatest undertaking in which the town of Aberdeen has ever engaged, are as follows:- Of bricks, upwards of seven millions- about 42,000 tons weight-have been consumed, equal to about twelve millions of common bricks, those used being considerably above the ordinary size. Of clay puddle, the quantity used was about 70,000 tons for the reservoirs and aqueduct, the clay being chiefly obtained from Ruthrieston, Dunn, and Cairnton. For the pipes and other ironwork, 2,500 tons of iron were required. The extent of earthwork excavation required for the aqueduct was about 300,000 cubic yards, and of filling in about 170,000 cubic yards. Of rock excavation in the tunnel, there were nearly 60,000 cubic yards. The number of men employed on the works varied from 1,000 to 1,500."[2]

From 1894 to 1914 the river water received no treatment beyond storage for 1.5 days. It then passed along a leaky aqueduct for a distance of 18.5 miles to service reservoirs near the city, having a capacity of four days' supply.

1913 At the suggestion of Alexander Houston, a successful trial was made at Invercannie of the excess lime sterilisation process. Therefore a liming plant was constructed.

1915 It was decided to adhere to the River Dee as a source of supply.

1916 Parliamentary powers were obtained to construct an entireley new waterworks. The engineer for the Bill was the then City Water Engineer Mr Cecil H. Roberts.

For a detailed account of the New Aberdeen Waterworks' dimensions and systems description see The Engineer 1926/11/19, p 545 -546.