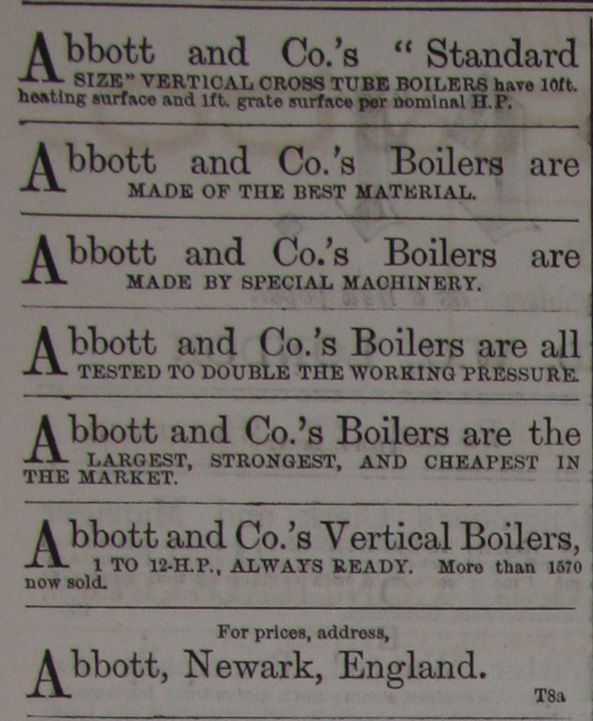 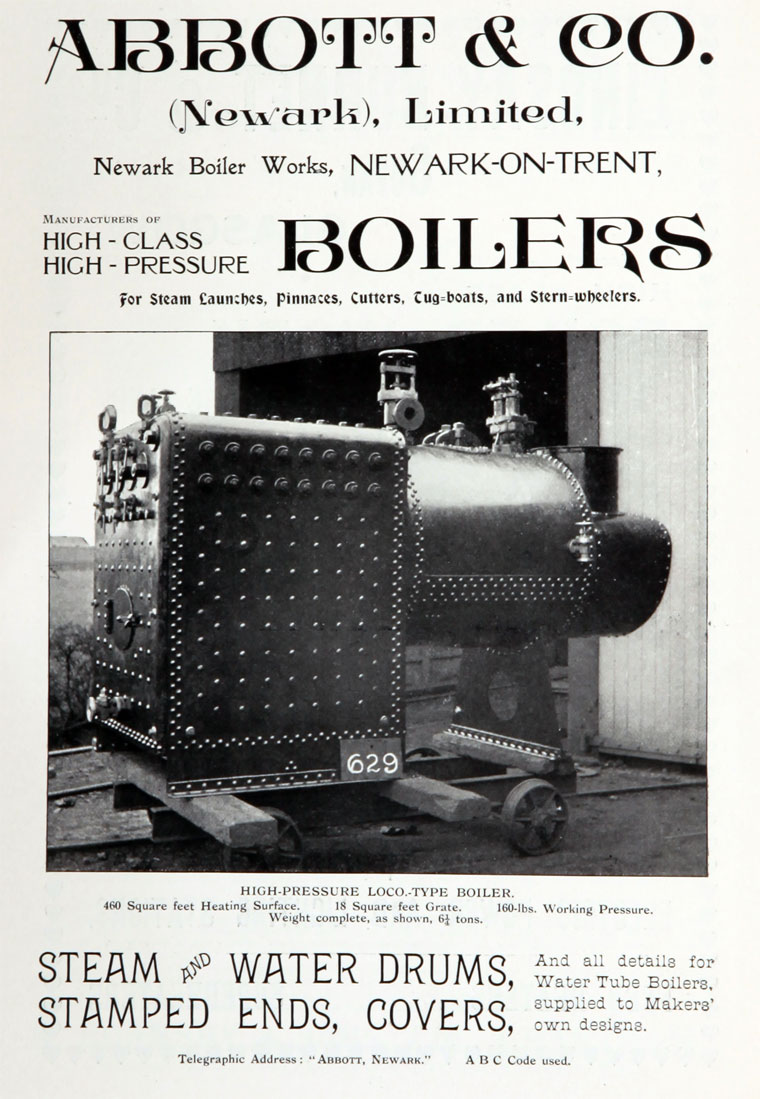 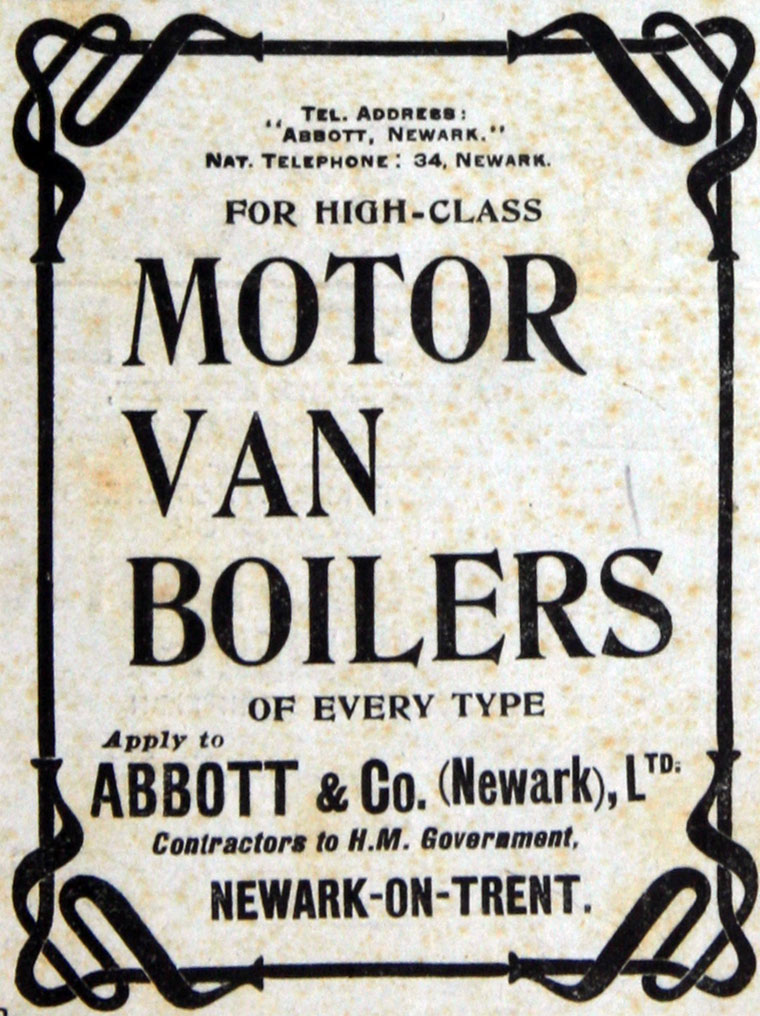 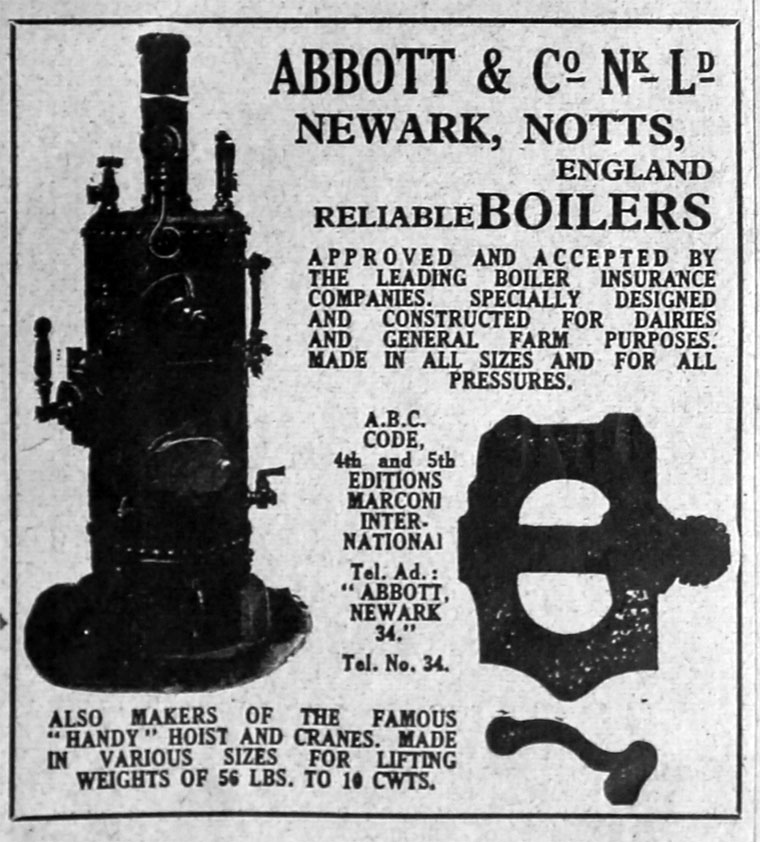 1861 Advertisement. 'BOILER WORKS, NEWARK upon TRENT. WM. WELCH and CO. beg to thank the public for the increasing patronage they continue to receive, and having made several improvements in their Establishment are prepared to execute any Orders entrusted to them. Every description of Portable, Stationary, and Marine Boiler to order; and list of prices, with Sketch, forwarded on application. W. and Co. pledge themselves that for punctuality in delivery and good workmanship they shall not be surpassed by any House in the trade.— A new Fire Box completed one week. Sept. 15, 1861.'[2]

1875 Company liquidation. 'In the Matter of Proceedings for Liquidation by Arrangement, or Composition with Creditors, instituted by Thomas Abbott and Alexander Wilson, of the Northgate Iron Works, Northgate, Newark-upon-Trent, in the county of Nottingham, Boiler Makers and Copartners in Trade, under the style or firm of Abbott and Co., the said Alexander Wilson also trading solely and carrying on a separate business as an Engineer, at the Vauxhall iron-Works, No. 92, Wandsworth-road, in the county of Surrey, under the style of Alexander Wilson and Co.'[5]

1897 Capital and expertise introduced by Messrs. Wright and Ashbury and they become a limited company

1974 John Price takes over the company

1985 Henry Price takes over the business from his father John