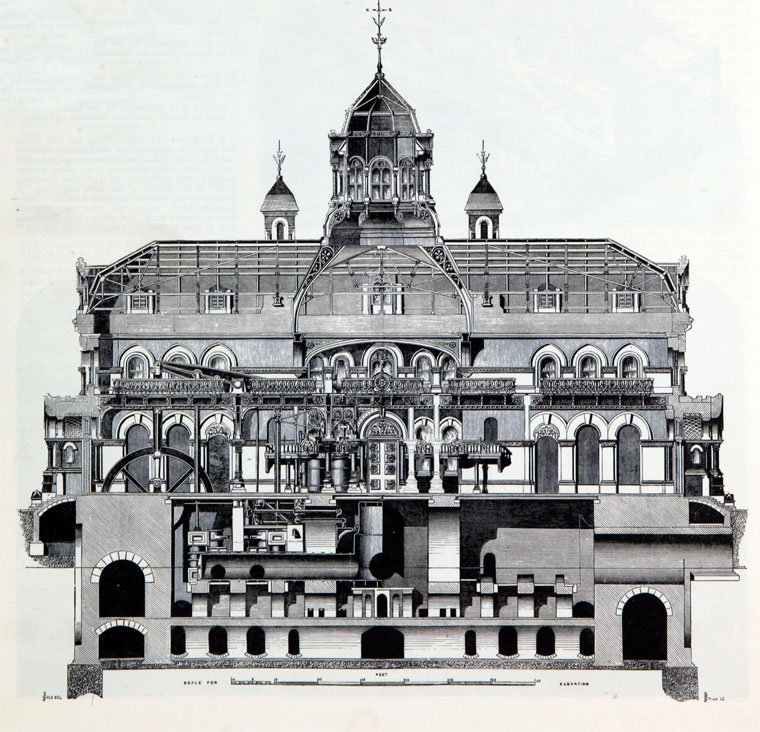 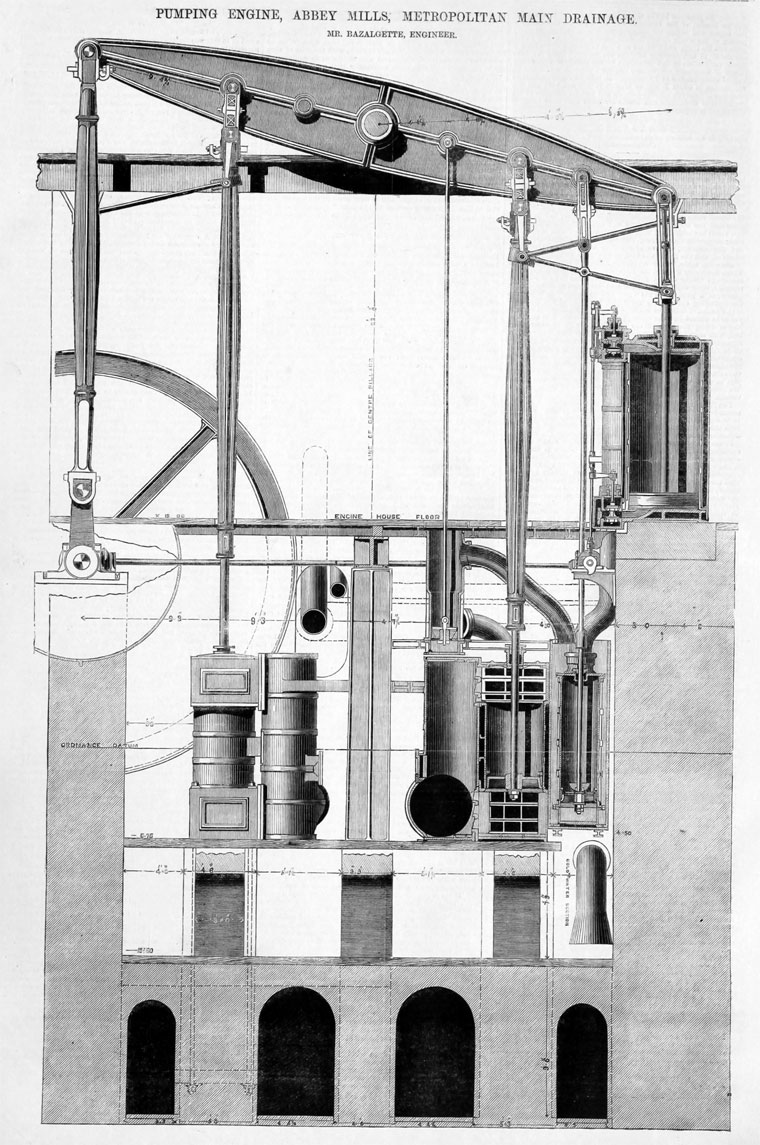 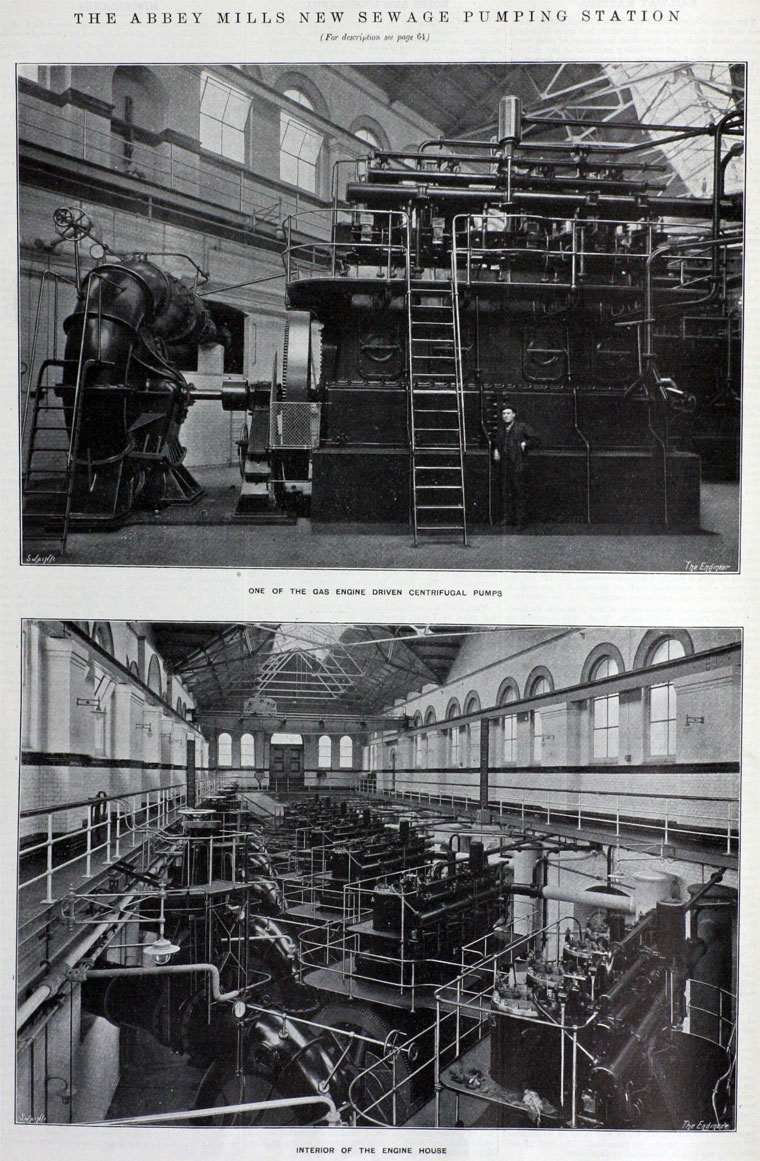 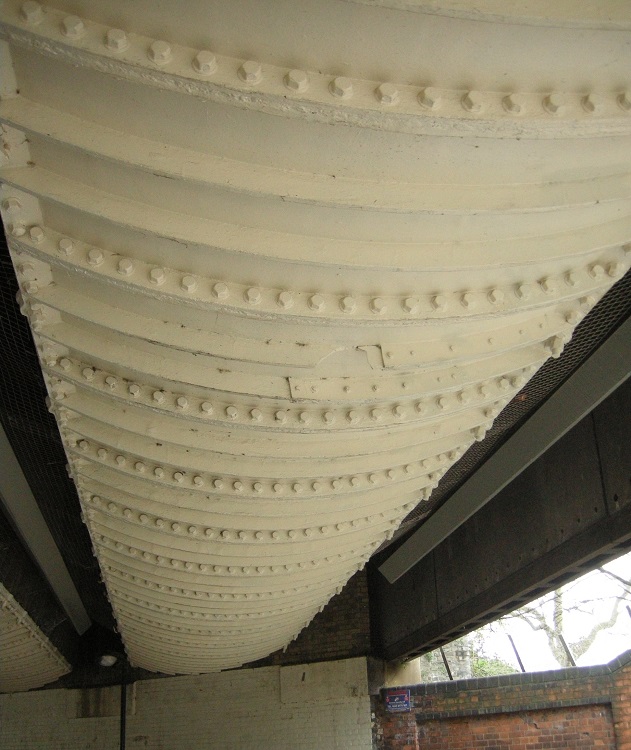 Abbey Lane, London, is a sewage pumping station, designed by engineer Joseph Bazalgette, Edmund Cooper, and architect Charles Driver. It was built between 1865 and 1868.

Three lines of sewers on the north side of the Thames converge and unite at Abbey Mills, where the contents of the low level line were pumped into the upper level, flowing onto the northern outfall sewer carried on a concrete embankment across the marshes to Barking Creek.

The engine house was "in the form of a cross, two engines being located in each arm side by side, the cylinders being all disposed centrally with the large air vessel on the mains within the group." The drawings from which the engravings were made were "courteously placed at The Engineer's disposal by Mr. Bazalgette.