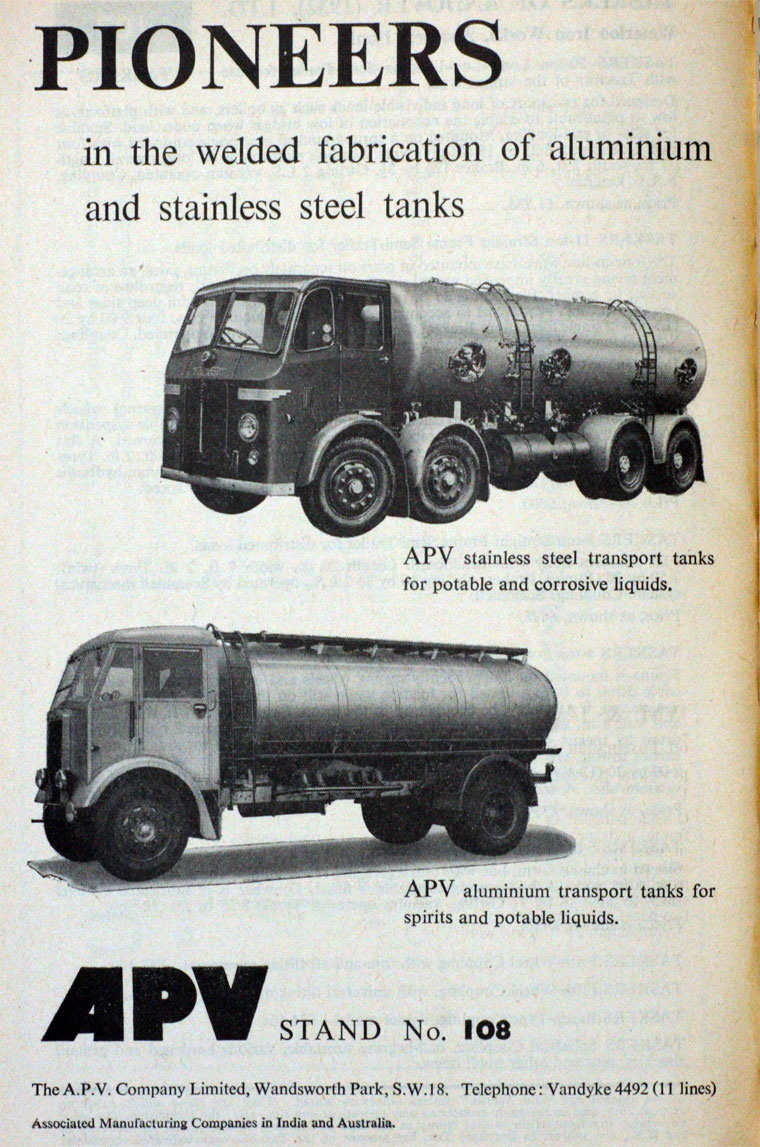 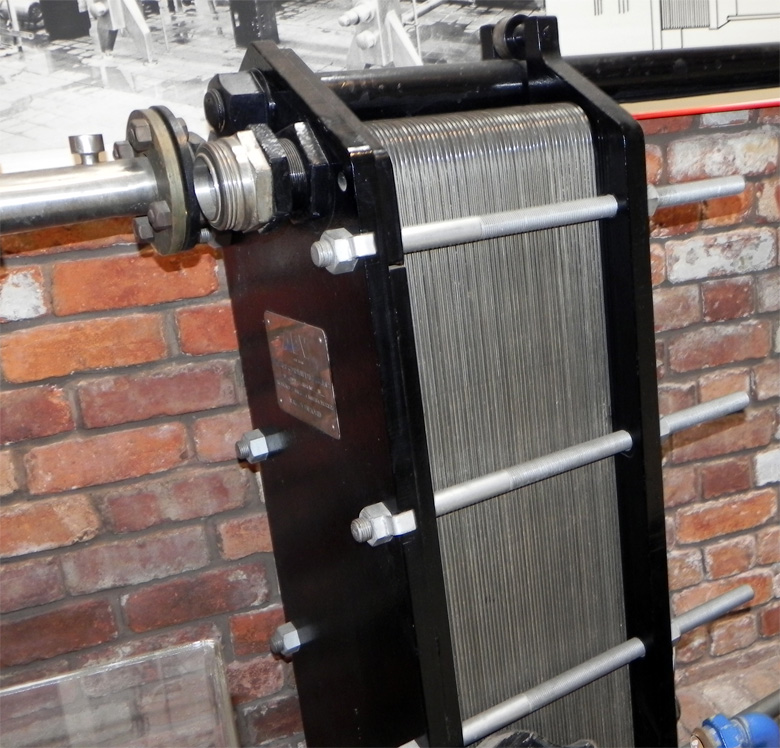 1910 Incorporation of a private company: Aluminium Plant and Vessel Co Ltd in Wandsworth, to apply a newly discovered method of welding aluminium[1]

1950 Ordinary share issue. Manufacturer of process plant and equipment in many non-ferrous metals for dairy, brewery, chemical, food, etc industries. Acquired new factory in Crawley to which the work would be transferred from the two sites in Wandsworth and one in Shepherd's Bush. Dr Richard Joseph Simon Seligman was chairman.

By 1967 was APV Holdings, a holding company for processing and heat-transfer equipment

1968 Acquired D. J. Osborne and Co, of Thornton Heath, maker of mixers which were largely complementary to those of APV-Kestner[8]

1972 Acquired Burnett and Rolfe, engineer of process plant for the brewery, diary and chemical industries[12]

1974 Dr. K. A. G. Miller was appointed as managing director with effect from 1st June. Dr. Miller succeeded Mr. H. P. N. Benson who remained as deputy chairman of the company, and continued as deputy Chairman of APV Holdings and as group managing director. Dr. Willer also joined the APV Holdings board following his previous position as engineering adviser and head of engineering for ICI.

1976 Acquired Hall-Thermotank in an agreed bid[13]

1978 Acquired Carlson-Ford, maker of filter presses and filter media, from GKN; sold APV-Bowser Filtration to Keene Corporation, the licensor of its technology[14]

1987 APV acquired Baker Perkins Holdings; the group was renamed APV Baker, and would cover every sector of food processing machinery, as well as other areas including rocket fuel and breathing systems for submariners[16]

1992 Sold Vent-Axia to Smiths Industries, except for the industrial division at Milton Keynes[19]