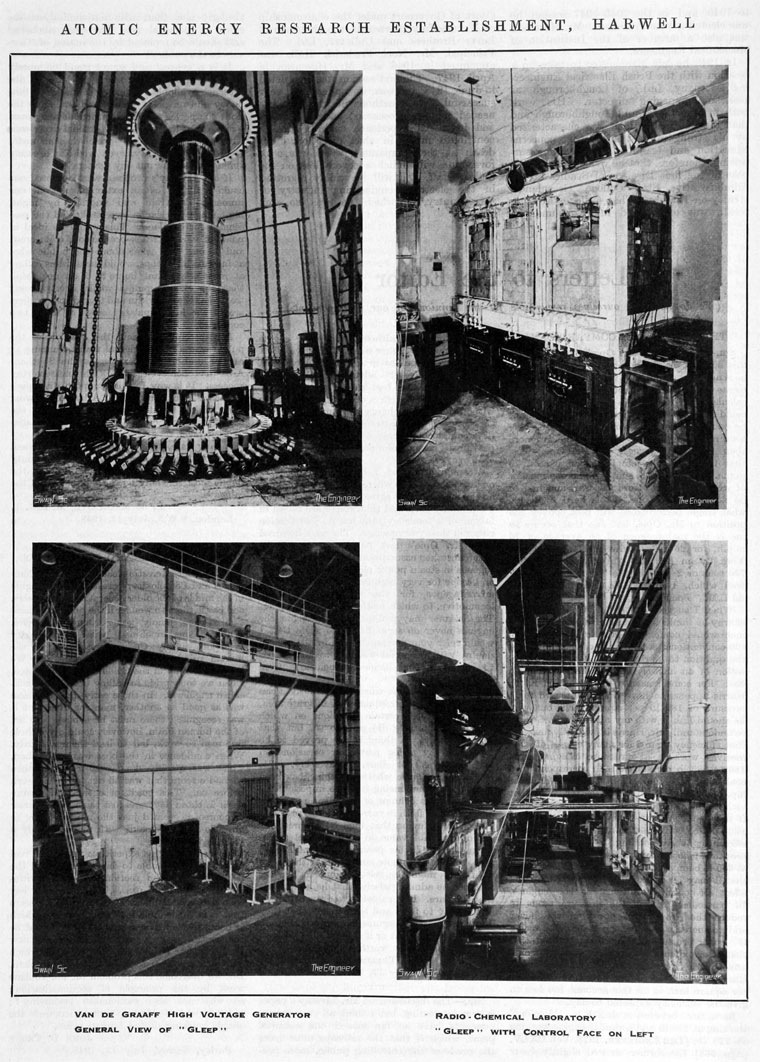 The Atomic Energy Research Establishment (known as AERE or colloquially Harwell) near Harwell, Oxfordshire, was the main centre for atomic energy research and development in the United Kingdom from the 1940s to the 1990s.

1954 AERE was incorporated into the newly formed UKAEA.