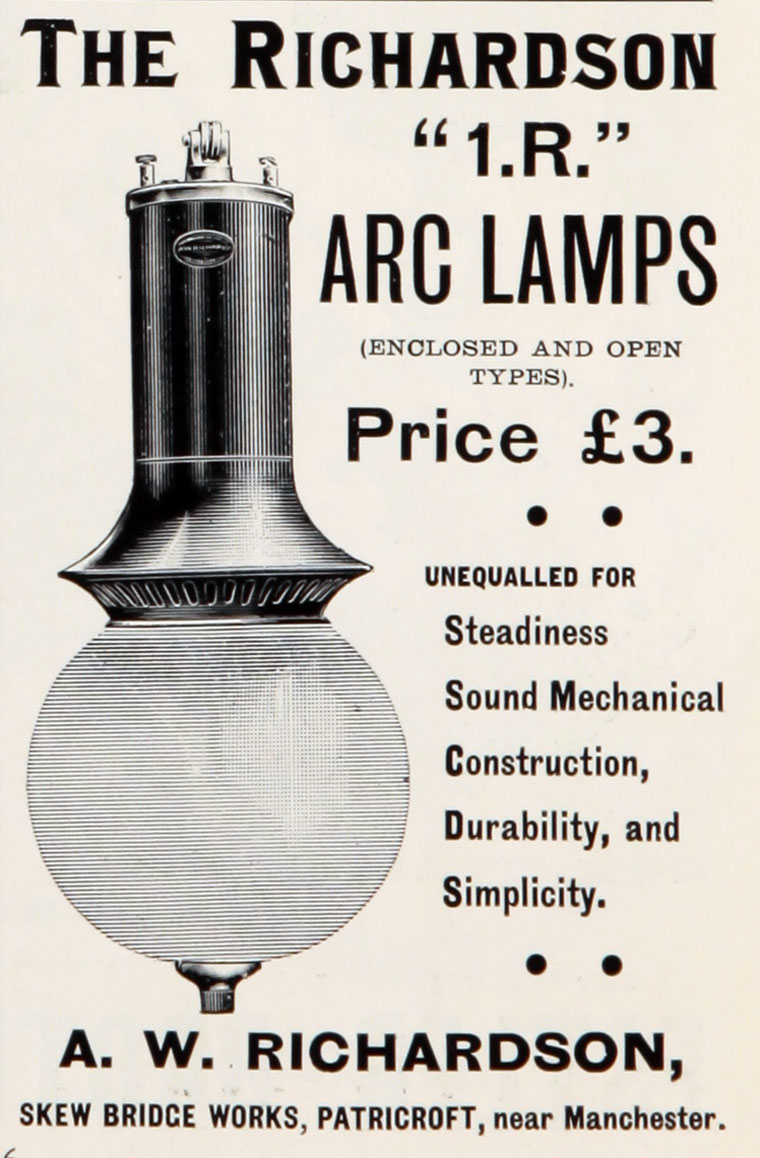 Came at an early age to the UK

THE death is announced of Mr. A. W. Richardson, of Skew Bridge Works, Patricroft, as having taken place on the 23rd ult. Mr. Richardson, who was at the time of his death, in his 71st year, was born in Norfolk, Virginia. He migrated at an early age to this country, and had a varied experience in marine, locomotive, and stationary engine work. Subsequently, he founded a small engineering business in London, afterwards going to Manchester, where he served some time with Crossley Bros., Limited, at the time when this firm was commencing the manufacture of gas engine. Thereafter, he again started on his own account as a machine tool maker, and achieved no small measure of success. In 1881 he turned his attention to arc lighting and dynamo construction, and, in collaboration with the late Mr. Charles Lever, introduced the Lever arc lamp. Later on he produced the Richardson arc lamp for the making of which he designed special machinery. He was early in the field when motor cars came in, and designed and constructed a steam car. Of late years he had given much attention to boiler feed pumps, especially those intended for use with traction and other automobile engines.