Grace's Guide is the leading source of historical information on industry and manufacturing in Britain. This web publication contains 138,889 pages of information and 225,312 images on early companies, their products and the people who designed and built them.

A. I. Electric Welding Machines 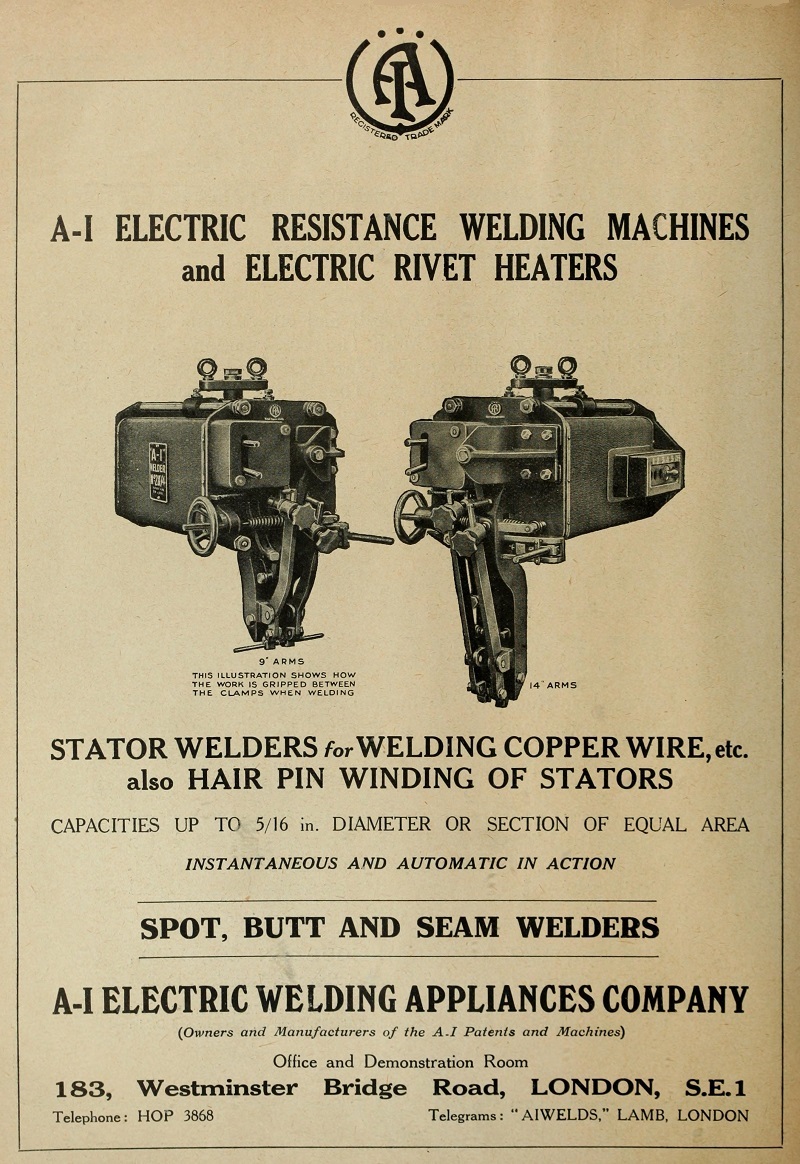 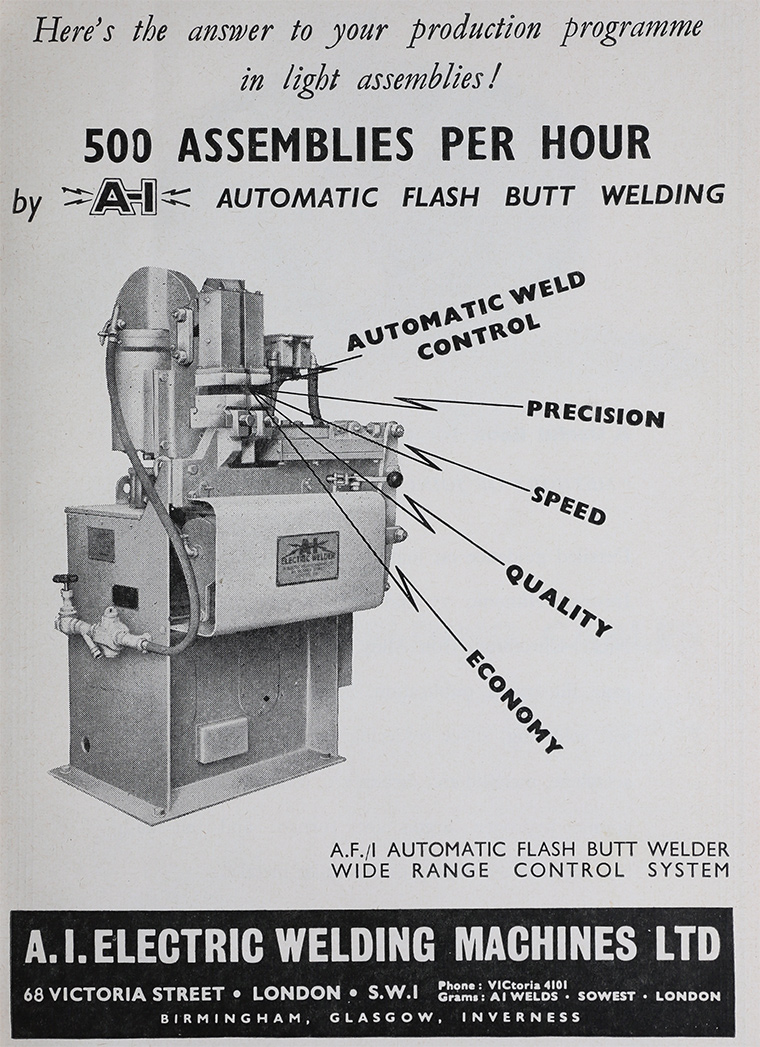 1922 The A-I Electric Welding Appliances Company was purchased from the proprietors, Mr James and Mr Dudley Forman, of Messrs, Thomas Forman and Sons as from December 1st 1921 the A.-I. Manufacturing Co, Industry Works, Sunbridge-road, Bradford. The Bradford Works were closed down and the A-I Electric Welding Appliances Company - the proprietor of which was the Rose-street Foundry and Engineering Co - started manufacturing the A-I electric butt, spot and seam resistance welding machines, also electric heating machines at its Inverness Works.[1]

2002 Due to the company restructuring, there was an auction of machine tools - via Henry Butcher and Co.