A. Harper, Sons and Bean 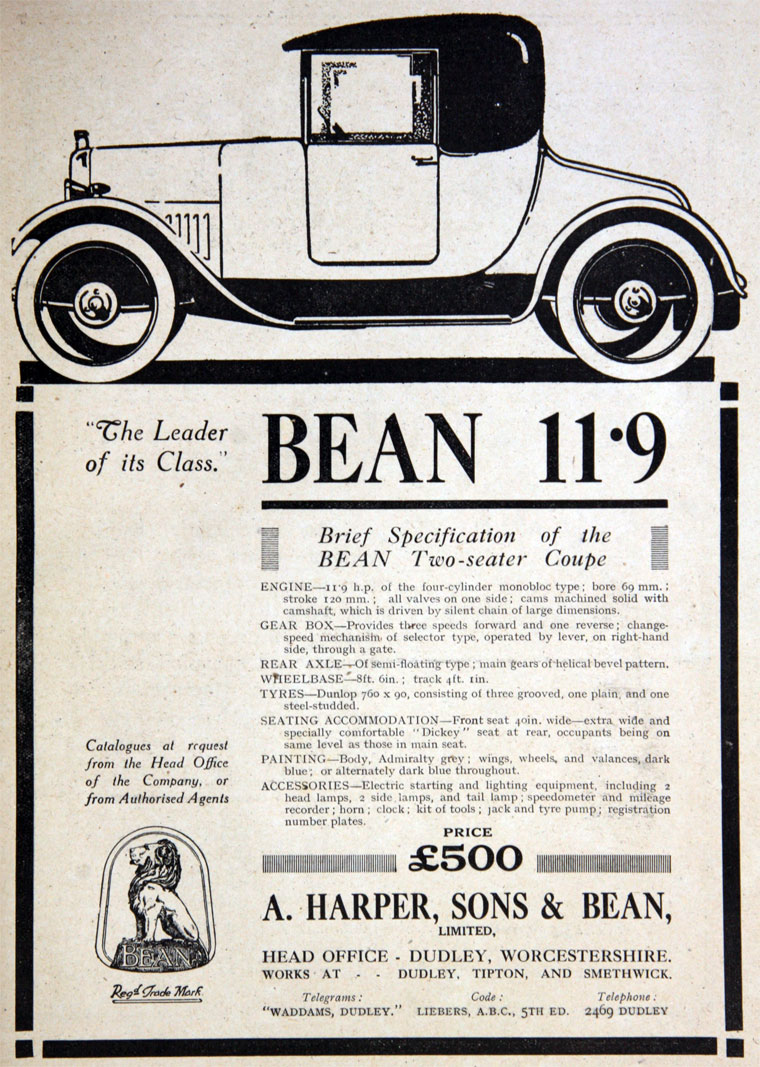 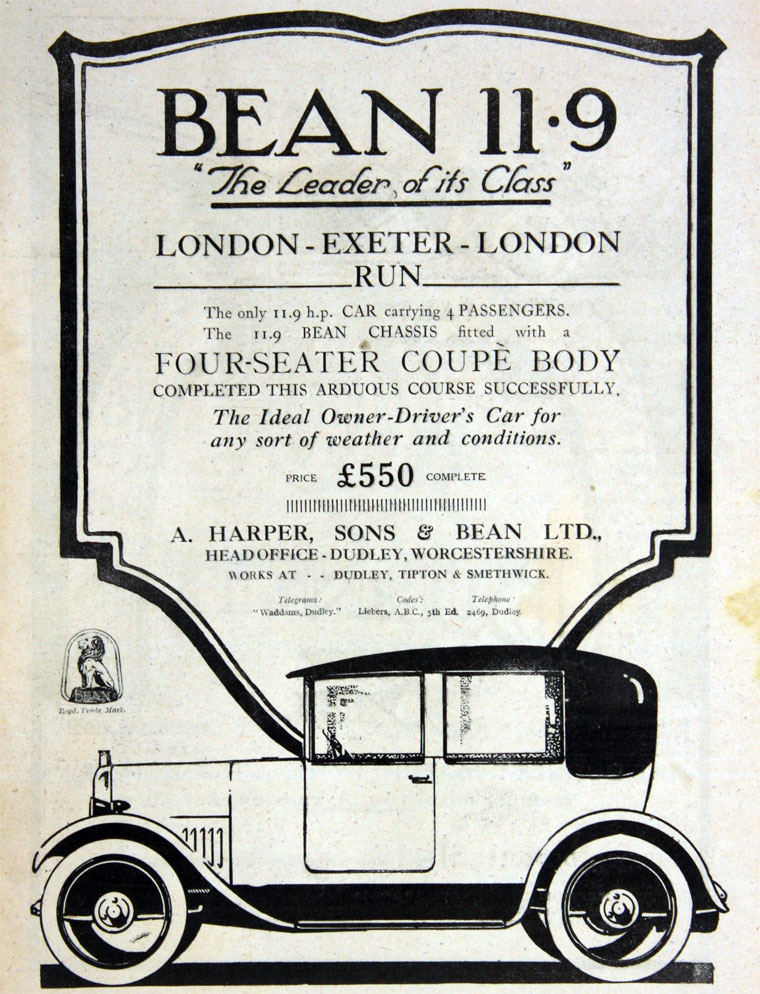 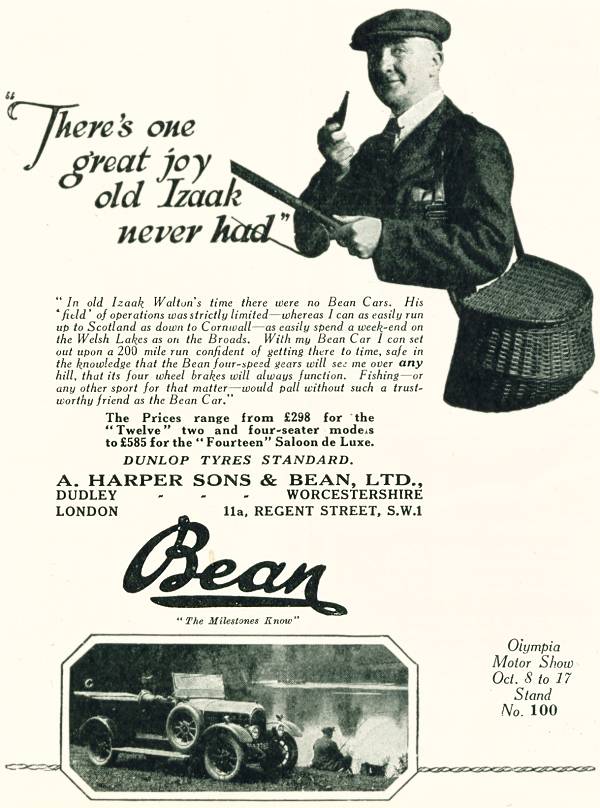 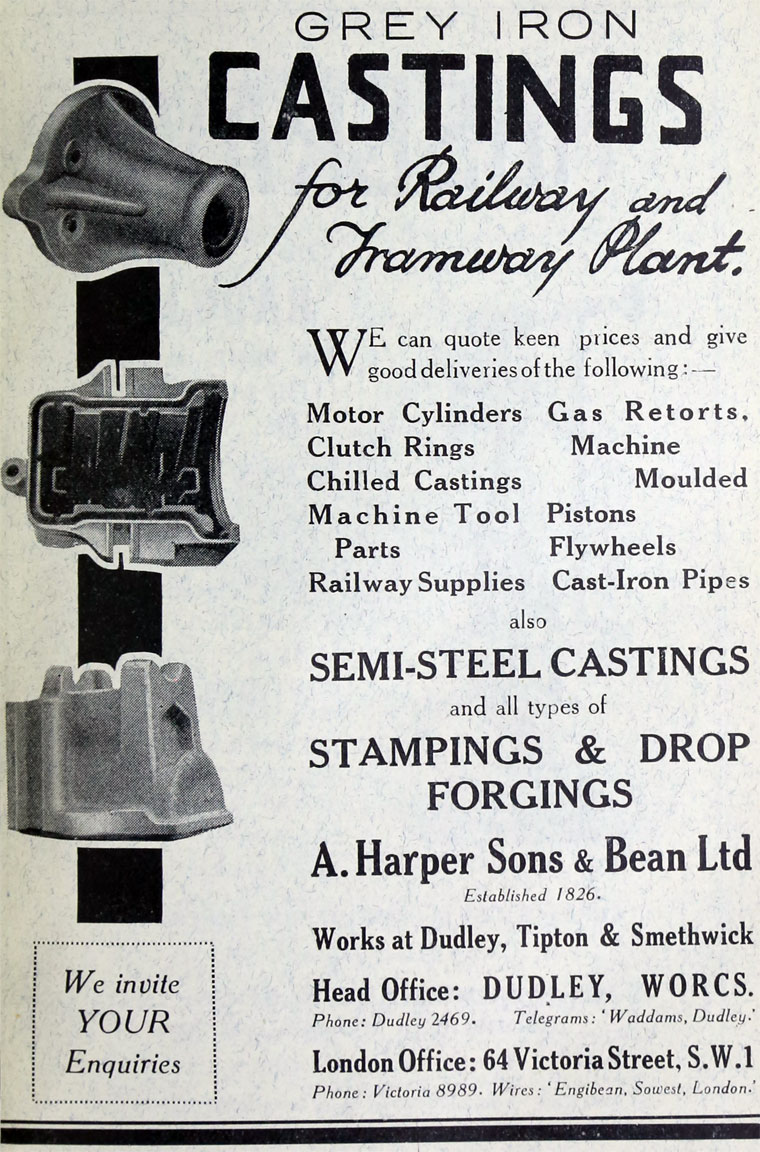 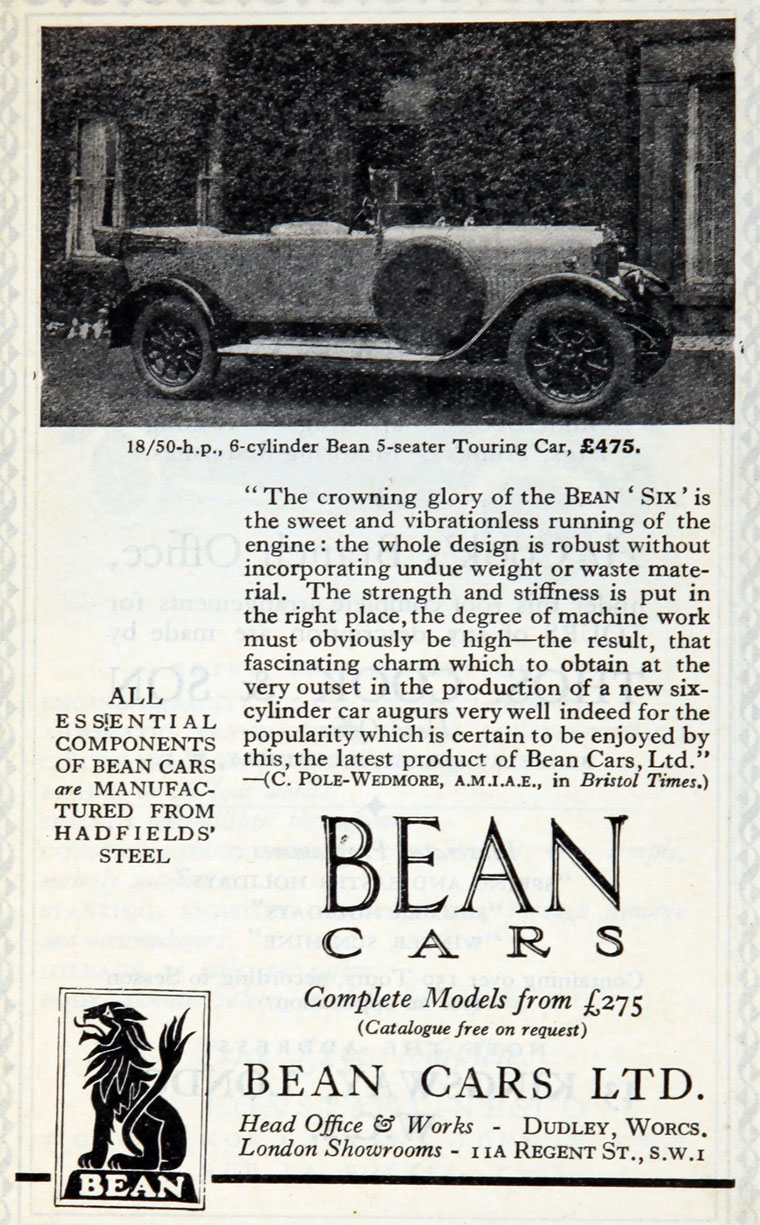 Car makers of Dudley, Tipton and Smethwick. Bean Cars were made between 1919 and 1929.

1826 Company formed[1] by Absolom Harper and his two sons, to make fire grates and iron shot.

1907 A. Harper and Sons changed its name to A. Harper, Sons and Bean in 1907 when George Bean became chairman

1911 Drop hammers were installed at the works to produce forgings for the up and coming motor industry.

WWI Had large factories at Dudley and Tipton to produce for the war. The business greatly prospered during thanks to ministry contracts for munitions. The factory buildings were extended in order to increase the production of shrapnel and shell cases. By 1916 around 21,000 shell cases were produced every week.

At the end of hostilities, munitions orders stopped; motor cars were becoming increasingly popular; the company decided to become a car manufacturer.

1919 January. A. Harper, Sons and Bean purchased the jigs, patterns, tools, and manufacturing rights for the Perry car as a way of quickly getting into the industry.

1919 Incorporated in a new company, Harper Bean Ltd, which was formed to bring together a number of interests in car manufacturing.

1920 Announced price reductions on their cars[4] . However it later turned out that prior to this reduction the car was being sold at a loss[5]. Company was put into receivership by one of its creditors but rescued through work by Harper Bean management[6].

1921 As part of this scheme, A. Harper, Sons and Bean bought back 55% of its shares from Harper Bean, using money largely from Sir George Bean and family, in exchange for shares in Harper Bean. Mr John Harper Bean was appointed managing director[7].

1922 Hadfields exchanged its shares in Harper Bean for shares in A. Harper, Sons and Bean[8].

1925 The first constant speed propeller with two Leitner-Watts steel blades was made by Metal Propellers and using a hub from A. Harper, Sons and Bean.

1926 Following financial problems, the company was rescued by steel supplier Hadfields, from Sheffield, and the name changed to Bean Cars of Dudley (see advert)

1926 Mr H. Kerr Thomas was appointed general manager of the Dudley firm. Hadfields of Sheffield, acquired a controlling interest in the company.[9]

1927 The cars were known as Hadfield Beans.

1931 The company went into liquidation.

1933 Hadfields established a new company, Beans Industries, to acquire the fixed assets and stocks of Beans Cars Ltd; the company's interests in Beans Cars was written off[10]