(Redirected from A. G. New)
Jump to: navigation, search 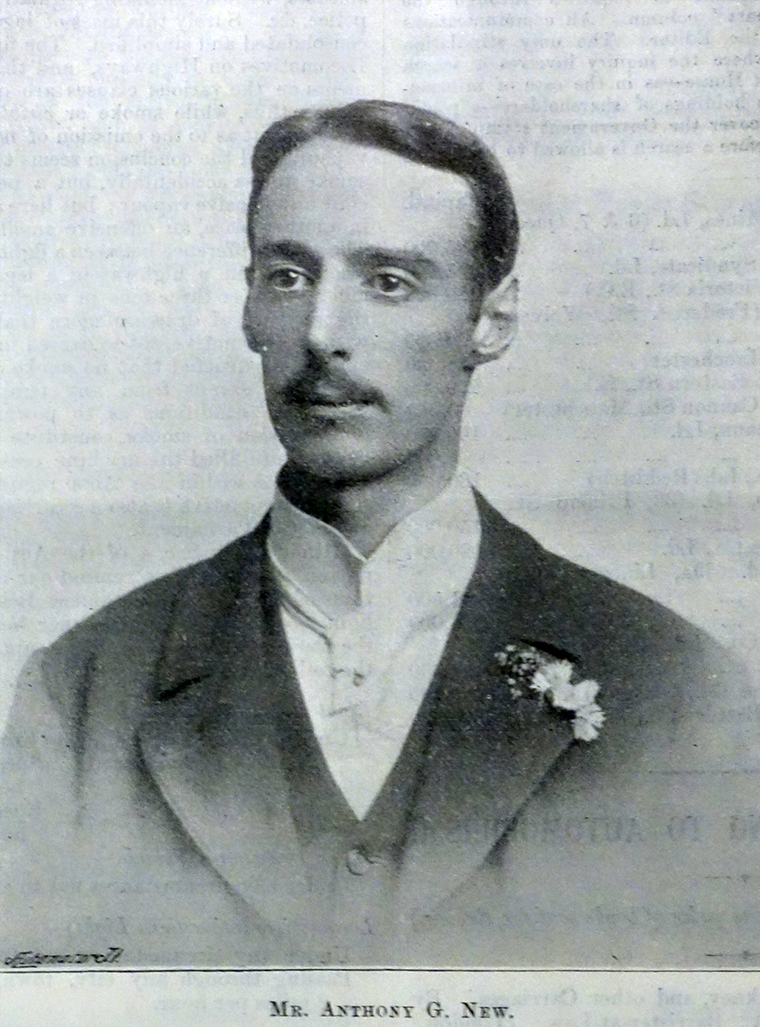 1870 Born in Evesham, son of Herbert New, a solicitor and county court Registrar, and his second wife, Dorcas[1][2]

1891 With A. J. Mayne formed a partnership, New and Mayne, as electrical and general engineers, Westminster, with works at Woking

1896 Automobile patents with E. J. Pennington and on his own.

1896 May 6th. 'At Catford cycling track on Wednesday some interesting experiments were made with the new motor bicycle which has recently been used on the roads in France and America. The motive power is generated by petroleum, and the rider sits with his feet perfectly motionless on rests and simply devotes his attention to steering. Yesterday Mr. A. G. New mounted one machine, and rode a mile in 2 min. 18 3-5 Sec. He then changed to another motor bicycle, on which he covered two miles in 4 min. 55 l-5 sec. Several further trials at diverse distances, and with eminently satisfactory results ensued.'[5]

1897 New and Mayne gave up electrical contracting to concentrate on horseless carriages; A J Mayne retired from the firm.

1901 Electrical engineer, on own account, living in Woking, Surrey[6]

Mr. A. New was born in 1859 and was educated at Mason's College, Birmingham, where he greatly distinguished himself. Not only is he a trained engineer, but he is something more; he is a highly educated man in the science of engineering and represents, as well as anyone we know, the ultimate development of real technical education.

Evidently such a man is well qualified to discuss the by no means simple problems connected with horseless traction. His opinions therefore, will be read with interest by the automotor community.

Mr. New is also a director of the I. E. S. and other electrical companies and has the proud distinction of being among the first pioneers of the motor-car movement to be fined for running a motor vehicle without a licence.

All technical matters come before Mr. New. who usually is to be found at Woking.