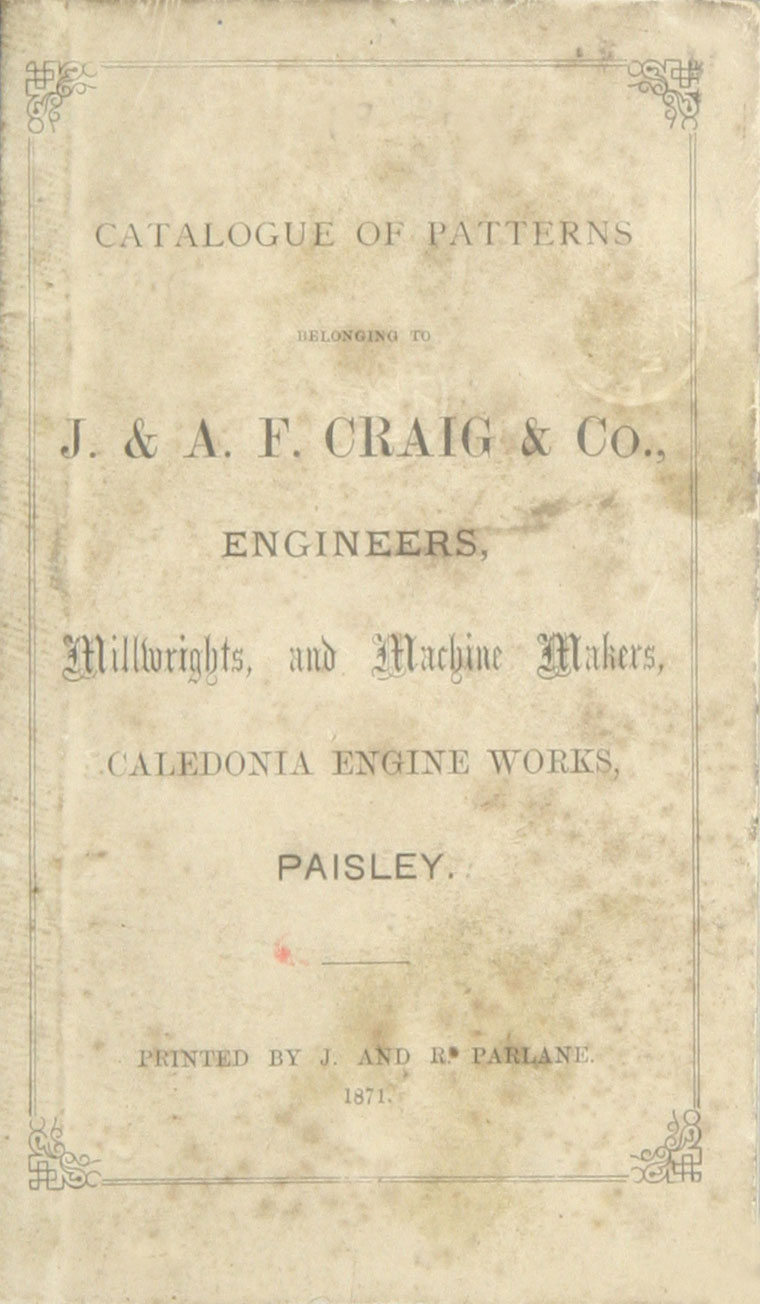 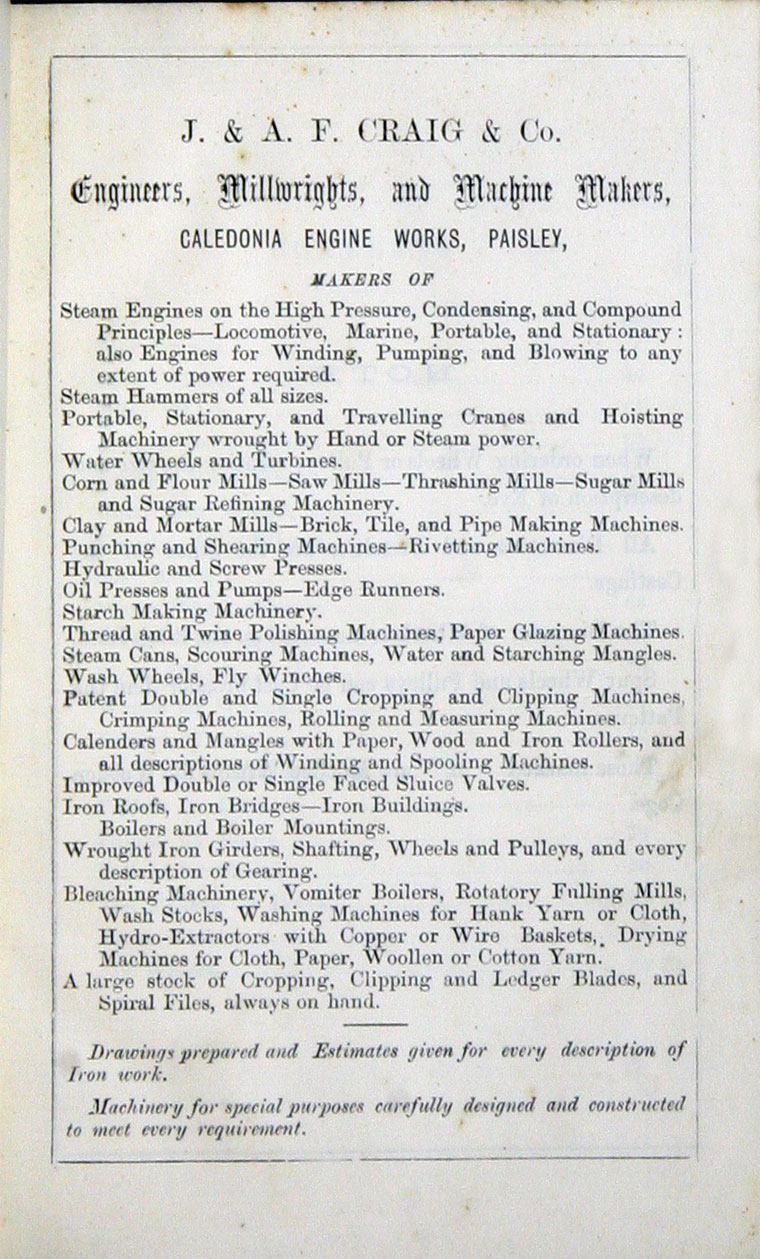 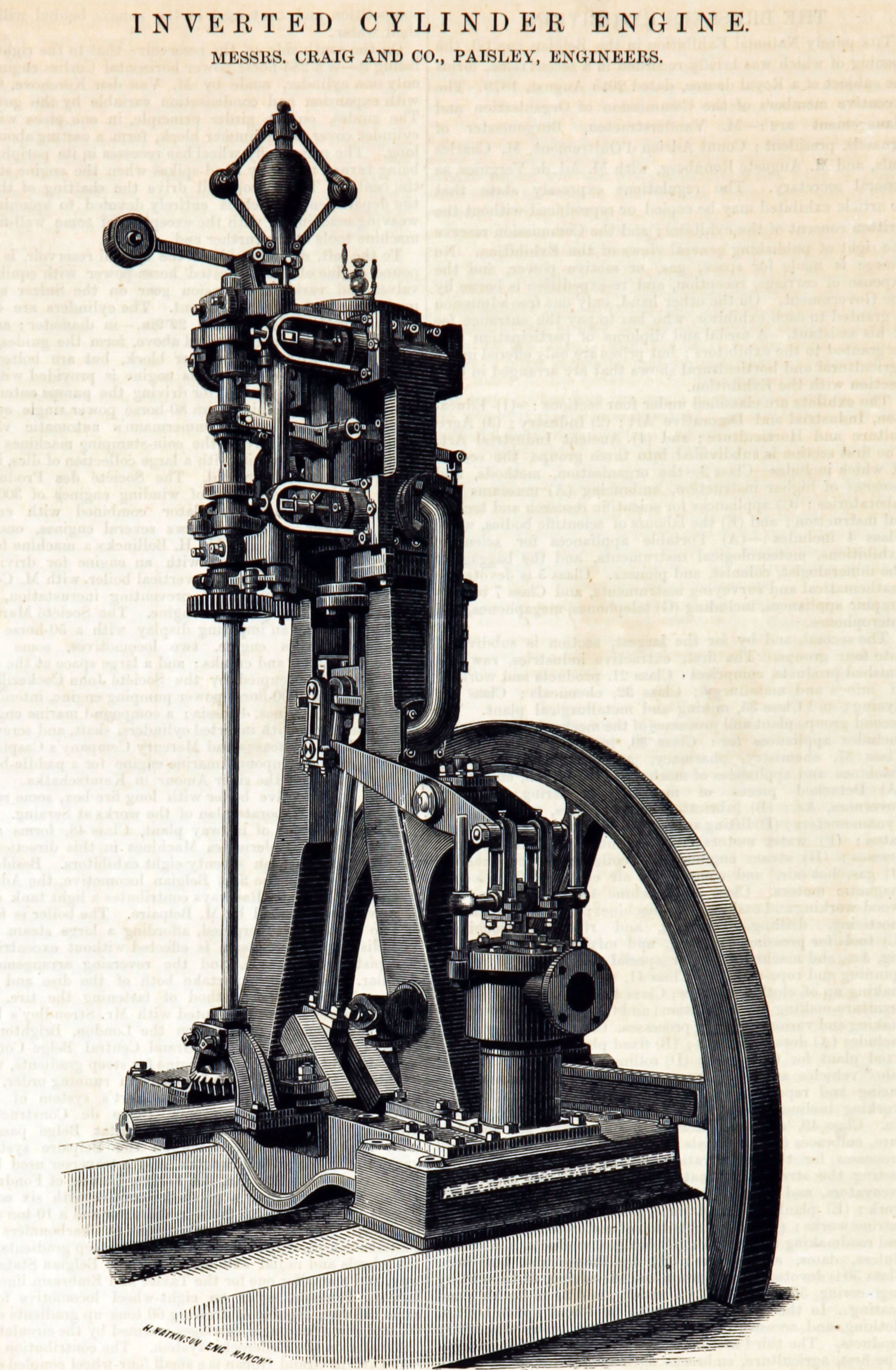 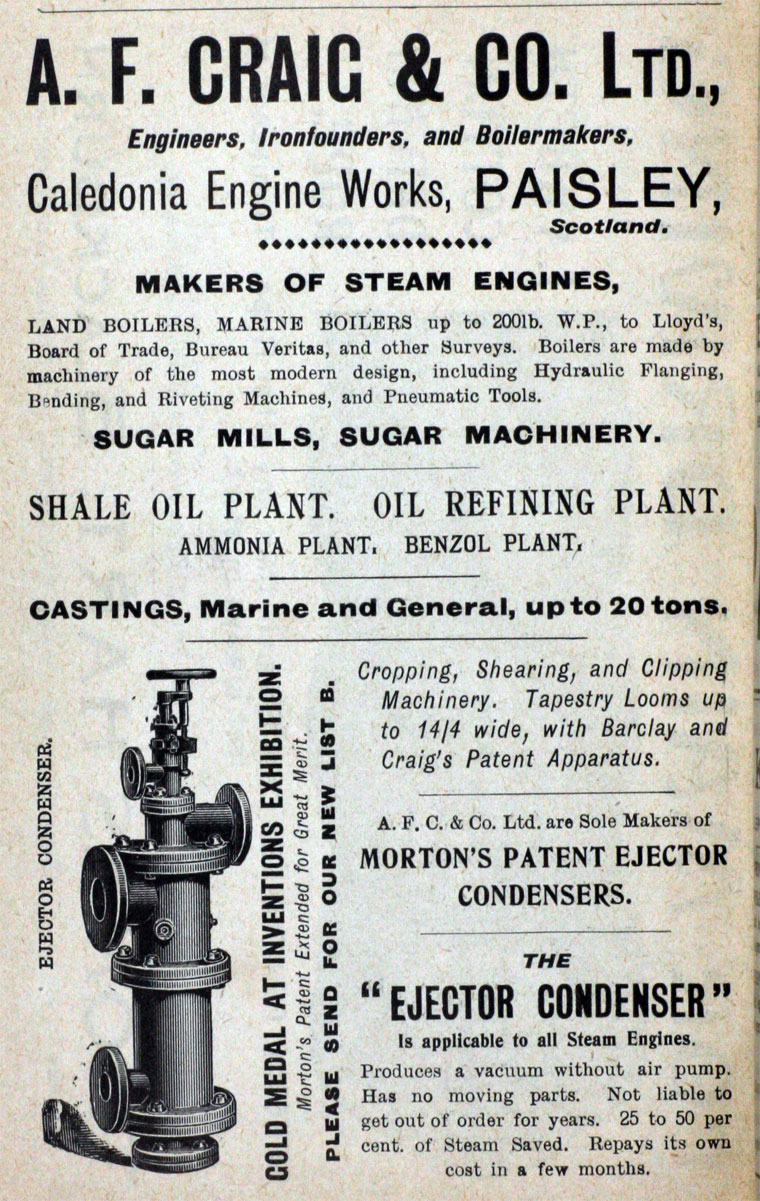 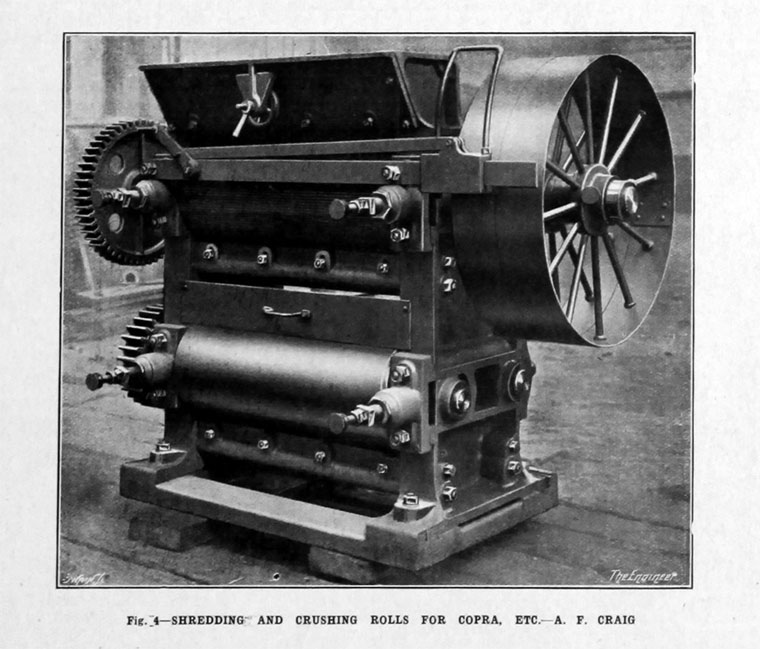 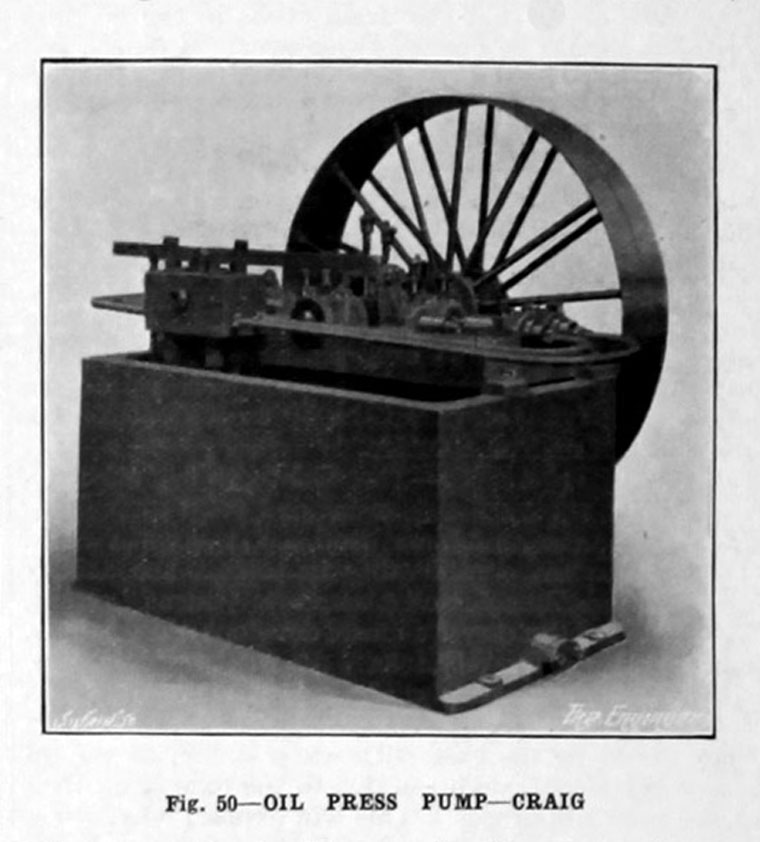 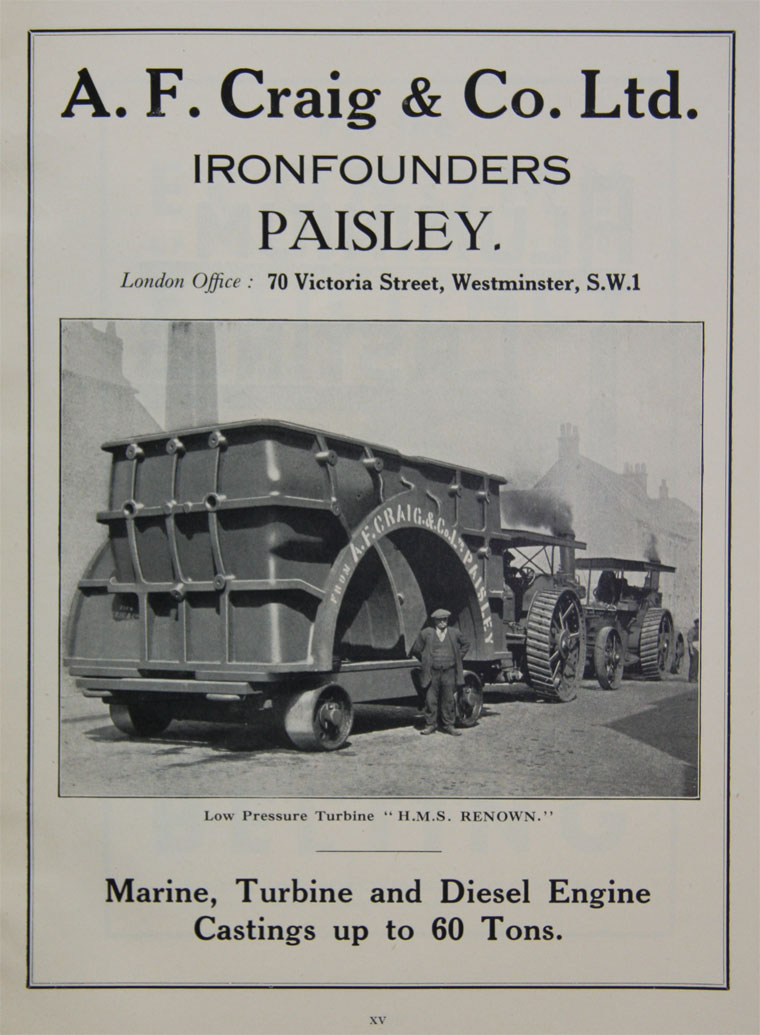 A. F. Craig of Caledonia Engineering Works, Paisley were ironfounders and engineers.