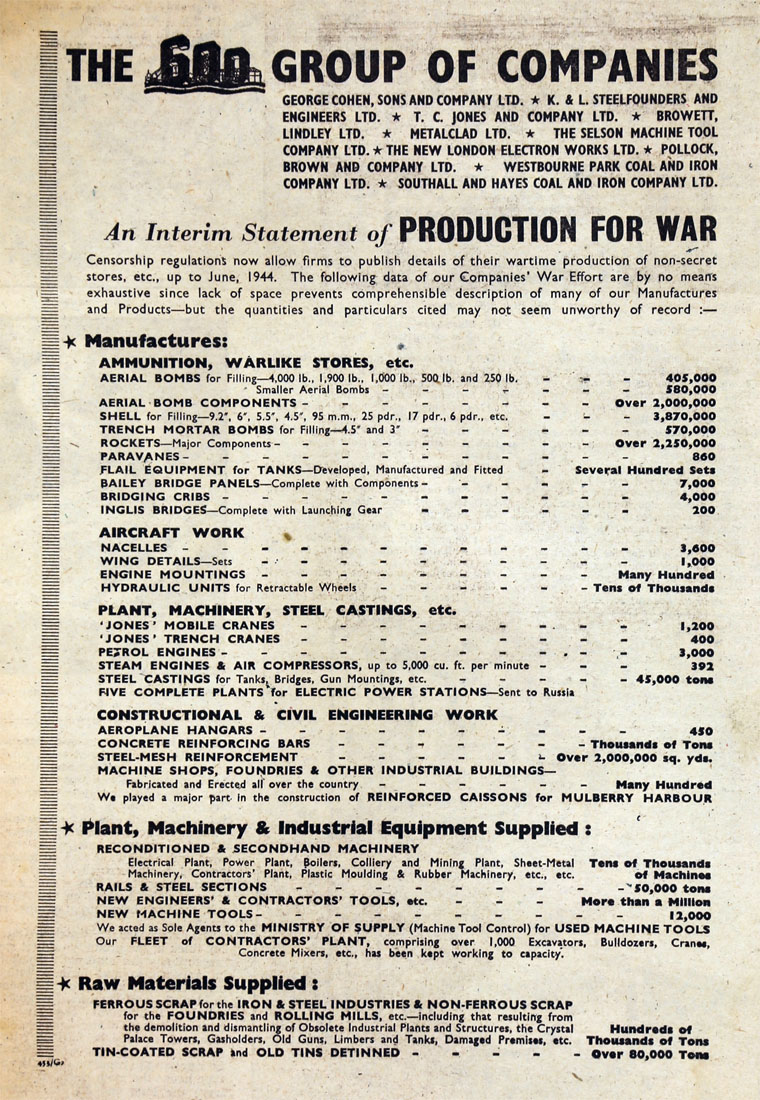 Originally George Cohen, Sons and Co; the Group took its name from the early head office address at 600 Commercial Road in East London. It grew over the years into one of the UK's leading metal recovery and engineering businesses

1947 George Cohen, Sons and Co became a public company with the issue of shares to fund expansion of the subsidiaries[1].

1974 Mr Leslie Davies, an executive director of the George Cohen 600 Group, was appointed a deputy managing director and will concentrate on all matters relating to the running of the UK subsidiary companies. Mr Robert Holland became a non-executive director.[2]

In the 1980s, the Group established a presence in the US through the acquisition of Clausing Industrial and largely disposed of its original UK metal and general engineering businesses to concentrate on machine tools.

1982 The Group's Scamp flexible manufacturing line at Colchester was opened.[3]

1982 Set up 600 Fanuc Robotics with Fanuc as a joint venture for the manufacture of all Fanuc robots in the UK.[4]