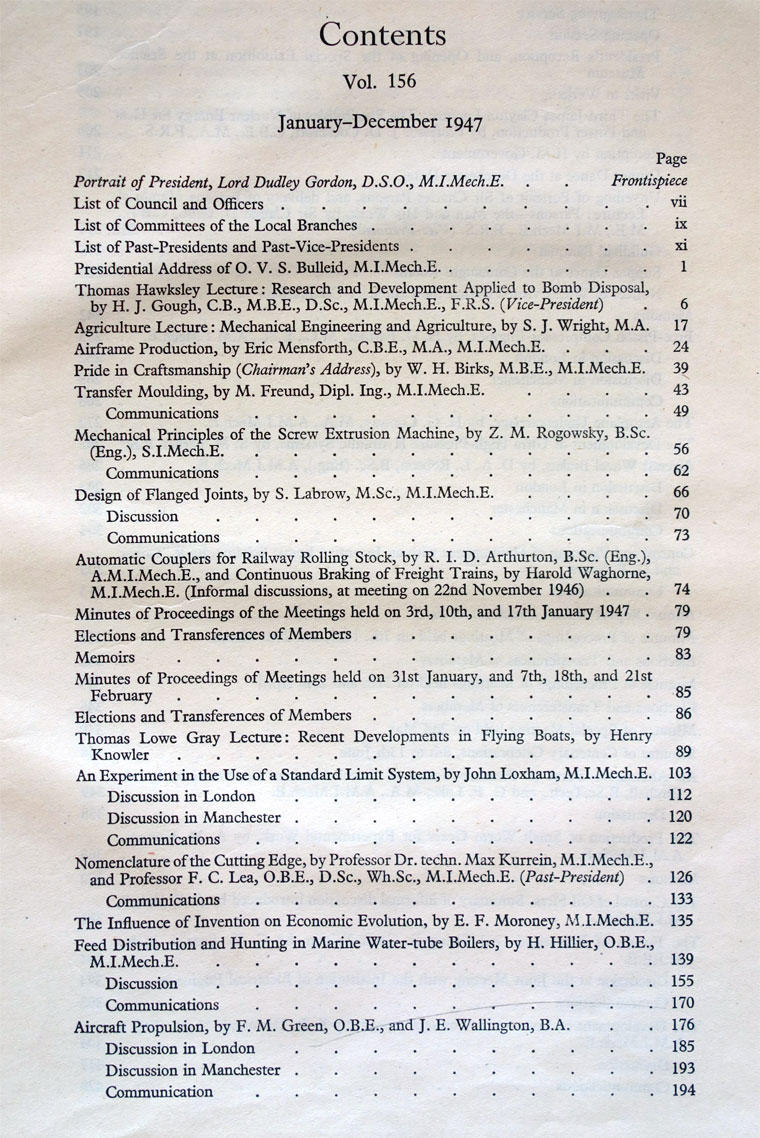 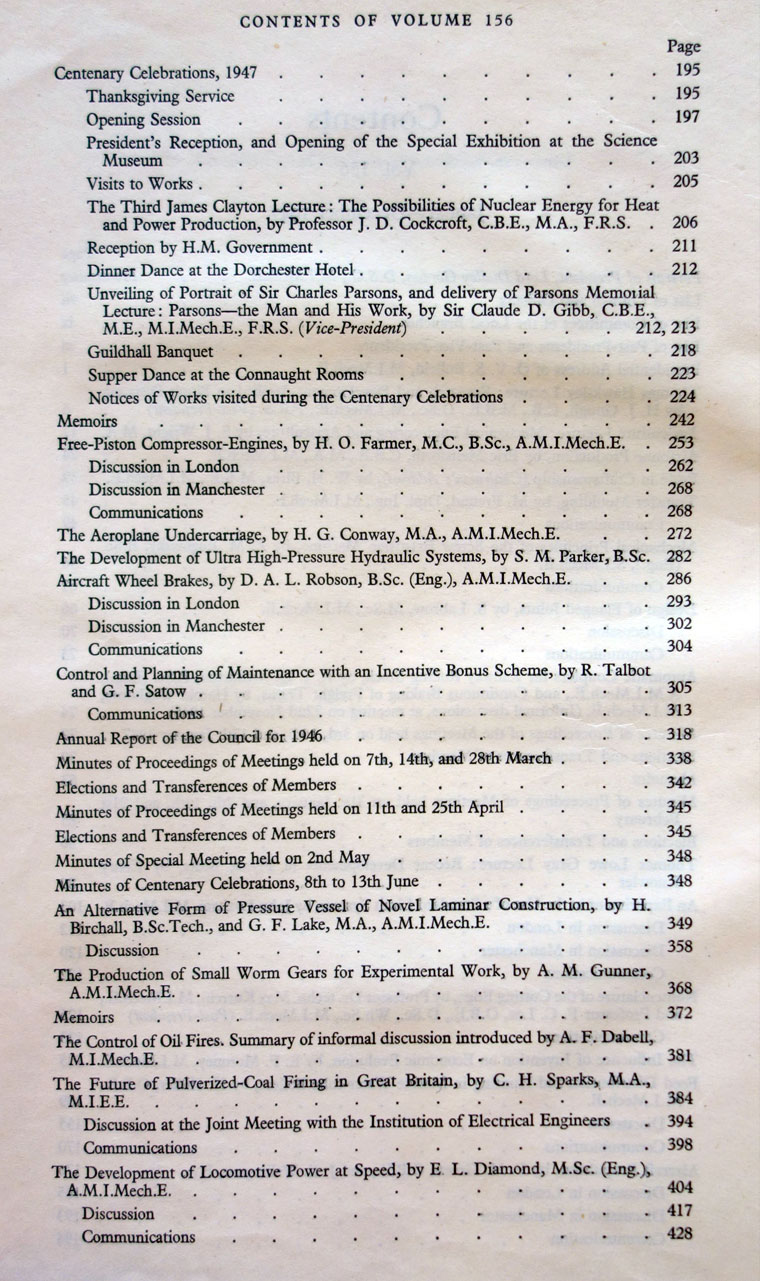 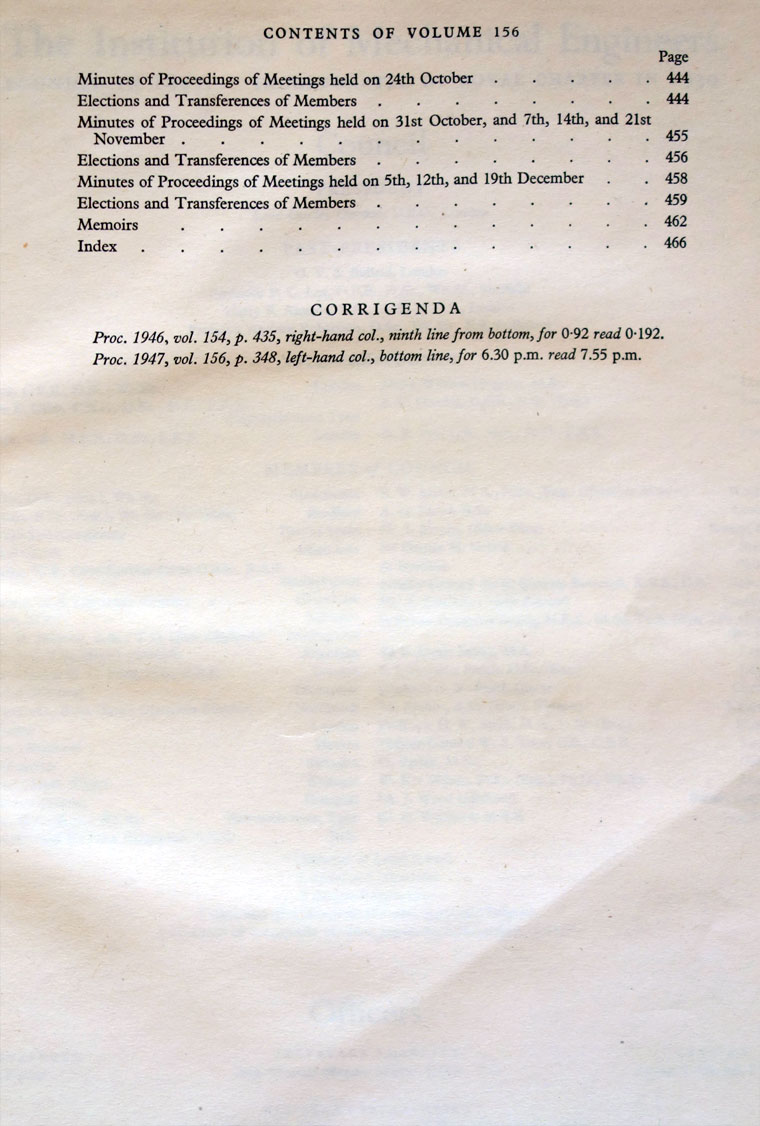 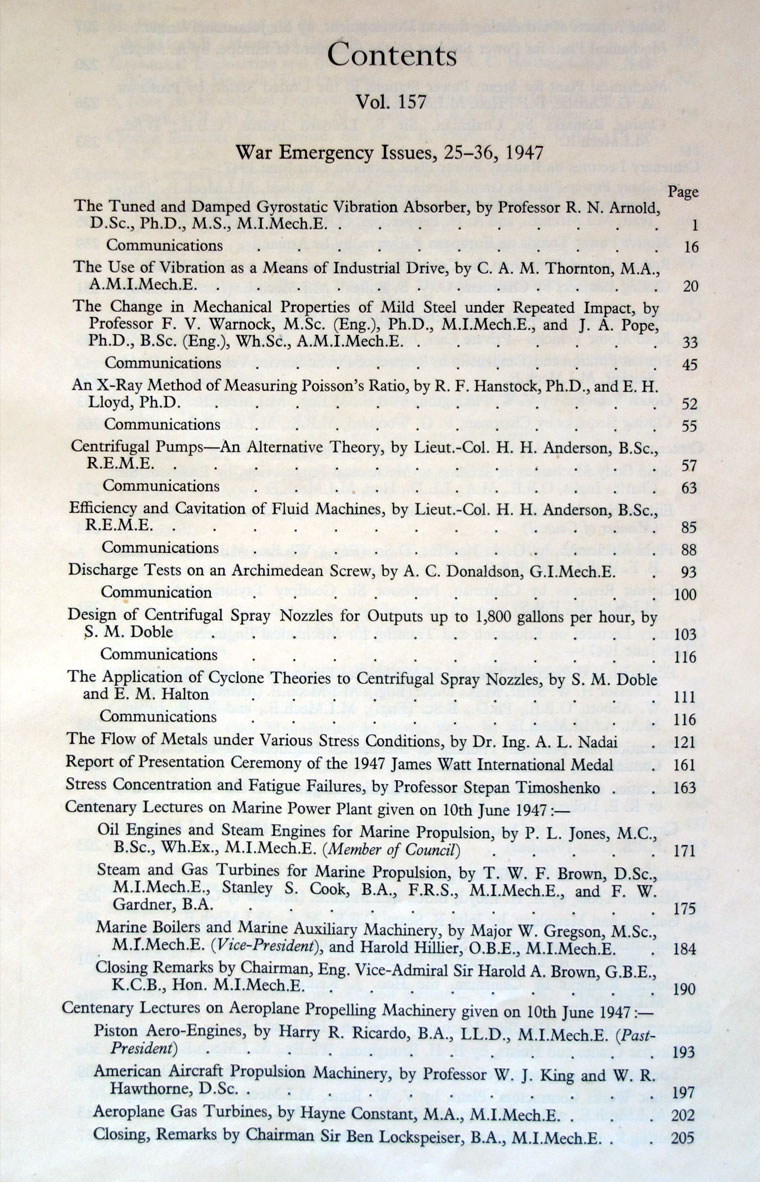 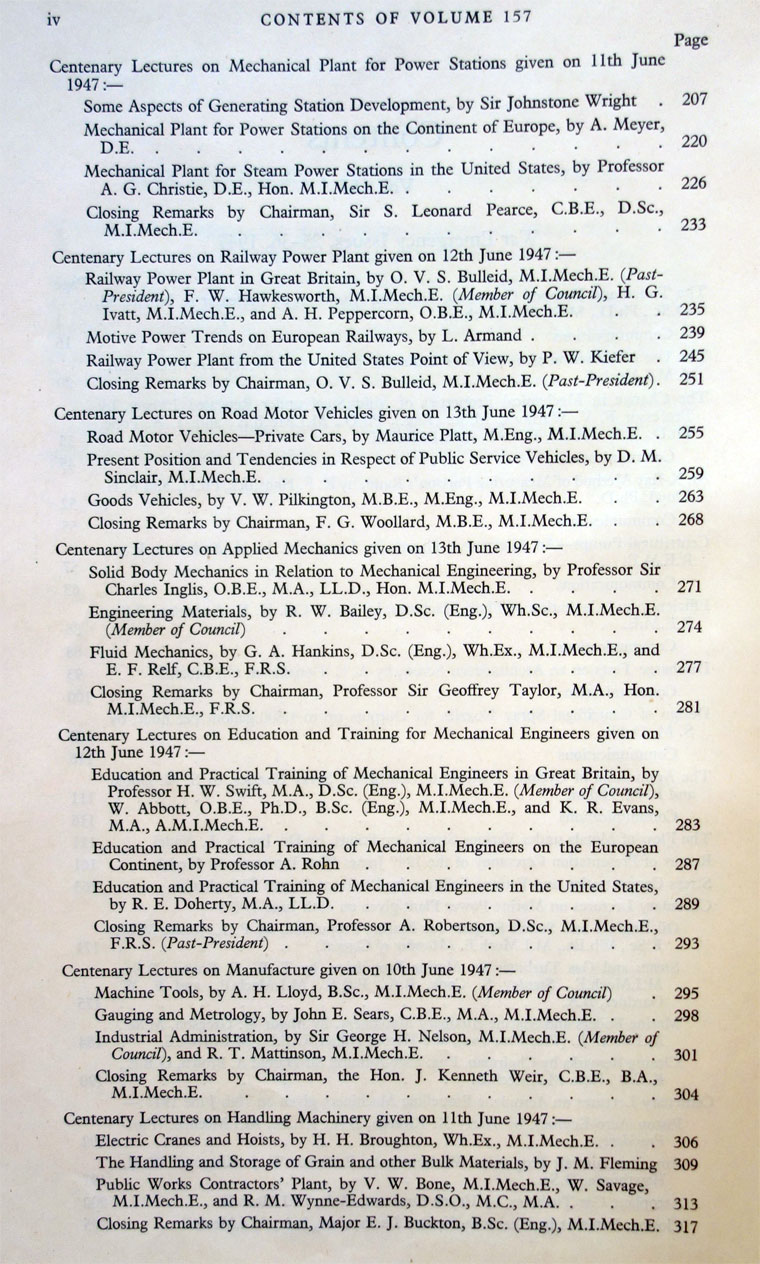 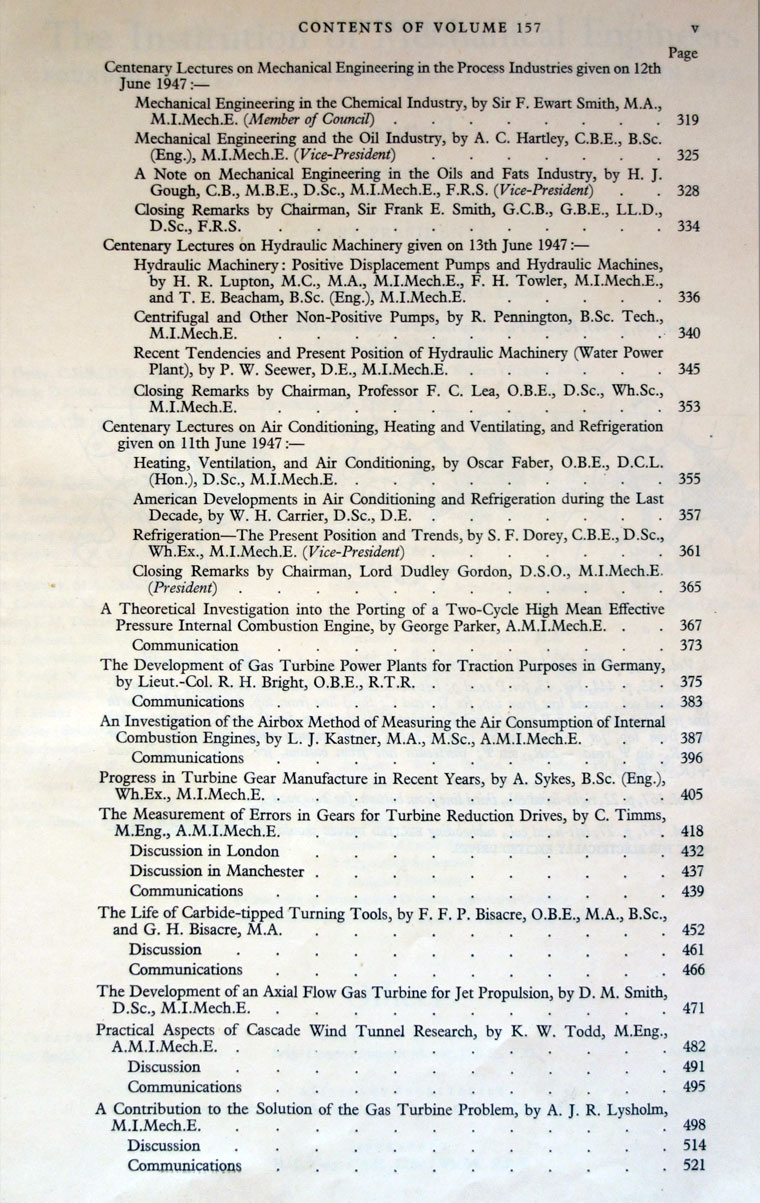 Note: This is a sub-section of 1947 Institution of Mechanical Engineers