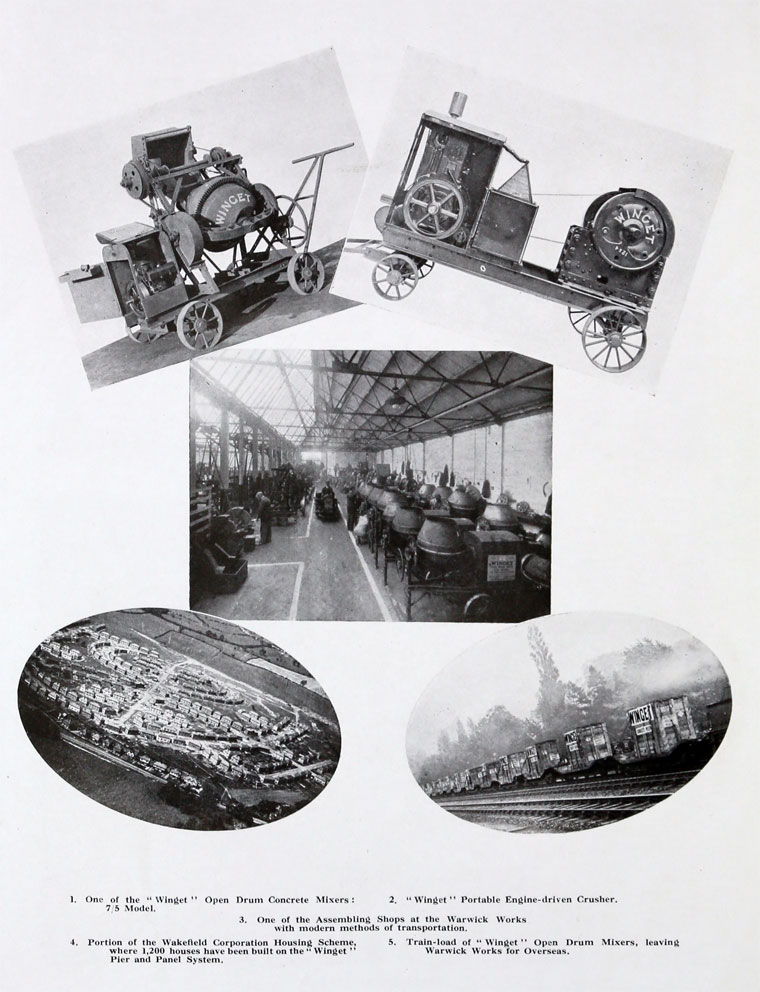 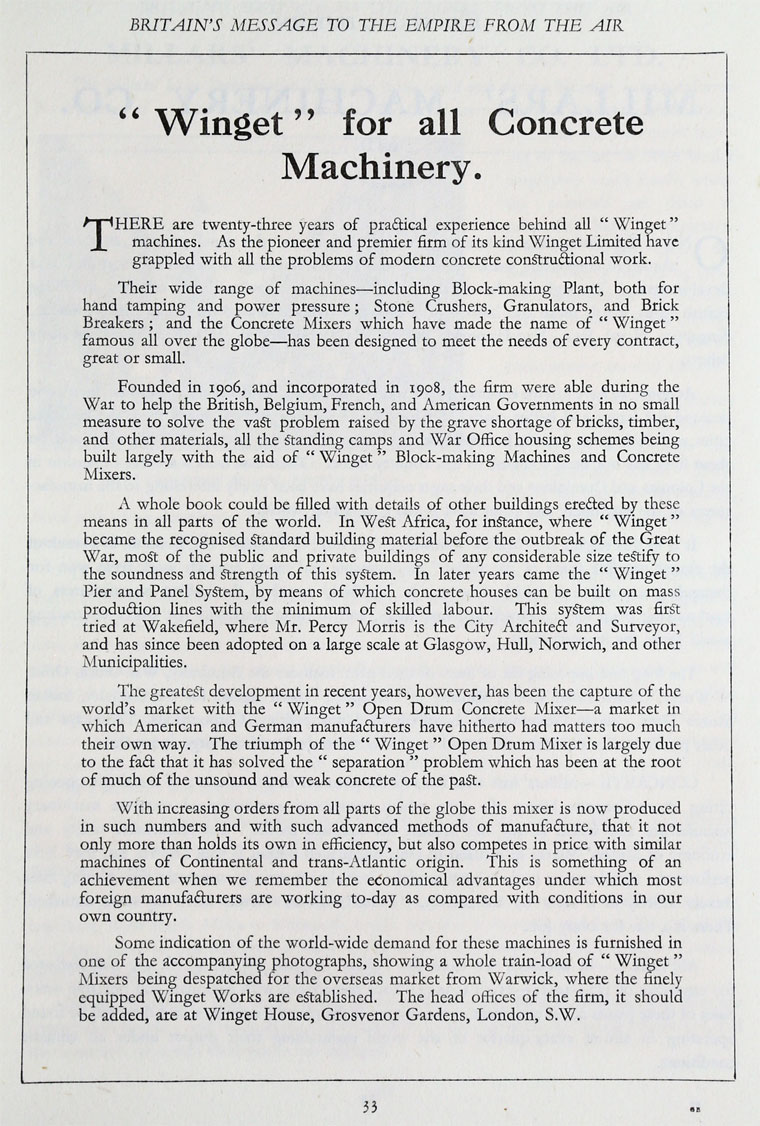 There are twenty-three years of pra6tical experience behind all "Winget" machines. As the pioneer and premier firm of its kind Winget Limited have grappled with all the problems of modern concrete constructional work.

Their wide range of machines - including Block-making Plant, both for hand tamping and power pressure; Stone Crushers, Granulators, and Brick Breakers; and the Concrete Mixers which have made the name of " Winget " famous all over the globe - has been designed to meet the needs of every contract, great or small.

Founded in i906, and incorporated in i9o8, the firm were able during the War to help the British, Belgium, French, and American Governments in no small measure to solve the yak problem raised by the grave shortage of bricks, timber, and other materials, all the standing camps and War Office housing schemes being built largely with the aid of " Winget " Block-making Machines and Concrete Mixers.

A whole book could be filled with details of other buildings erected by these means in all parts of the world. In Vick Africa, for instance, where "Winget" became the recognised standard building material before the outbreak of the Great War, most of the public and private buildings of any considerable size testify to the soundness and strength of this system. In later years came the "Winget" Pier and Panel System, by means of which concrete houses can be built on mass production lines with the minimum of skilled labour. This system was first tried at Wakefield, where Mr. Percy Morris is the City Architect and Surveyor, and has since been adopted on a large scale at Glasgow, Hull, Norwich, and other Municipalities.

The greatest development in recent years, however, has been the capture of the world's market with the "Winget" Open Drum Concrete Mixer - a market in which American and German manufacturers have hitherto had matters too much their own way. The triumph of the "Winget" Open Drum Mixer is largely due to the fait that it has solved the "separation" problem which has been at the root of much of the unsound and weak concrete of the pair.

With increasing orders from all parts of the globe this mixer is now produced in such numbers and with such advanced methods of manufacture, that it not only more than holds its own in efficiency, but also competes in price with similar machines of Continental and trans-Atlantic origin. This is something of an achievement when we remember the economical advantages under which most foreign manufa6turers arc working to-day as compared with conditions in our own country.

Some indication of the world-wide demand for these machines is furnished in one of the accompanying photographs, showing a whole train-load of "Winget" Mixers being despatched for the overseas market from Warwick, where the finely equipped Winget Works are established. The head offices of the firm, it should be added, are at Winget House, Grosvenor Gardens, London, S.W.