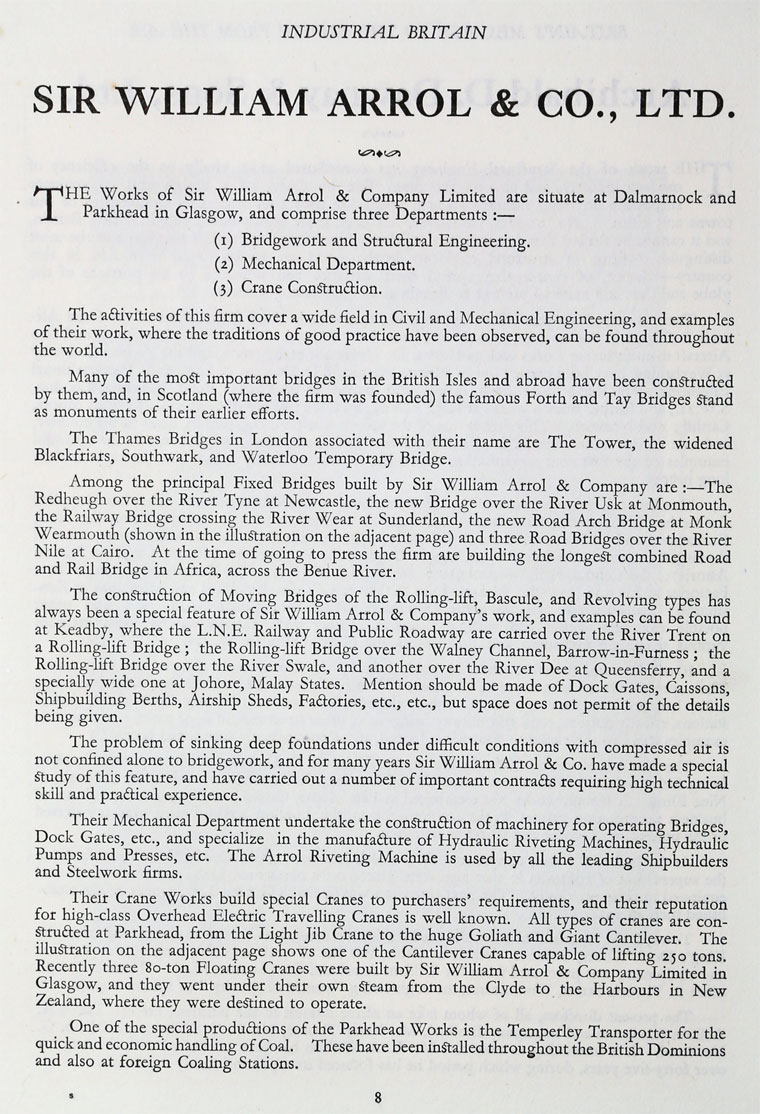 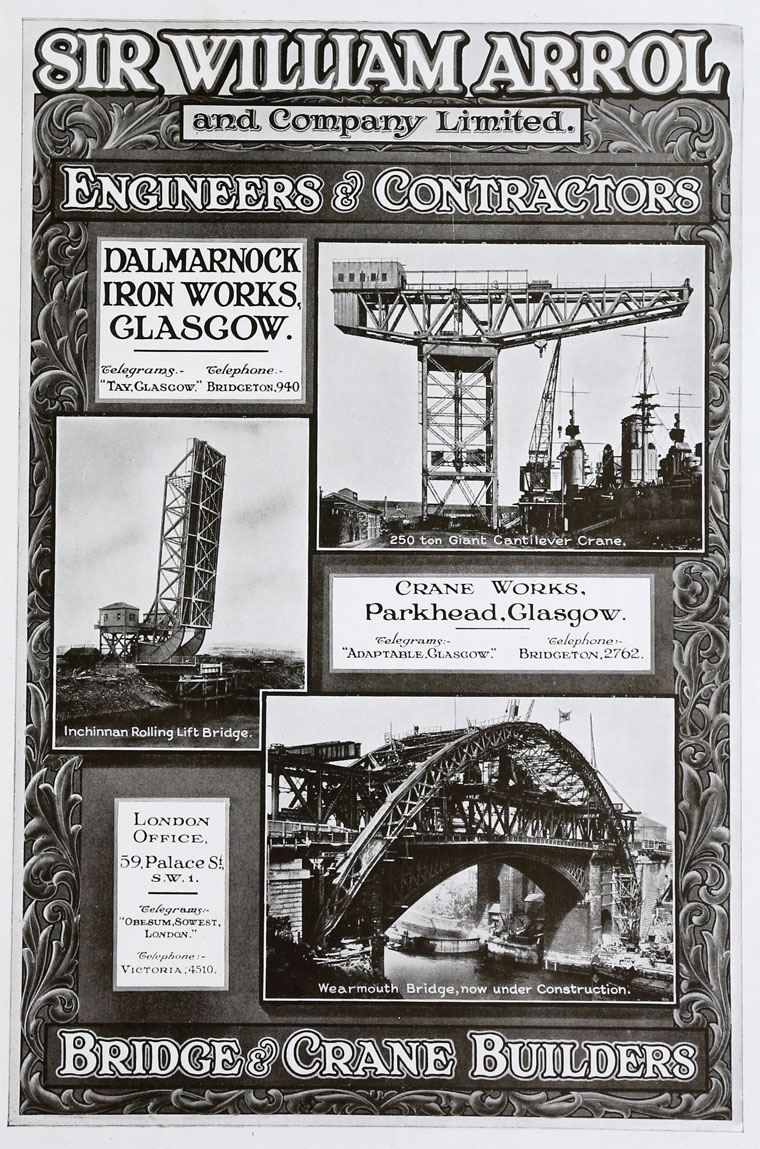 The Works of Sir William Arrol and Company Limited are situate at Dalmarnock and Parkhead in Glasgow, and comprise three Departments: -

The activities of this firm cover a wide field in Civil and Mechanical Engineering, and examples of their work, where the traditions of good practice have been observed, can be found throughout the world.

Many of the most important bridges in the British Isles and abroad have been constructed by them, and, in Scotland (where the firm was founded) the famous Forth and Tay Bridges stand as monuments of their earlier efforts.

The Thames Bridges in London associated with their name are The Tower, the widened Blackfriars, Southwark, and Waterloo Temporary Bridge.

Among the principal Fixed Bridges built by Sir William Arrol and Company arc: - The Redheugh over the River Tyne at Newcastle, the new Bridge over the River Usk at Monmouth, the Railway Bridge crossing the River Wear at Sunderland, the new Road Arch Bridge at Monk Wearmouth (shown in the illustration on the adjacent page) and three Road Bridges over the River Nile at Cairo. At the time of going to press the firm are building the long combined Road and Rail Bridge in Africa, across the Benue River.

The problem of sinking deep foundations under difficult conditions with compressed As is not confined alone to bridgework, and for many years Si, William Arrol and Co. have made a special Study of this feature, and have carried out a number of important contra6ts requiring high technical skill and pra6tical experience.

Their Mechanical Department undertake the construction of machinery for operating Bridges, Dock Gates, etc., and specialize in the manufacture of Hydraulic Riveting Machines, Hydraulic Pumps and Presses, etc. The Arrol Riveting Machine is used by Al the leading Shipbuilders and Steelwork firms.

Their Crane Works build special Cranes to purchasers' requirements, and their reputation for high-class Overhead Electric Travelling Cranes is well known. All types of cranes are constructed at Parkhead, from the Light Jib Crane to the huge Goliath and Giant Cantilever. The illustration on the adjacent page shows one of the Cantilever Cranes capable of lifting 250 tons. Recently three 80-ton Floating Cranes were built by Sir William Arrol and Company Limited in Glasgow, and they went under their own Steam from the Clyde to the Harbours in New Zealand, where they were destined to operate.

One of the special productions of the Parkhead Works is the Temperley Transporter for the quick and economic handling of Coal. These have been installed throughout the British Dominions and also at foreign Coaling Stations.