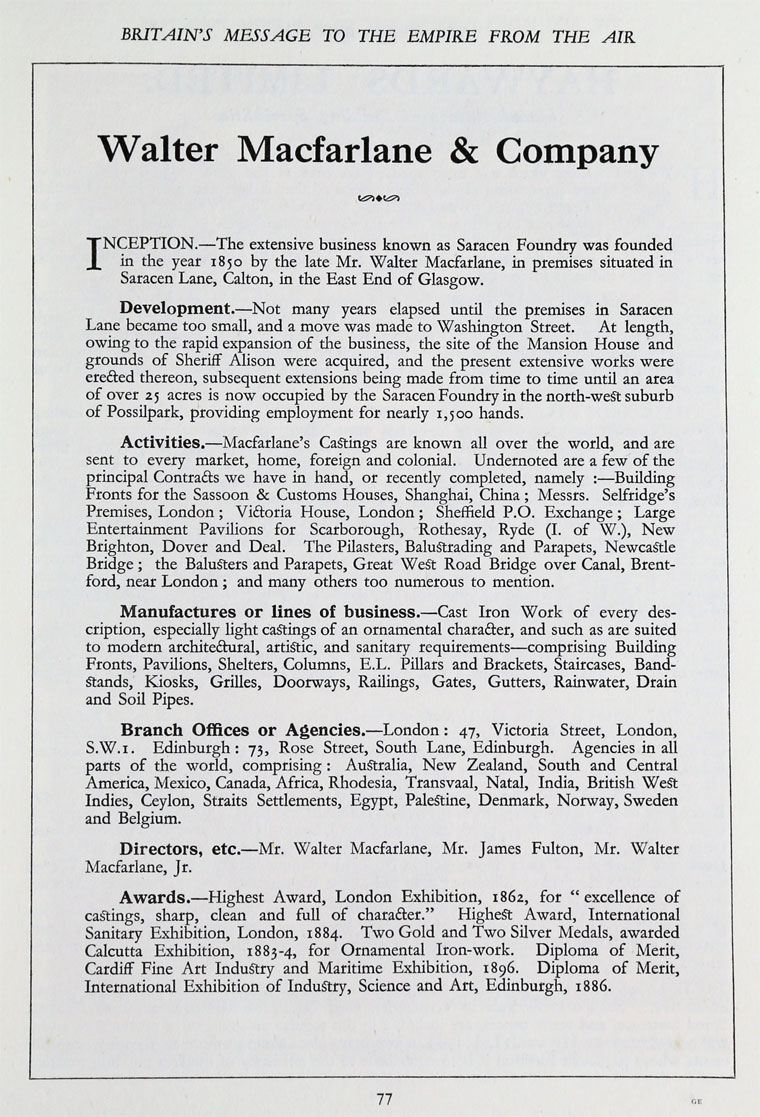 The extensive business known as Saracen Foundry was founded in the year 1850 by the late Mr. Walter Macfarlane, in premises situated in Saracen Lane, Calton, in the East End of Glasgow.

Development. - Not many years elapsed until the premises in Saracen Lane became too small, and a move was made to Washington Street. At length, owing to the rapid expansion of the business, the site of the Mansion House and grounds of Sheriff Alison were acquired, and the present extensive works were erected thereon, subsequent extensions being made from time to time until an area of over et acres is now occupied by the Saracen Foundry in the north-west suburb of Possilpark, providing employment for nearly 1,500 hands.

Activities. - Macfarlane's Castings are known all over the world, and are sent to every market, home, foreign and colonial. Undernoted are a few of the principal contracts we have in hand, or recently completed, namely: - Building Fronts for the Sassoon and Customs Houses, Shanghai, China; Messrs. Selfridge's Premises, London; Victoria House, London; Sheffield P.O. Exchange; Large Entertainment Pavilions for Scarborough, Rothesay, Ryde (I. of W.), New Brighton, Dover and Deal. The Pilasters, Balustrading and Parapets, Newcastle Bridge; the Balusters and Parapets, Great Wet Road Bridge over Canal, Brentford, near London; and many others too numerous to mention.