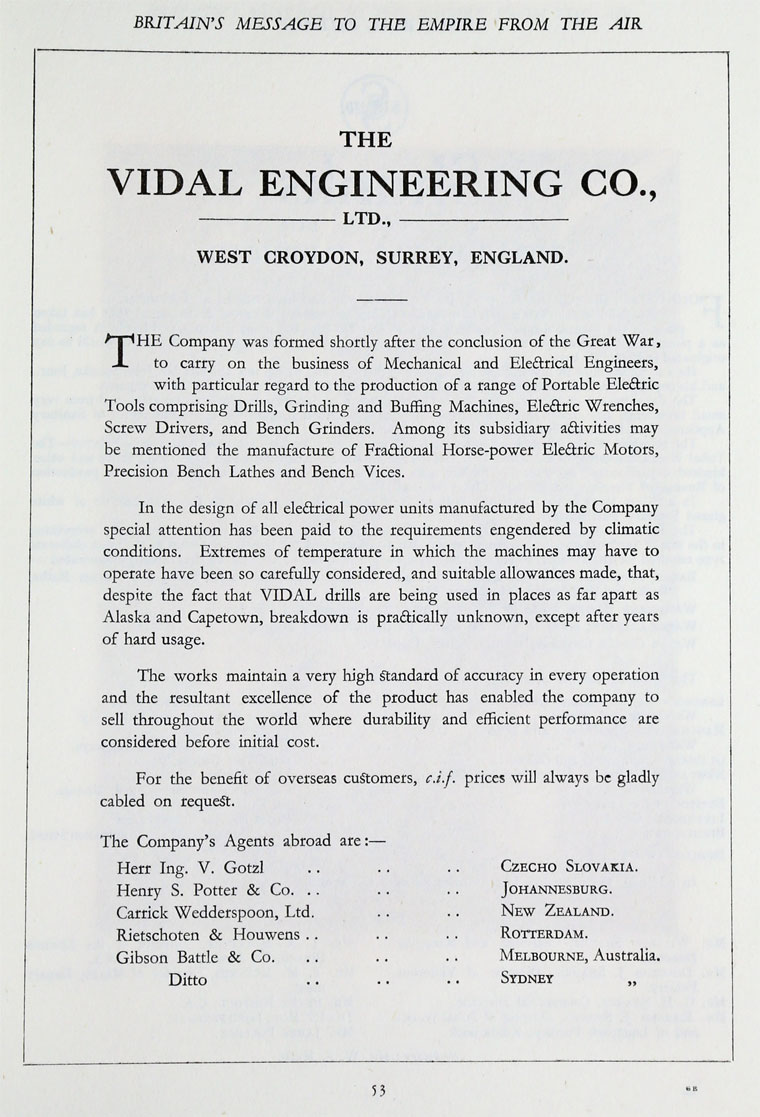 The Company was formed shortly after the conclusion of the Great War, to carry on the business of Mechanical and Electrical Engineers,

with particular regard to the production of a range of Portable Electric Tools comprising Drills, Grinding and Buffing Machines, Electric Wrenches, Screw Drivers, and Bench Grinders. Among its subsidiary activities may be mentioned the manufacture of Fractional Horse-power Electric Motors, Precision Bench Lathes and Bench Vices.

In the design of all electrical power units manufactured by the Company special attention has been paid to the requirements engendered by climatic conditions. Extremes of temperature in which the machines may have to operate have been so carefully considered, and suitable allowances made, that, despite the fact that VIDAL drills are being used in places as far apart as Alaska and Capetown, breakdown is practically unknown, except after years of hard usage.

The works maintain a very high Standard of accuracy in every operation and the resultant excellence of the product has enabled the company to sell throughout the world where durability and efficient performance are considered before initial cost.

For the benefit of overseas customers, c.i.f. prices will always be gladly cabled on request.