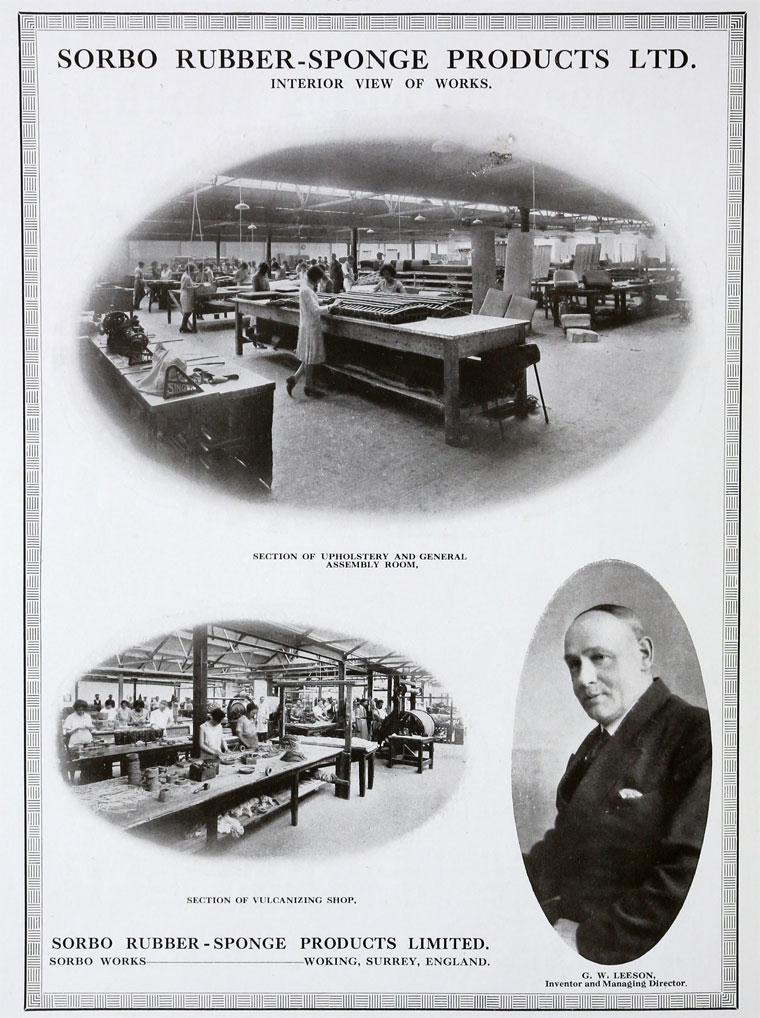 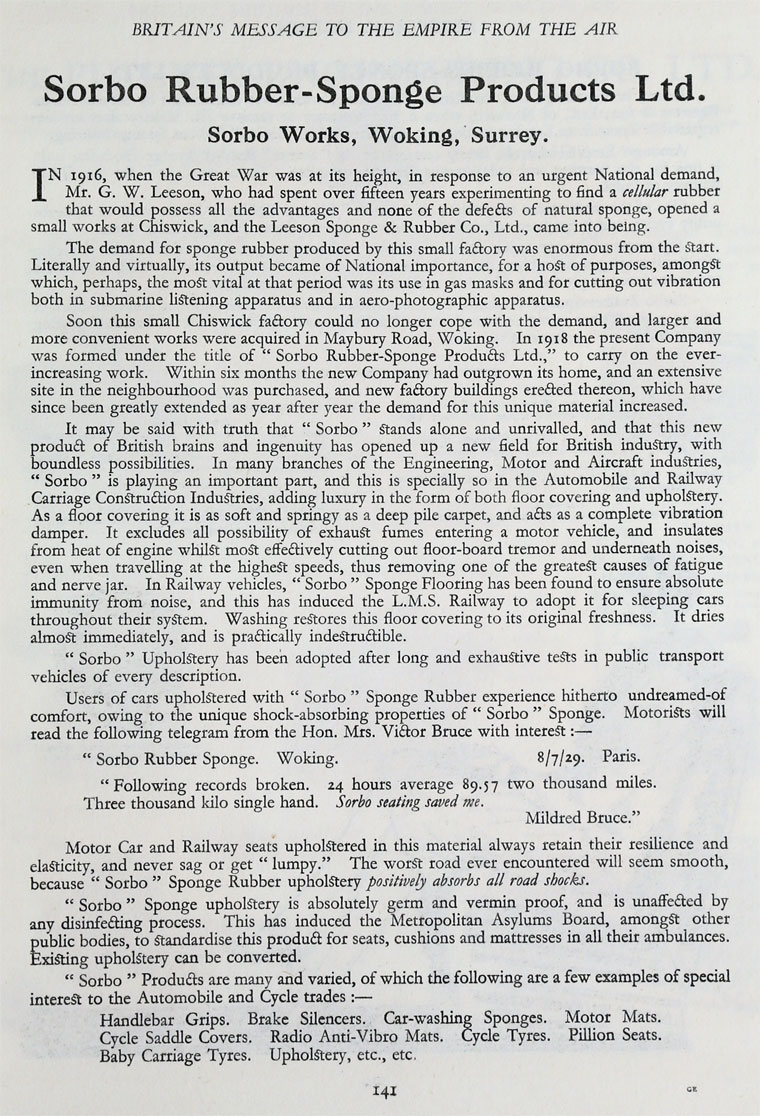 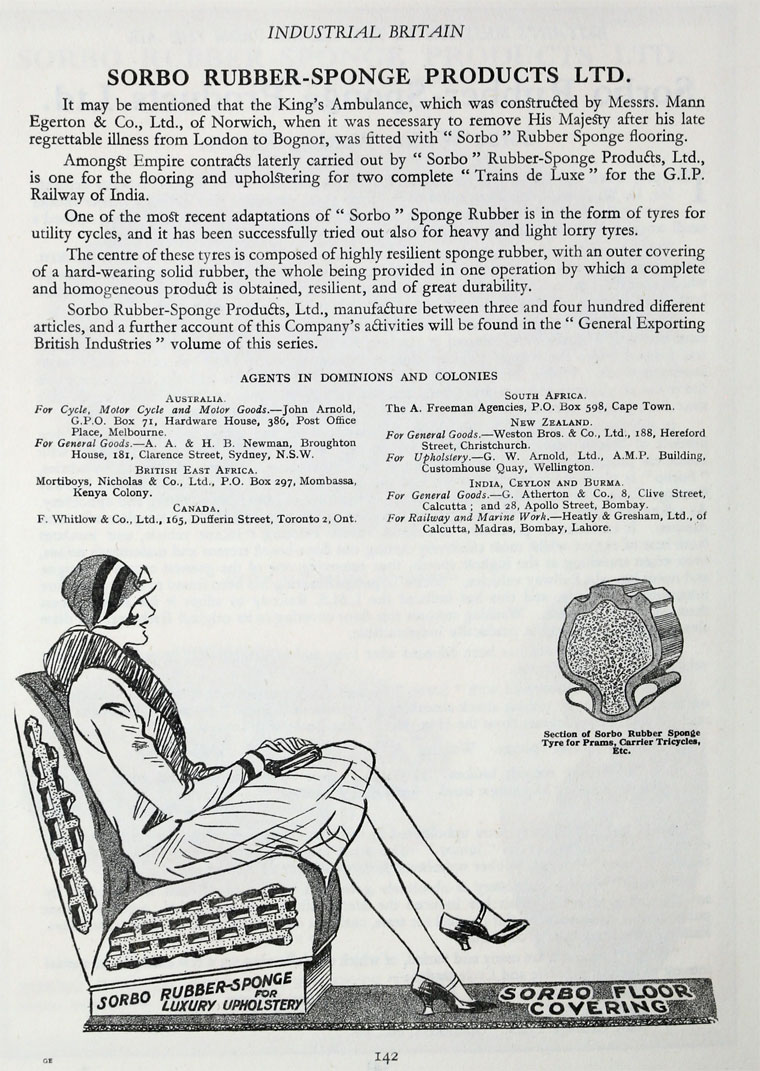 IN 1916, when the Great War was at its height, in response to an urgent National demand, Mr. G. W. Leeson, who had spent over fifteen years experimenting to find a cellular rubber that would possess all the advantages and none of the defects of natural sponge, opened a small works at Chiswick, and the Leeson Sponge and Rubber Co., Ltd., came into being.

The demand for sponge rubber produced by this small factory to enormous from the start. Literally and virtually, its output became of National importance, for a host of purposes, amongst which, perhaps, the most vital at that period was its use in gas masks and for cutting out vibration both in submarine listening apparatus and in aero-photographic apparatus.

Soon this small Chiswick factory could no longer cope with the demand, and larger and more convenient works were acquired in Maybury Road, Woking. In 1918 the present Company was formed under the title of "Sorbo Rubber-Sponge Products Ltd.," to carry on the toe, increasing work. Within six months the new Company had outgrown is home, and an extensive site in the neighbourhood was purchased, and new factory buildings erected thereon, which have since been greatly extended as year after year the demand for this unique material increased.

It may be said with truth that "Sorbo" stands alone and unrivalled, and that this new product of British brains and ingenuity has opened up a new field for British industry, with boundless possibilities. In many branches of the Engineering, Motor and Aircraft industries, "Sorbo" is playing an important part, and this is specially to in the Automobile and Railway Carriage Construction Industries, adding luxury in the form of both floor covering and upholstery. As a floor covering it is as soft and springy as a deep pile carpet, and acts as a complete vibration damper. It excludes all possibility of exhaust fumes entering a motor vehicle, and insulates from heat of engine whilst most effectively cutting out floor-board tremor and underneath noises, even when travelling at the highest speeds, thus removing one of the greatest causes of fatigue and nerve jar. In Railway vehicles, "Sorbo" Sponge Flooring has been found to ensure absolute immunity from noise, and this has induced the L.M.S. Railway to adopt it for sleeping cars throughout their system. Washing restores this floor covering to its original freshness. It dries almost immediately, and is practically indestructible.

"Sorbo" Upholstery has been adopted after long and exhaustive tests in public transport vehicles of ever), description.