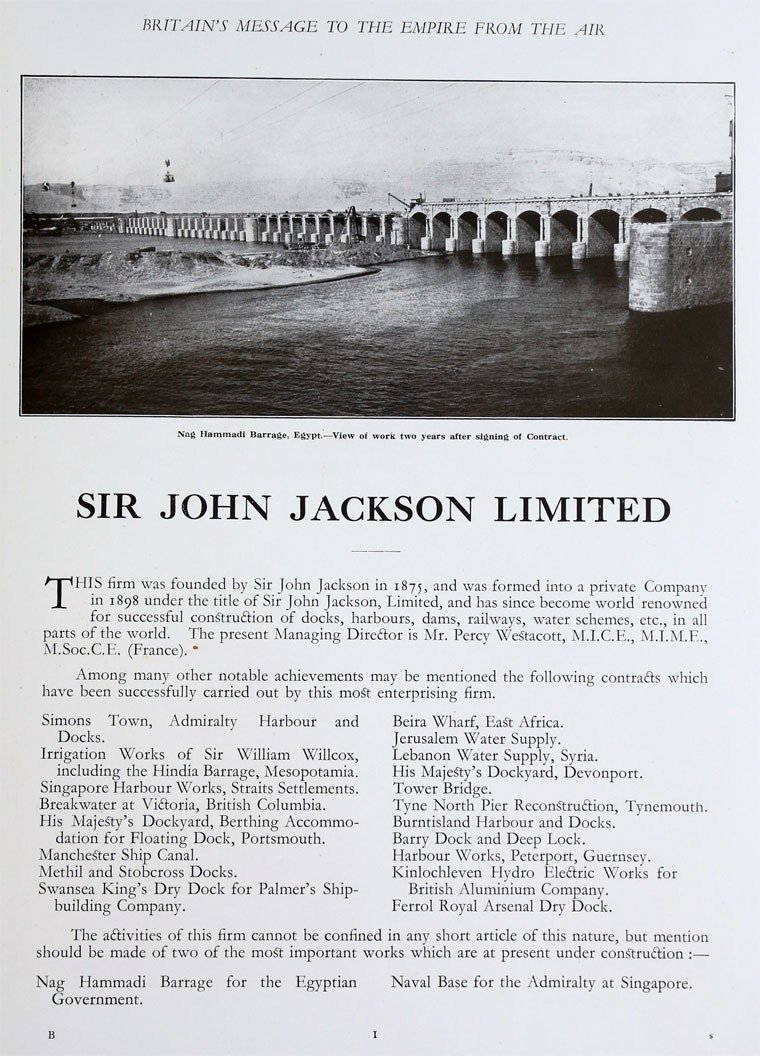 This firm was founded by Sir John Jackson in 1875, and was formed into a private Company in 1898 under the title of Sir John Jackson, Limited, and has since become world renowned for successful construction of docks, harbours, dams, railways, water schemes, etc. in all parts of the world.

Among many other notable achievements may be mentioned the following contracts which have been successfully carried out by this most enterprising firm.