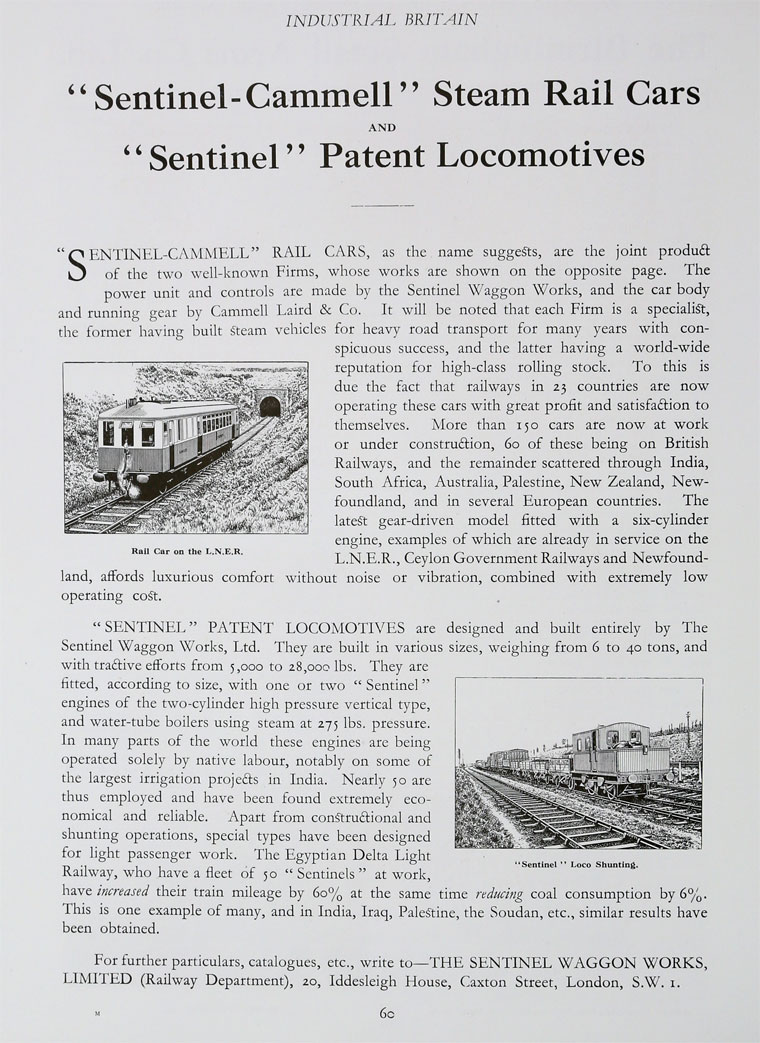 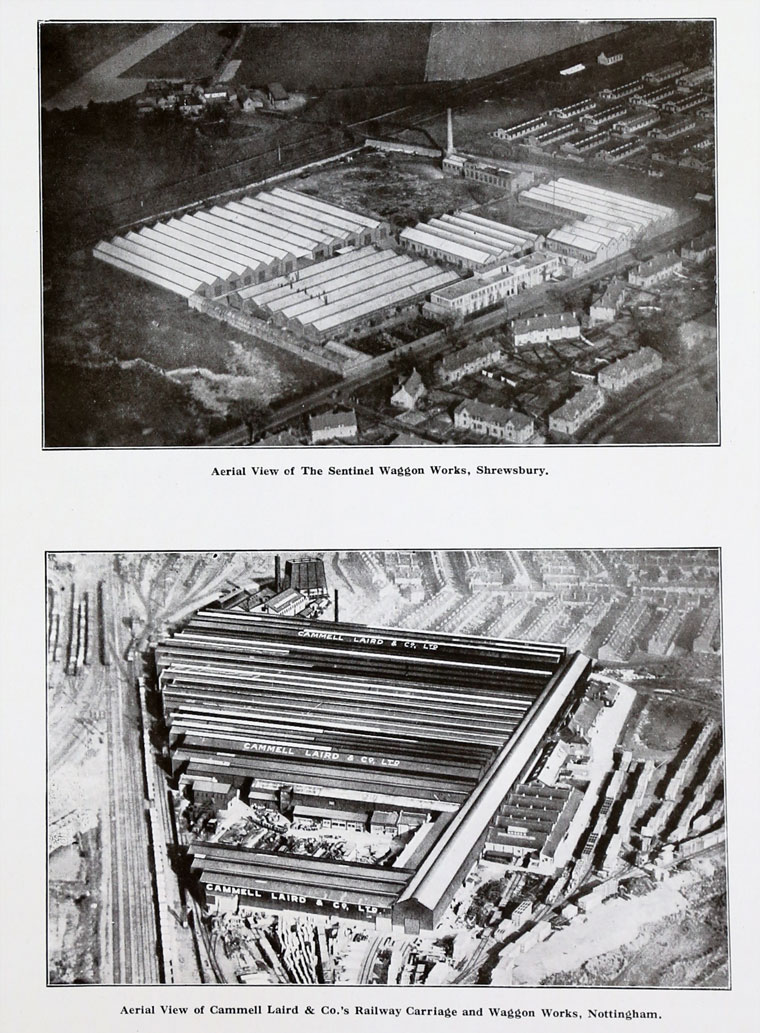 "SENTINEL-CAMMELL" RAIL CARS, as the name suggests, are the joint product of the two well-known Firms, whose works are shown on the opposite page. The power unit and controls are made by the Sentinel Waggon Works, and the car body and running gear by Cammell Laird Sc Co. It will be noted that each Firm is a specialist, the former having built Steam vehicles for heavy road transport for many years with conspicuous success, and the latter having a world-wide reputation for high-class rolling stock. To this is due the fact that railways in 23 countries are now operating these cars with great profit and satisfaction to themselves. More than 150 cars are now at work or under construction, 60 of these being on British Railways, and the remainder scattered through India, South Africa, Australia, Palestine, New Zealand, Newfoundland, and in several European countries. The latest gear-driven model fitted with a six-cylinder engine, examples of which are already in service on the L.N.E.R., Ceylon Government Railways and Newfoundland, affords luxurious comfort without noise or vibration, combined with extremely low operating cost.

"SENTINEL" PATENT LOCOMOTIVES are designed and built entirely by The Sentinel Waggon Works, Ltd. They are built in various sizes, weighing from 6 to 40 tons, and with tractive efforts from 5,000 to 28,000 lbs. They are fitted, according to size, with one or two "Sentinel" engines of the two-cylinder high pressure vertical type, and water-tube boilers using steam at 275 lbs. pressure. In many parts of the world these engines are being operated solely by native labour, notably on some of the largest irrigation projects in India. Nearly 50 are thus employed and have been found extremely economical and reliable. Apart from constructional and shunting operations, special types have been designed for light passenger work. The Egyptian Delta Light Railway, who have a fleet of 50 "Sentinels" at work, have increased their train mileage by 6o% at the same time reducing coal consumption by 6%. This is one example of many, and in India, Iraq, Palatine, the Soudan, etc., similar results have been obtained.