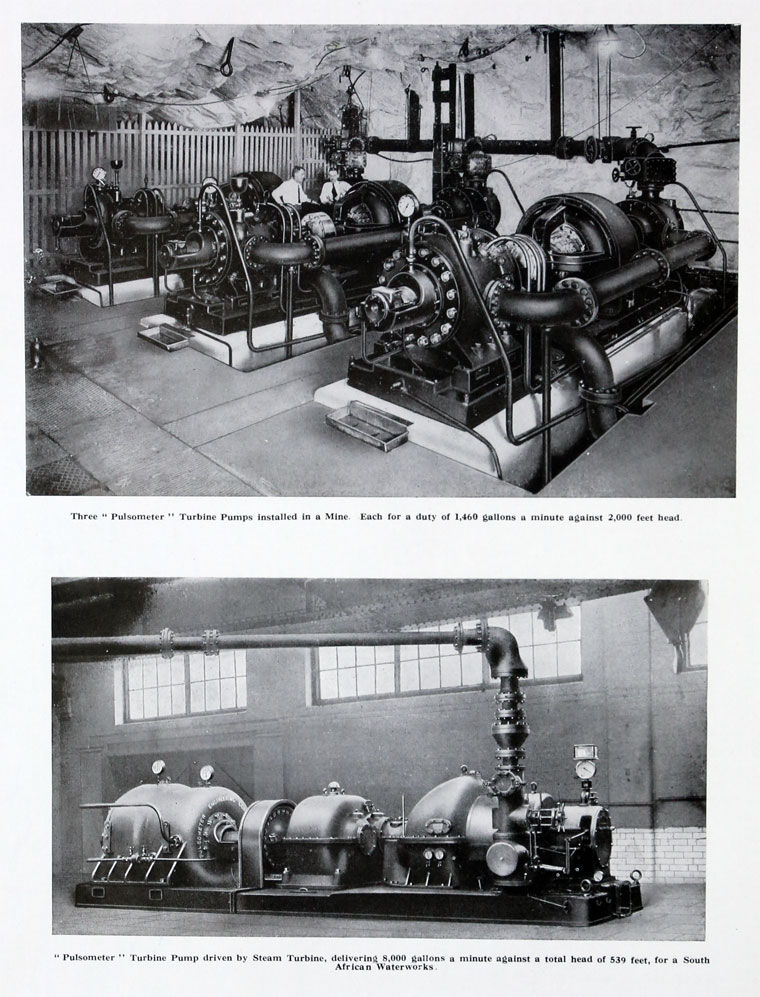 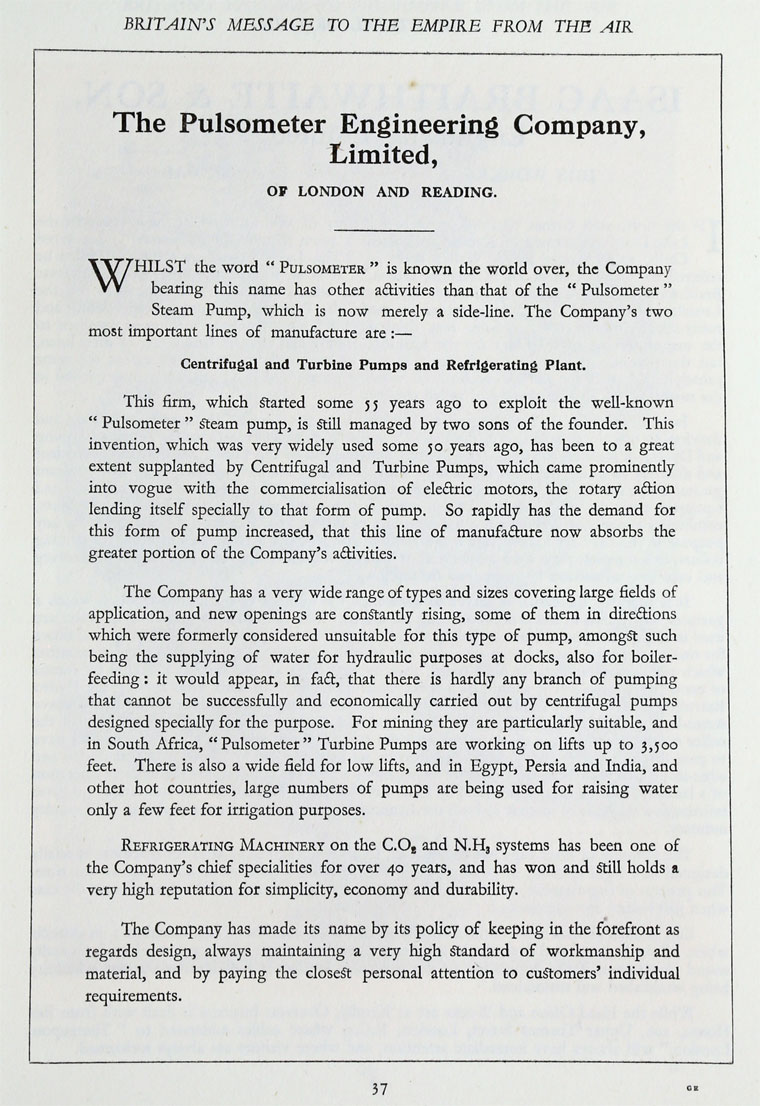 Whilst the word "Pulsometer" is known the world over, the Company bearing this name has other activities than that of the "Pulsometer" Steam Pump, which is now merely a side-line. The Company's two most important lines of manufacture are: -

Centrifugal and Turbine Pumps and Refrigerating Plant. This firm, which started some 55 years ago to exploit the well-known "Pulsometer" Steam pump, is still managed by two sons of the founder. This invention, which was very widely used some 5o years ago, has been to a great extent supplanted by Centrifugal and Turbine Pumps, which came prominently into vogue with the commercialisation of electric motors, the rotary action lending itself specially to that form of pump. So rapidly has the demand for this form of pump increased, that this line of manufacture now absorbs the greater portion of the Company's activities.

The Company has a very wide range of types and sizes covering large fields of application, and new openings are constantly rising, some of them in directions which were formerly considered unsuitable for this type of pump, amongst such being the supplying of water for hydraulic purposes at docks, also for boiler- feeding it would appear, in fail, that there is hardly any branch of pumping that cannot be successfully and economically carried out by centrifugal pumps designed specially for the purpose. For mining they are particularly suitable, and in South Africa, "Pulsometer” Turbine Pumps are working on lifts up to 3,5oo feet. There is also a wide field for low lifts, and in Egypt, Persia and India, and other hot countries, large numbers of pumps arc being used for raising water only a few feet for irrigation purposes.

REFRIGERATING MACHINERY on the C02 and NH3 systems has been one of the Company's chief specialities for over 4o years, and has won and still holds a very high reputation for simplicity, economy and durability.

The Company has made its name by its policy of keeping in the forefront as regards design, always maintaining a very high Standard of workmanship and material, and by paying the closest personal attention to customers' individual requirements.