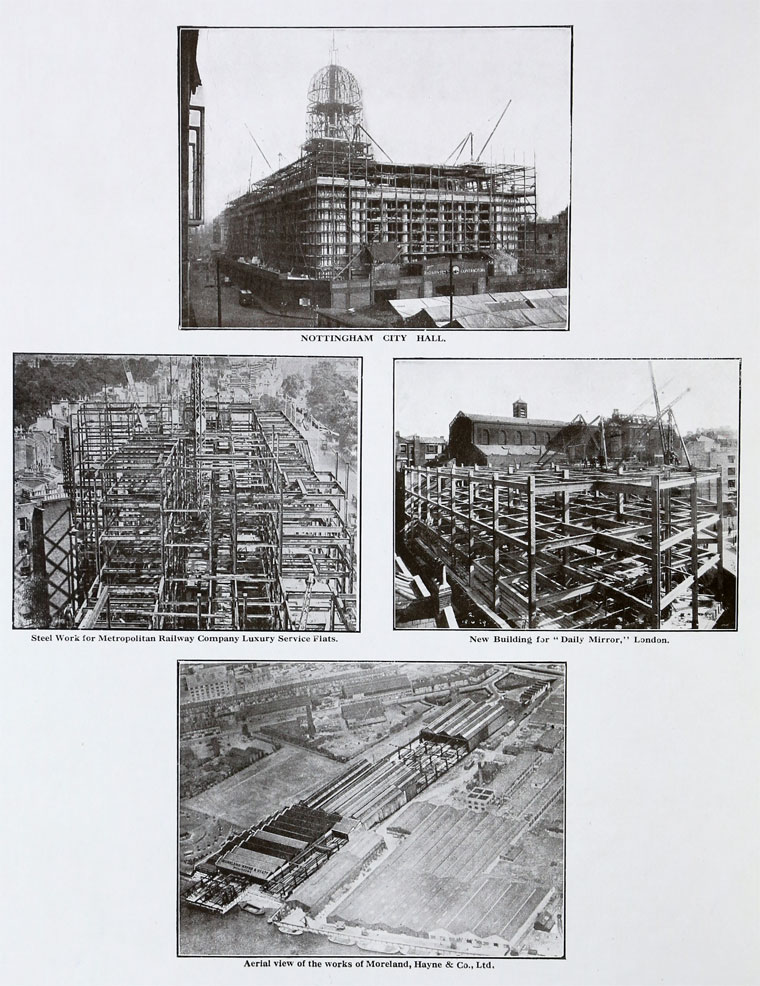 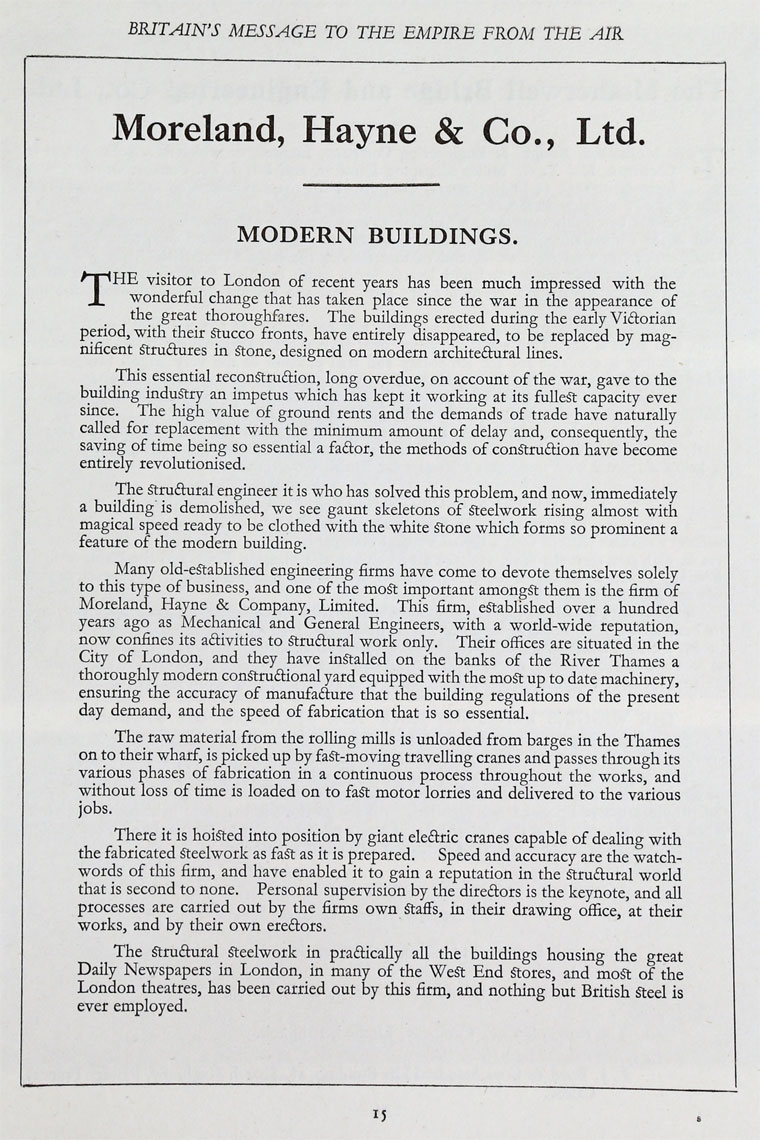 THE visitor to London of recent years has been much impressed with the wonderful change that has taken place since the war in the appearance of the great thoroughfares. The buildings erected during the early Victorian period, with their stucco fronts, have entirely disappeared, to be replaced by magnificent Structures in Stone, designed on modern architectural lines.

This essential reconstruction, long overdue, on account of the war, gave to the building industry an impetus which has kept it working at its fullest capacity ever since. The high value of ground rents and the demands of trade have naturally called for replacement with the minimum amount of delay and, consequently, the saving of time being so essential a factor, the methods of construction have become entirely revolutionised.

The Structural engineer it is who has solved this problem, and now, immediately a building is demolished, we see gaunt skeletons of Steelwork rising almost with magical speed ready to be clothed with the white Stone which forms so prominent a feature of the modern building.

Many old-established engineering firms have come to devote themselves solely to this type of business, and one of it most important amongst them is the firm of Moreland, Hayne and Company, Limited. This firm, established over a hundred years ago as Mechanical and General Engineers, with a world-wide reputation, now confines its activities to structural work only. Their offices are situated in the City of London, and they have installed on the banks of the River Thames a thoroughly modern construction yard equipped with the most up to date machinery, ensuring the accuracy of manufacture that the building regulations of the present day demand, and the speed of fabrication that is so essential.

The raw material from the rolling mills is unloaded from barges in the Thames on to their wharf, is picked up by fast-moving travelling cranes and passes through its various phases of fabrication in a continuous process throughout the works, and without loss of time is loaded on to fast motor lorries and delivered to the various jobs.

There it is hoisted into position by giant electric cranes capable of dealing with the fabricated Steelwork as fast as it is prepared. Speed and accuracy are the watch- words of this firm, and have enabled it to gain a reputation in the Structural world that is second to none. Personal supervision by the directors is the keynote, and all processes are carried out by the firms own Staffs, in their drawing office, at their works, and by their own erectors.

The Structural Steelwork in practically all it buildings housing the great Daily Newspapers in London, in many of the West End Stores, and most of the London theatres, has been carried out by this firm, and nothing but British Steel is ever employed.