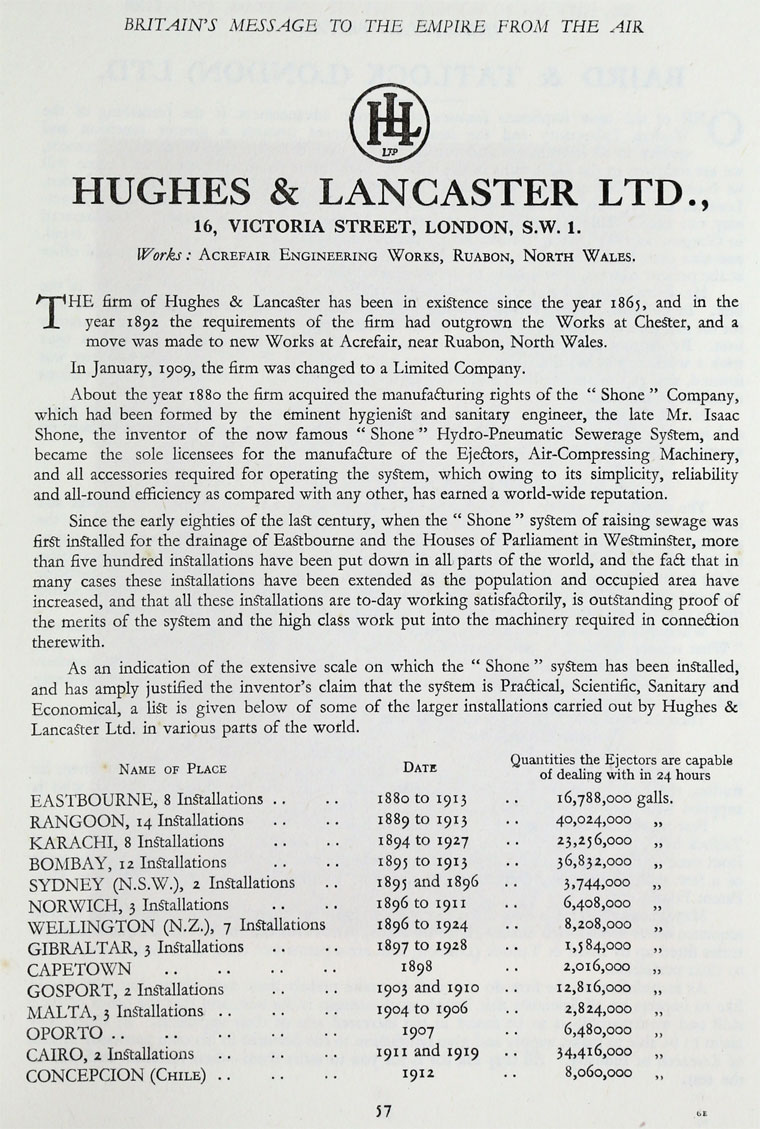 The firm of Hughes and Lancaster has been in existence since the year 1865, and in the year 1892 the requirements of the firm had outgrown the Works at Chester, and a move was made to new Works at Acrefair, near Ruabon, North Wales.

In January, 1909, the firm was changed to a Limited Company.

About the year 1880 the firm acquired the manufacturing rights of the "Shone" Company, which had been formed by the eminent hygienist and sanitary engineer, the late Mr. Isaac Shone, the inventor of the now famous "Shone" Hydro-Pneumatic Sewerage System, and became the sole licensees for the manufacture of the Ejectors, Air-Compressing Machinery, and all accessories required for operating the system, which owing to its simplicity, reliability and all-round efficiency as compared with any other, has earned a world-wide reputation.

Since the early eighties of the last century, when the "Shone" system of raising sewage was first installed for the drainage of Eastbourne and the Houses of Parliament in Westminster, more than five hundred installations have been put down in all parts of the world, and the fact that in many cases these installations have been extended as the population and occupied area have increased, and that all these installations are to-day working satisfactorily, is outstanding proof of the merits of the system and the high class work put into the machinery required in connection therewith.

As an indication of the extensive scale on which the "Shone" system has been installed, and has amply justified the inventor's claim that the system is Practical, Scientific, Sanitary and Economical, a lilt is given below of some of the larger installations carried out by Hughes and Lancaster Ltd. in various parts of the world.