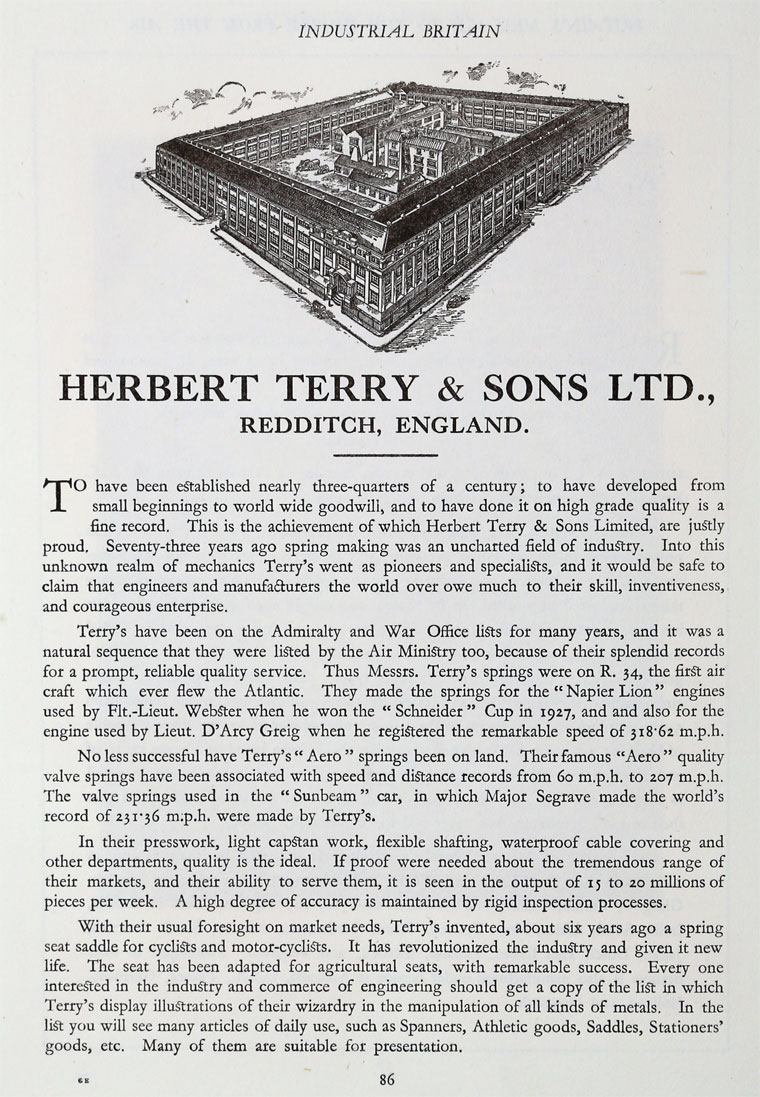 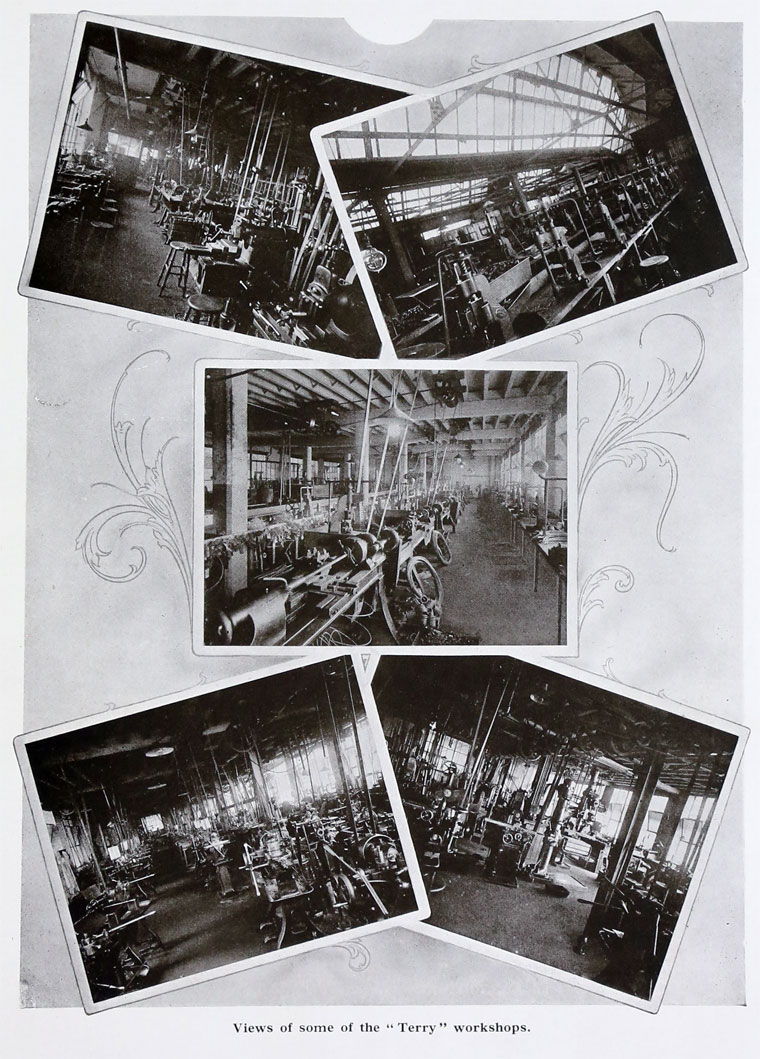 To have been established nearly three-quarters of a century; to have developed from small beginnings to world wide goodwill, and to have done it on high grade quality is a fine record. This is the achievement of which Herbert Terry and Sons Limited, are justly proud. Seventy-three years ago spring making was an uncharted field of industry. Into this unknown realm of mechanics Terry's went as pioneers and specialists, and it would be safe to claim that engineers and manufacturers the world over owe much to their skill, inventiveness, and courageous enterprise.

Terry's have been on the Admiralty and War Office lists for many years, and it was a natural sequence that they were listed by the Air Ministry too, because of their splendid records for a prompt, reliable quality service. Thus Messrs. Terry's springs were on R. 34, the first air craft which ever flew the Atlantic. They made the springs for the "Napier Lion" engines used by Flt.-Lieut. Webster when he won the "Schneider" Cup in 1927, and also for the engine used by Lieut. D'Arcy Greig when he registered the remarkable speed of 318.62 m.p.h.

No less successful have Terry's "Aero" springs been on land. Their famous "Aero" quality valve springs have been associated with speed and distance records from 60 m.p.h. to 207 m.p.h. The valve springs used in the "Sunbeam" car, in which Major Segrave made the world's record of 231.36 m.p.h. were made by Terry's.

In their presswork, light capstan work, flexible shafting, waterproof cable covering and other departments, quality is the ideal. If proof were needed about the tremendous range of their markets, and their ability to serve them, it is seen in the output of 15 to 20 millions of pieces per week. A high degree of accuracy is maintained by rigid inspection processes.

With their usual foresight on market needs, Terry's invented, about six years ago a spring seat saddle for cyclists and motor-cyclists. It has revolutionized the industry and given it new life. The scat has been adapted for agricultural seats, with remarkable success. Every one interested in the industry and commerce of engineering should get a copy of the list in which Terry's display illustrations of their wizardry in the manipulation of all kinds of metals. In the list you will see many articles of daily use, such as Spanners, Athletic goods, Saddles, Stationers' goods, etc. Many of them are suitable for presentation.