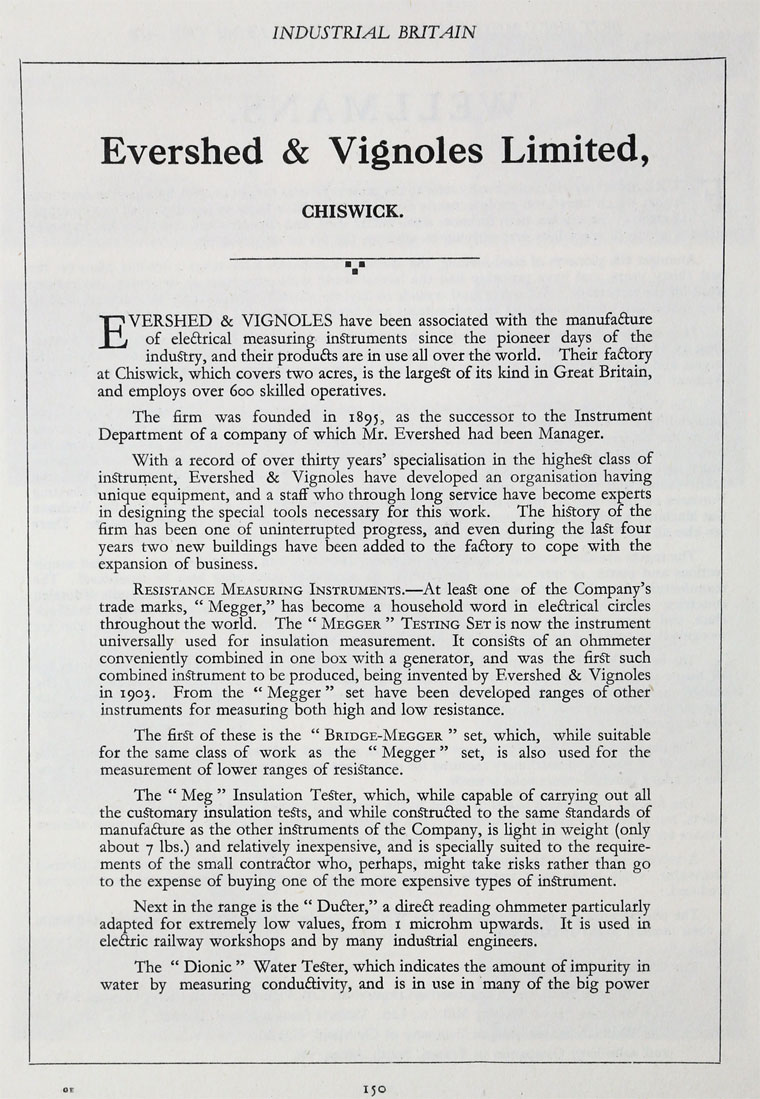 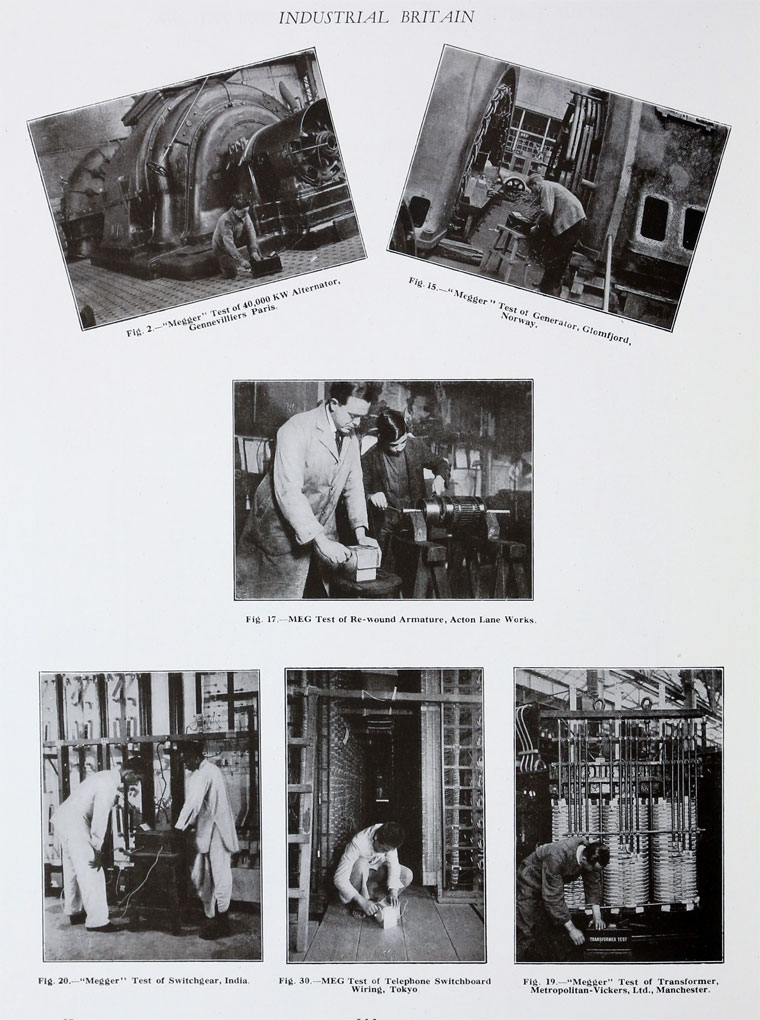 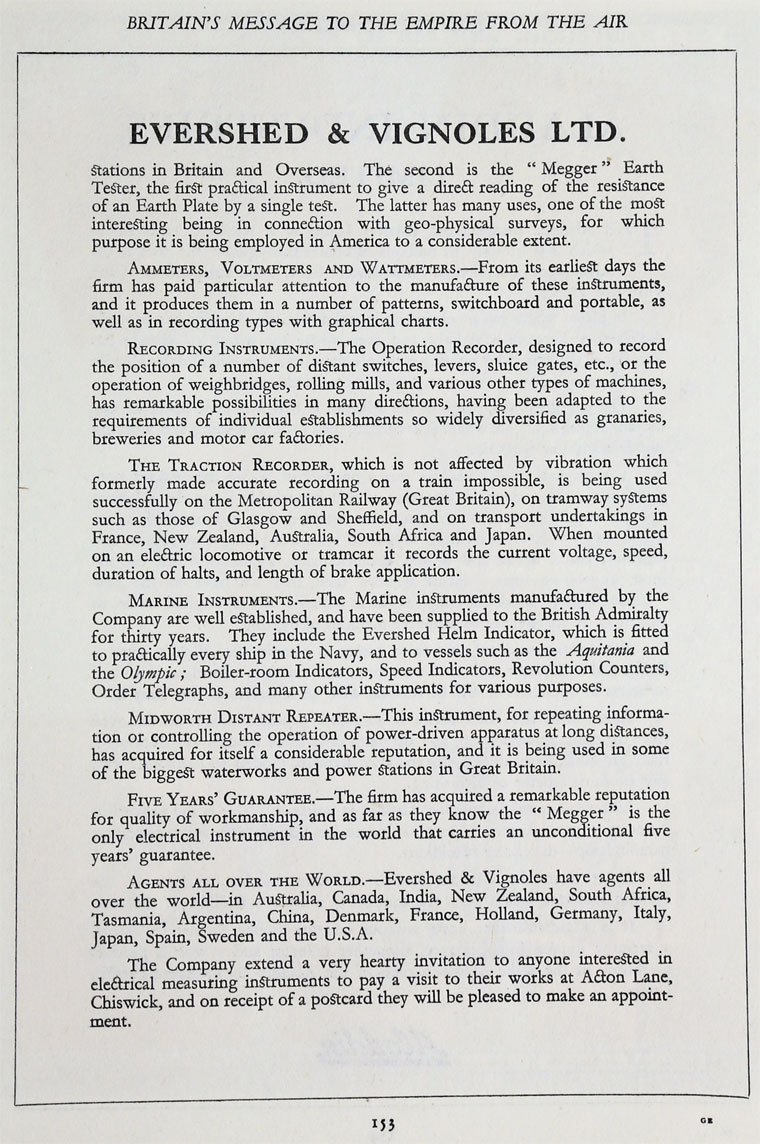 EVERSHED and VIGNOLES have been associated with the manufacture of electrical measuring instruments since the pioneer days of the industry, and their products are in use all over the world. Their factory at Chiswick, which covers two acres, is the largest of its kind in Great Britain, and employs over 800 skilled operatives.

The firm was founded in 1895, as the successor to the Instrument Department of a company of which Mr. Evershed had been Manager.

With a record of over thirty years' specialisation in the highest class of instrument, Evershed and Vignoles have developed an organisation having unique equipment, and a staff who through long service have become experts in designing the special tools necessary for this work. The history of the firm has been one of uninterrupted progress, and even during the last four years 000 new buildings have been added to the factory to cope with the expansion of business.

RESISTANCE MEASURING INSTRUMENTS.-At least one of the Company's trade marks, "Megger," has become a household word in electrical circles throughout the world. The "MEGGER" TESTING SET is now the instrument universally used for insulation measurement. It consists of an ohmmeter conveniently combined in one box with a generator, and was the first such combined instrument to be produced, being invented by Evershed and Vignoles in 1903. From the "Megger" set have been developed ranges of other instruments for measuring both high and low resistance.

The first of these is the "BRIDGE-MEGGER" set, which, while suitable for the same class of work as the "Megger" set, is also used for the measurement of lower ranges of resistance.

The "Meg" Insulation Tester, which, while capable of carrying out all the customary insulation tests, and while constructed to the same Standards of manufacture as the other instruments of the Company, is light in weight (only about 7 lbs.) and relatively inexpensive, and is specially suited to the requirements of the small contractor who, perhaps, might take risks rather than go to the expense of buying one of the more expensive types of instrument.

Next in the range is the "Ducter," a direct reading ohmmeter particularly