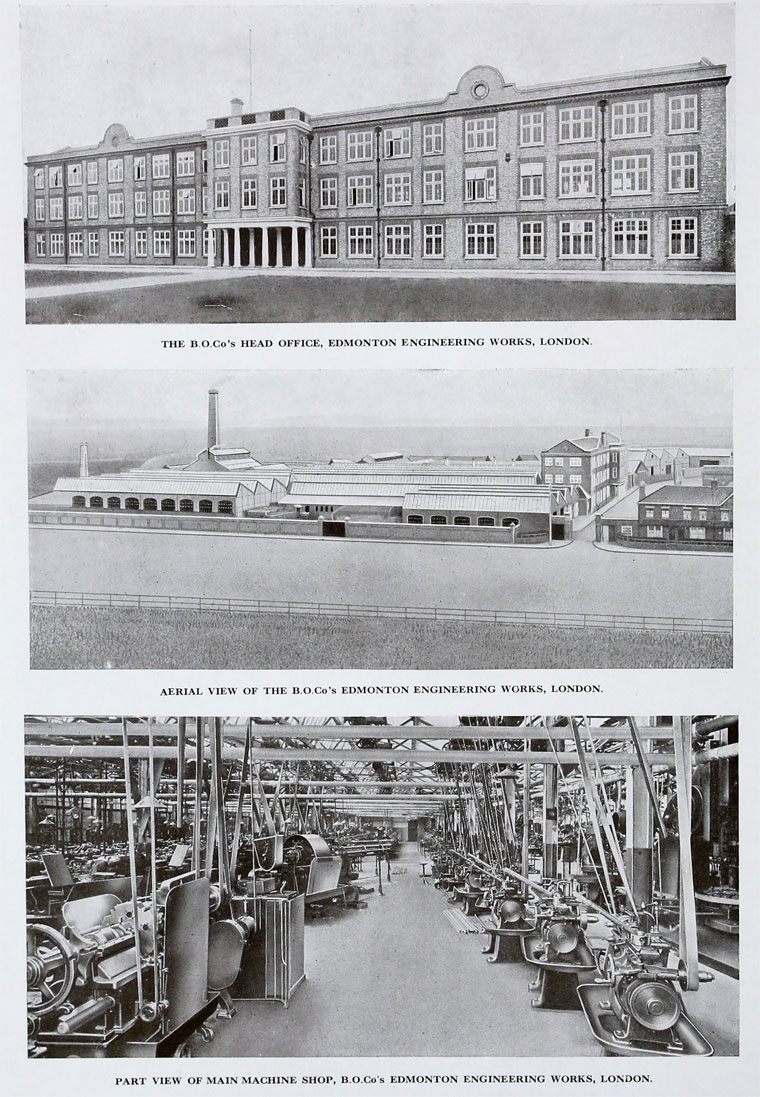 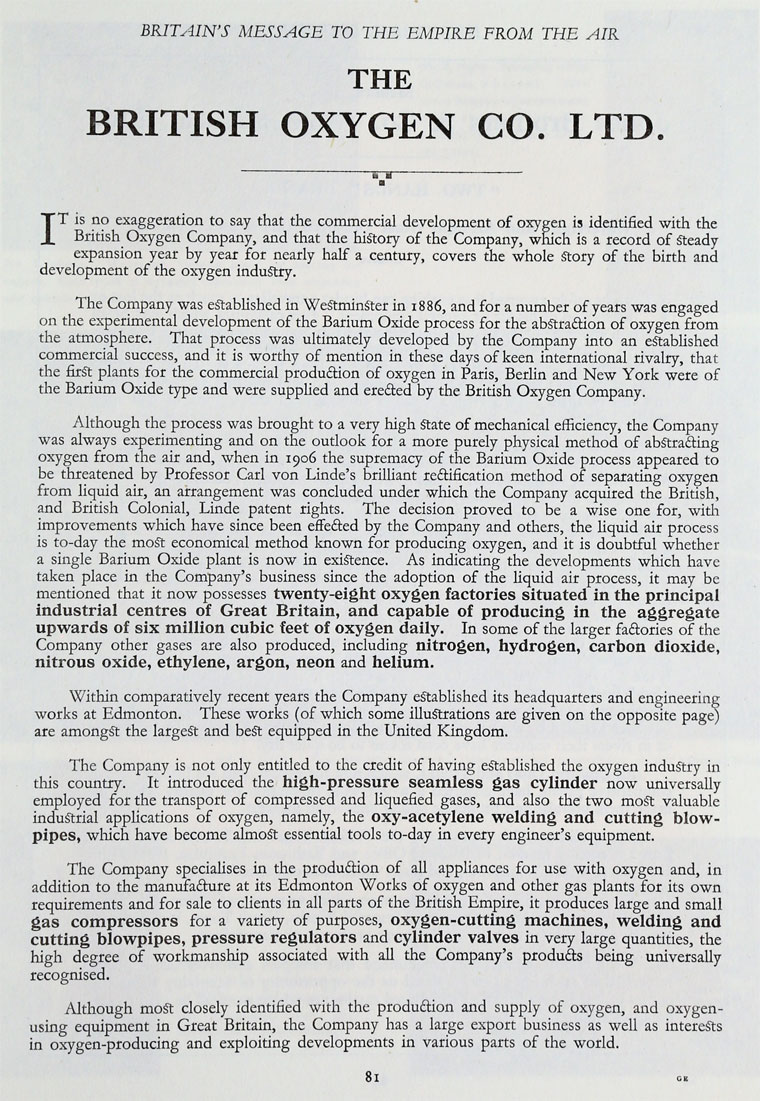 It is no exaggeration to say that the commercial development of oxygen is identified with the British Oxygen Company, and that the history of the Company, which is a record of steady expansion year by year for nearly half a century, covers the whole story of the birth and development of the oxygen industry.

The Company was established in Westminster in 1886, and for a number of years was engaged on the experimental development of the Barium Oxide process for the abstraction of oxygen from the atmosphere. That process was ultimately developed by the Company into an established commercial success, and it is worthy of mention in these days of keen international rivalry, that the first plants for the commercial production of oxygen in Paris, Berlin and New York were of the Barium Oxide type and were supplied and erected by the British Oxygen Company.

Although the process was brought to a very high State of mechanical efficiency, the Company was always experimenting and on the outlook for a more purely physical method of abstracting oxygen from the air and, when in 1906 the supremacy of the Barium Oxide process appeared to be threatened by Professor Carl von Linde's brilliant rectification method of separating oxygen from liquid air, an arrangement was concluded under which the Company acquired the British, and British Colonial, Linde patent rights. The decision proved to be a wise one for, with improvements which have since been effected by the Company and others, the liquid air process is to-day the most economical method known for producing oxygen, and it is doubtful whether a single Barium Oxide plant is now in existence. As indicating the developments which have taken place in the Company's business since the adoption of the liquid air process, it may be mentioned that it now possesses twenty-eight oxygen factories situated in the principal industrial centres of Great Britain, and capable of producing in the aggregate upwards of six million cubic feet of oxygen daily. In some of the larger factories of the Company other gases arc also produced, including nitrogen, hydrogen, carbon dioxide, nitrous oxide, ethylene, argon, neon and helium.

Within comparatively recent years the Company established its headquarters and engineering works at Edmonton. These works (of which some illustrations are given on the opposite page) are amongst the largest and best equipped in the United Kingdom.

The Company is not only entitled to the credit of having established the oxygen industry in this country. It introduced the high-pressure seamless gas cylinder now universally employed for the transport of compressed and liquefied gases, and also the two most valuable industrial applications of oxygen, namely, the oxy-acetylene welding and cutting blow-pipes, which have become almost essential tools to-day in every engineer's equipment.

The Company specialises in the production of all appliances. for use with oxygen and, in addition to the manufacture at its Edmonton Works of oxygen and other gas plants for its own requirements and for sale to clients in all parts of the British Empire, it produces large and small gas compressors for a variety of purposes, oxygen-cutting machines, welding and cutting blowpipes, pressure regulators and cylinder valves in very large quantities, the high degree of workmanship associated with all the Company's products being universally recognised.

Although most closely identified with the production and supply of oxygen, and oxygen- using equipment in Great Britain, the Company has a large export business as well as inter., in oxygen-producing and exploiting developments in various parts of the world.