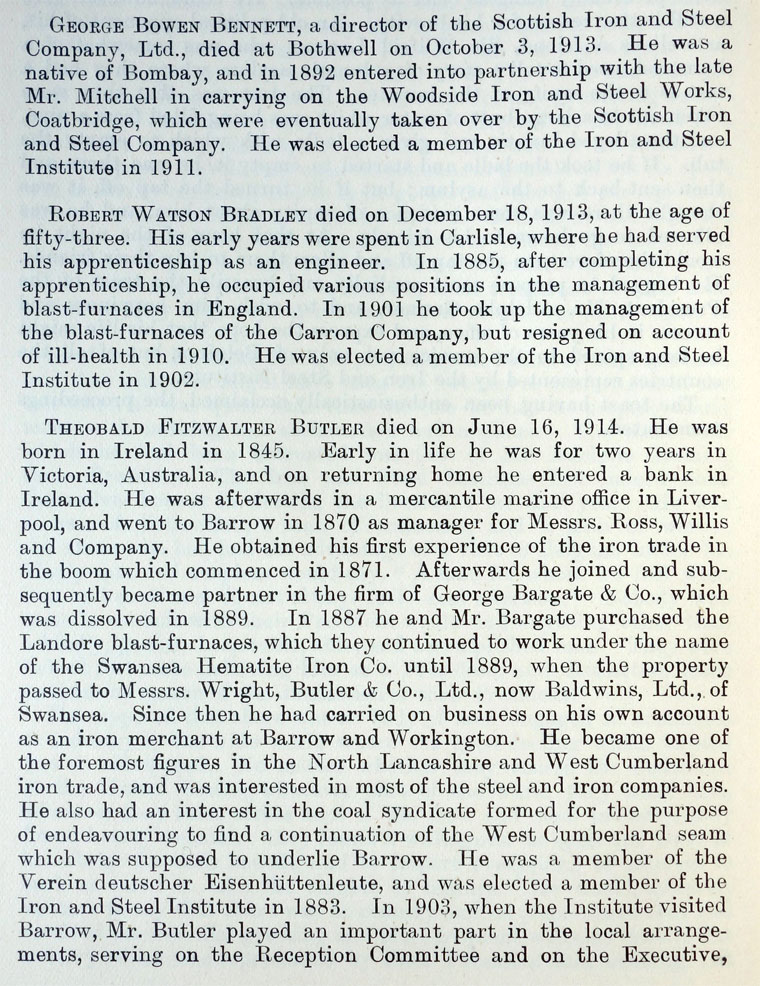 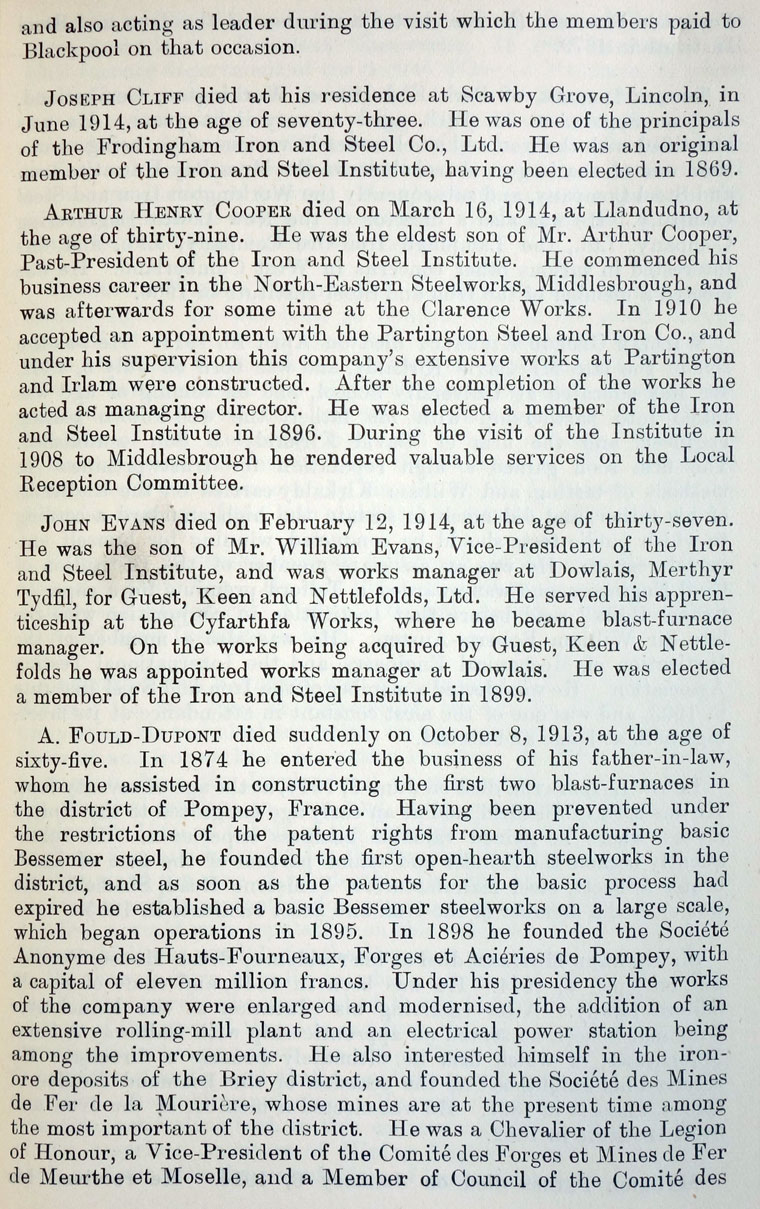 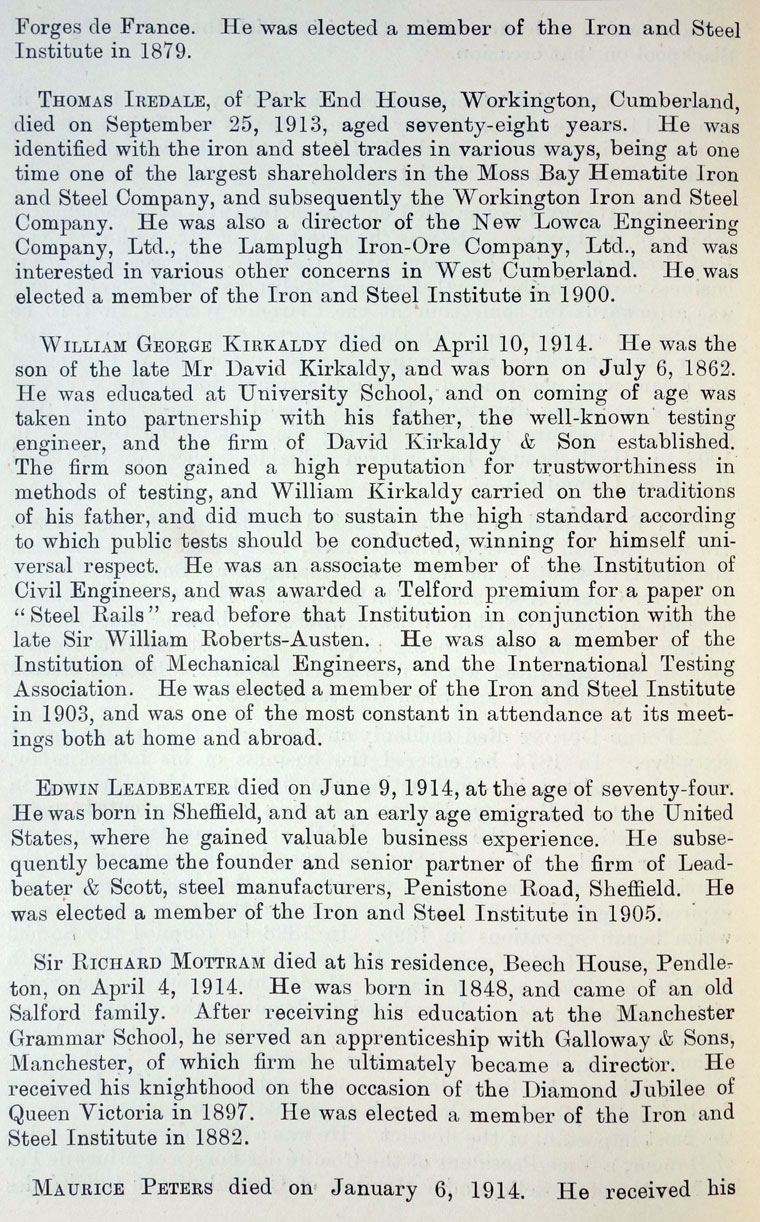 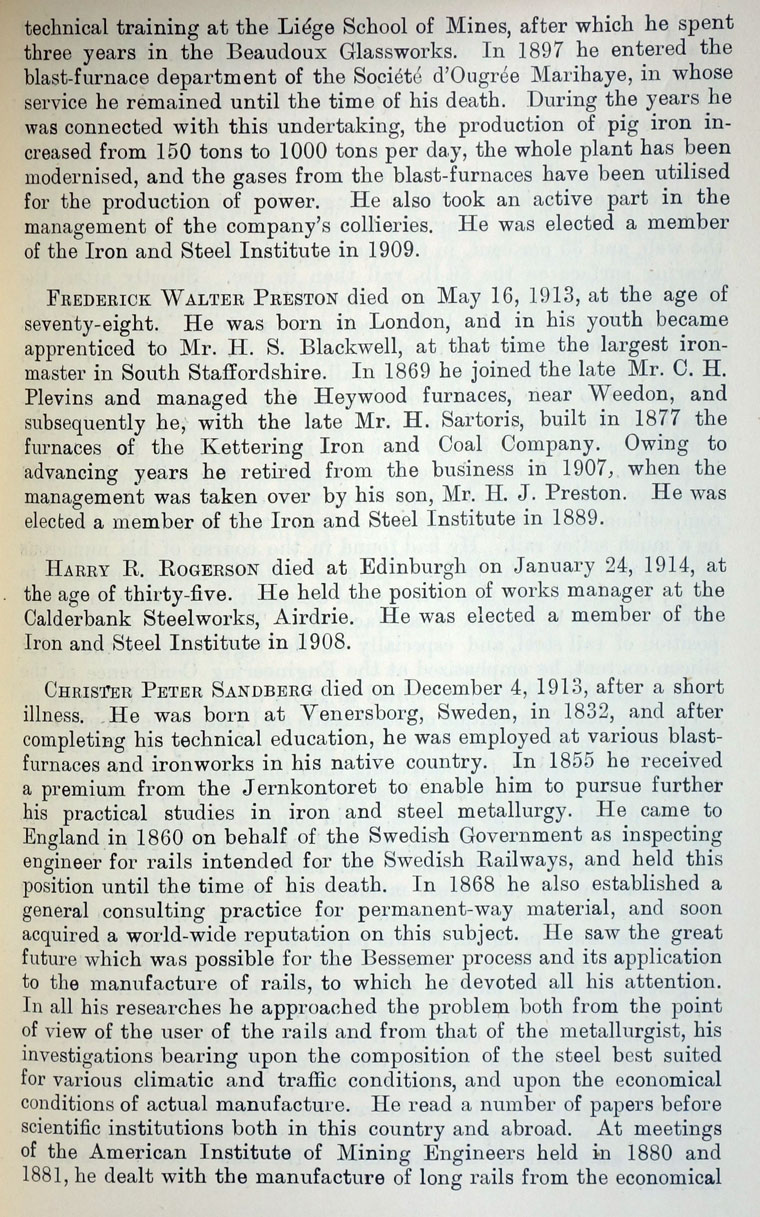 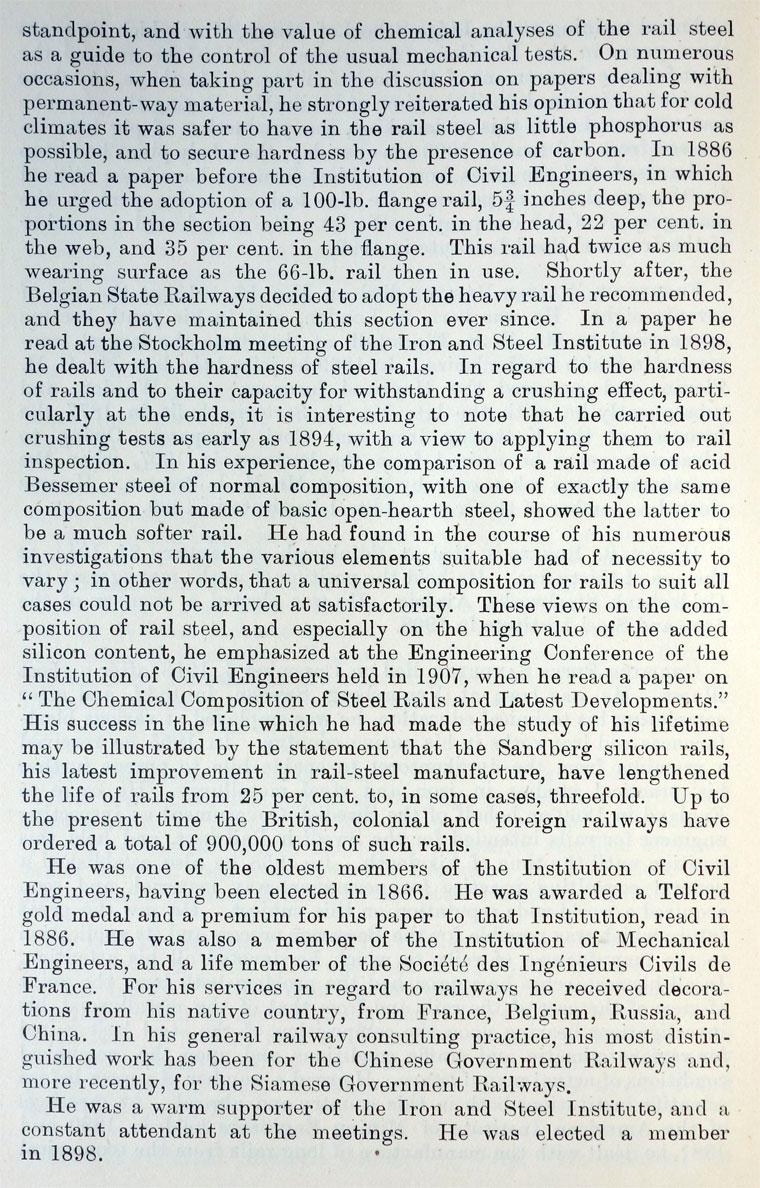 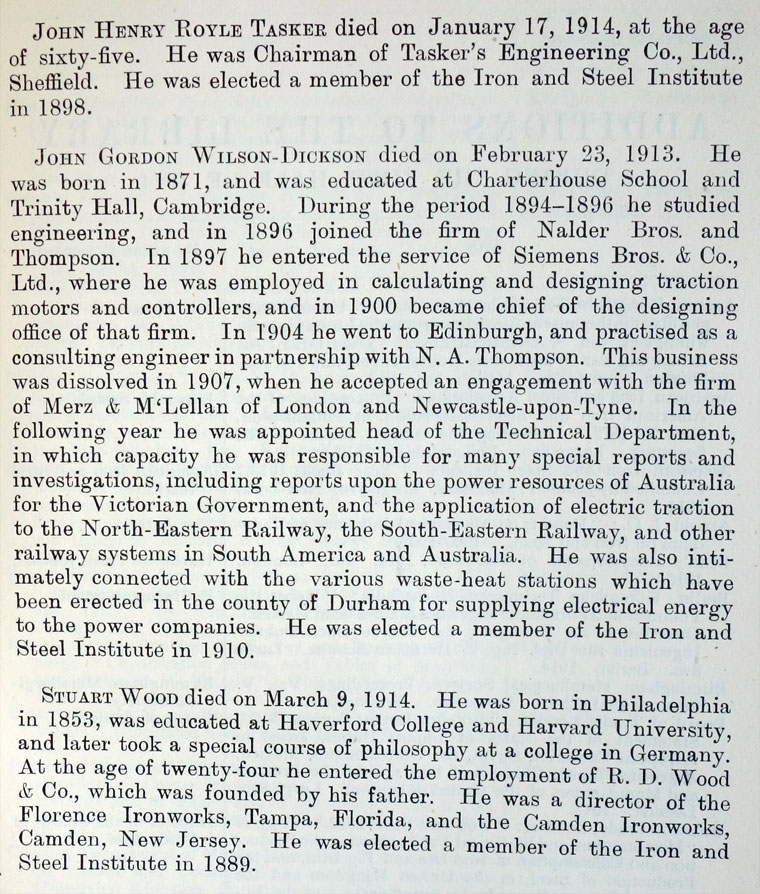 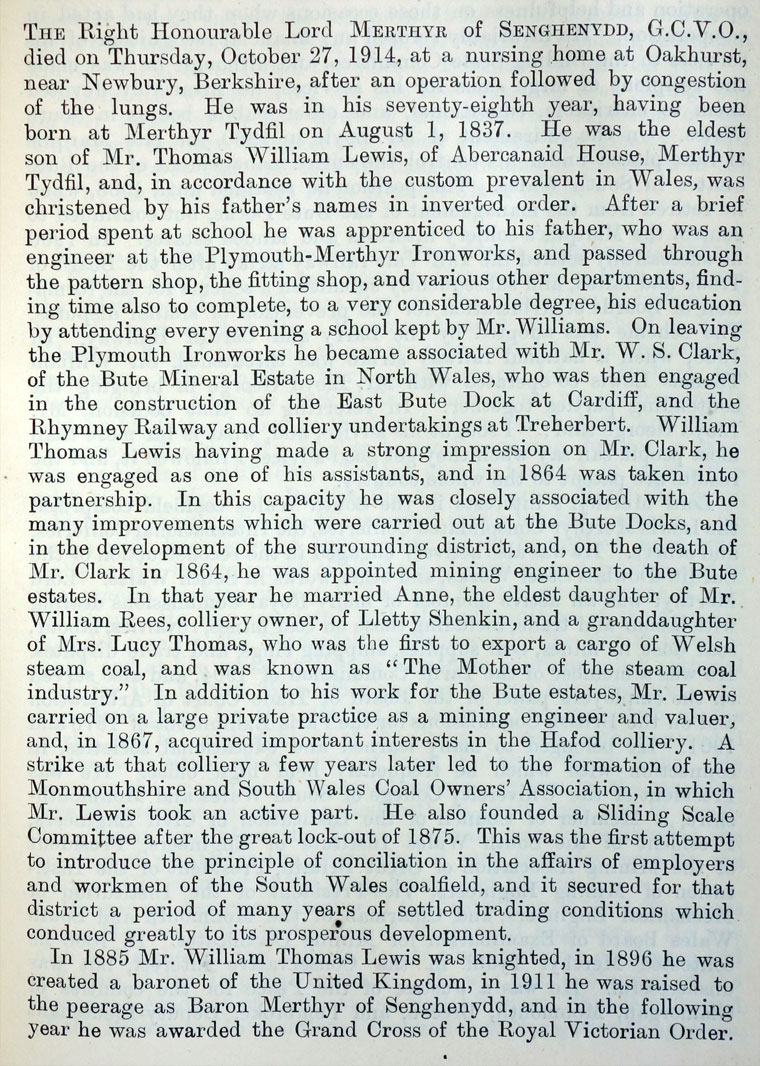 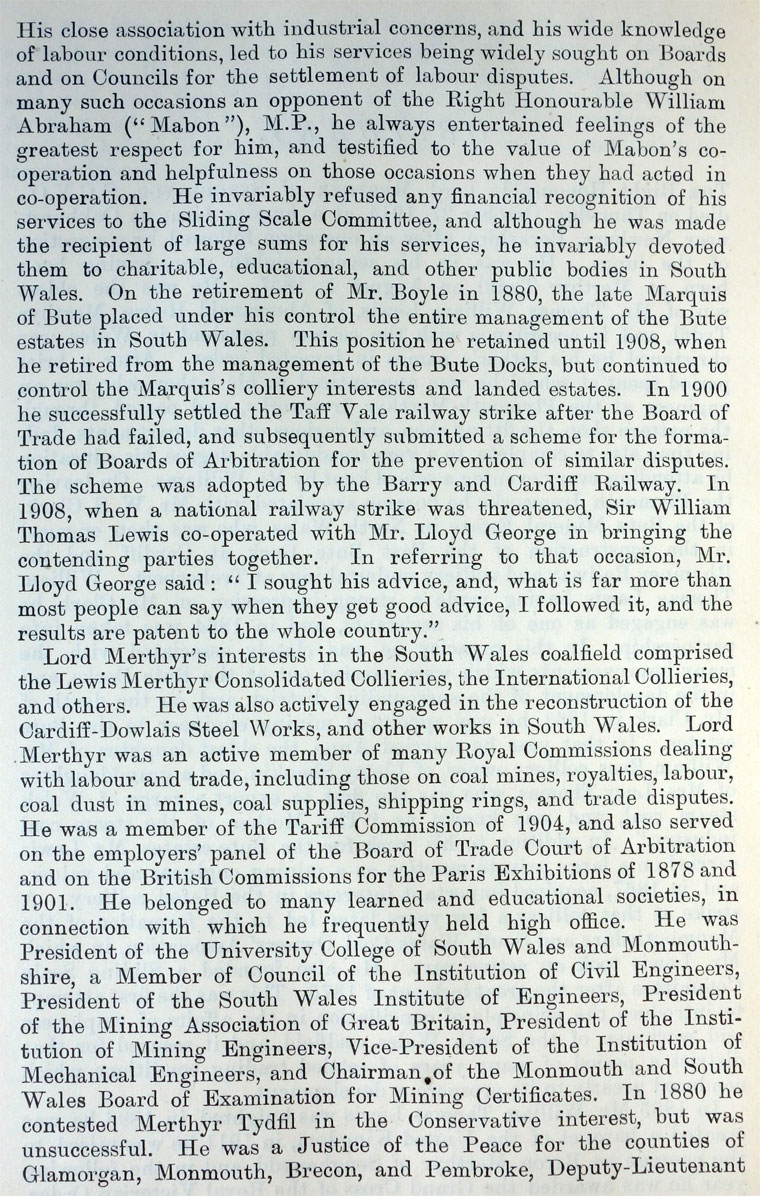 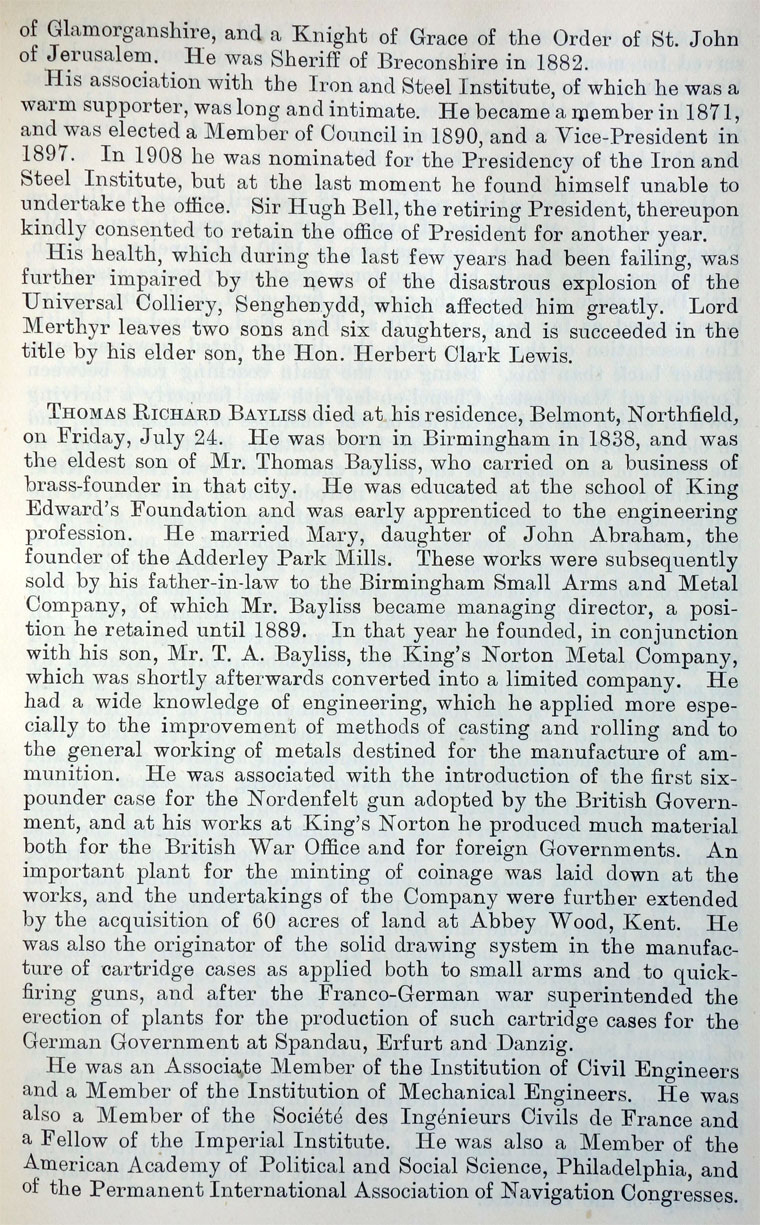 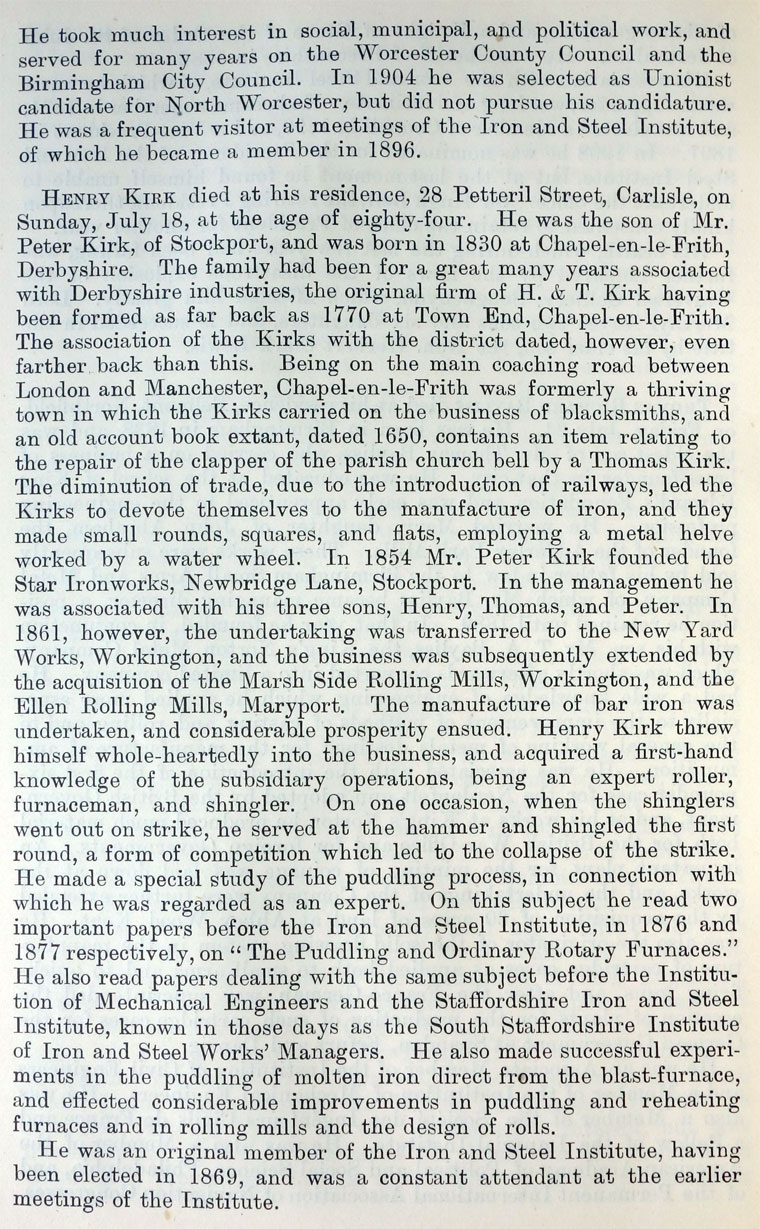 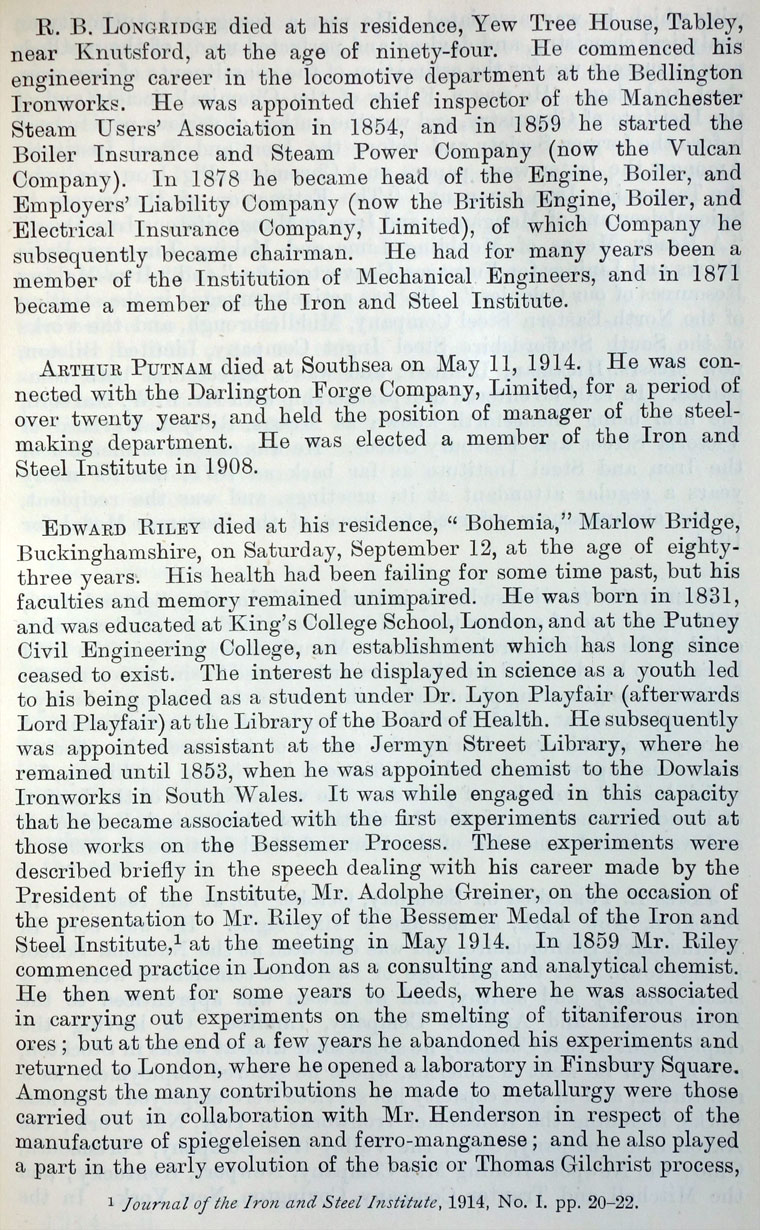 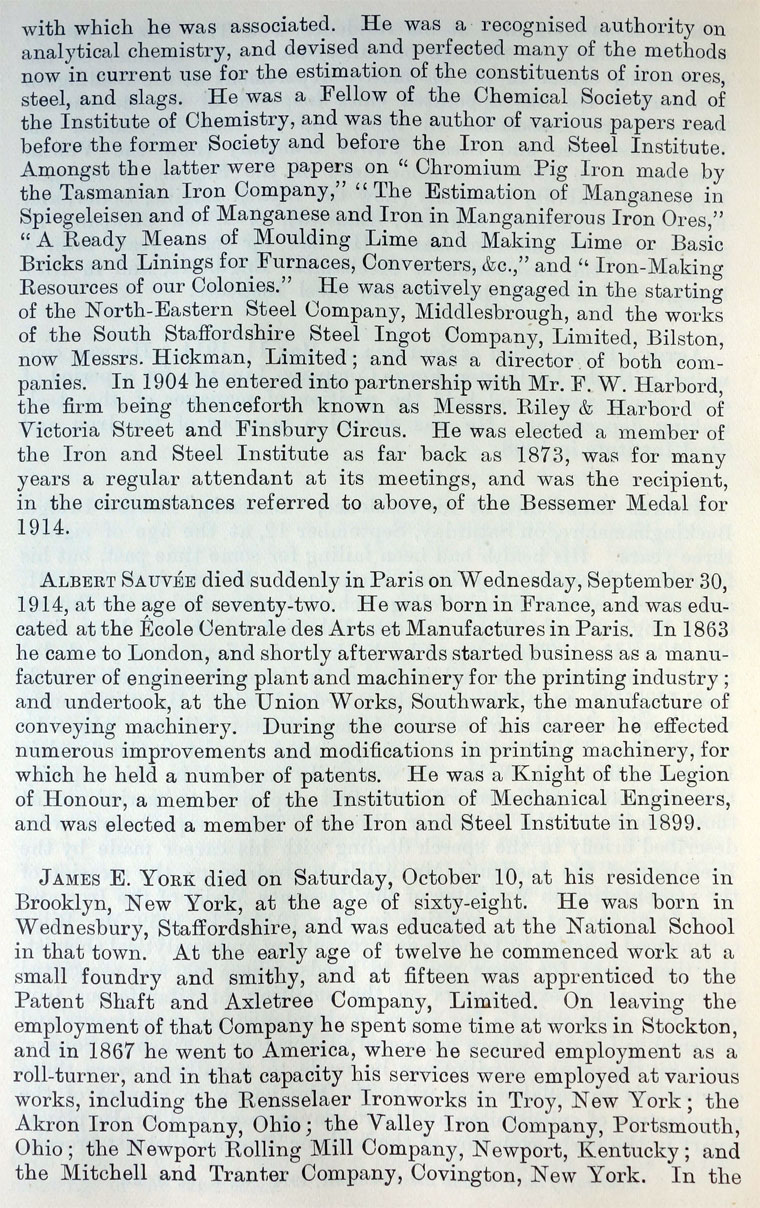 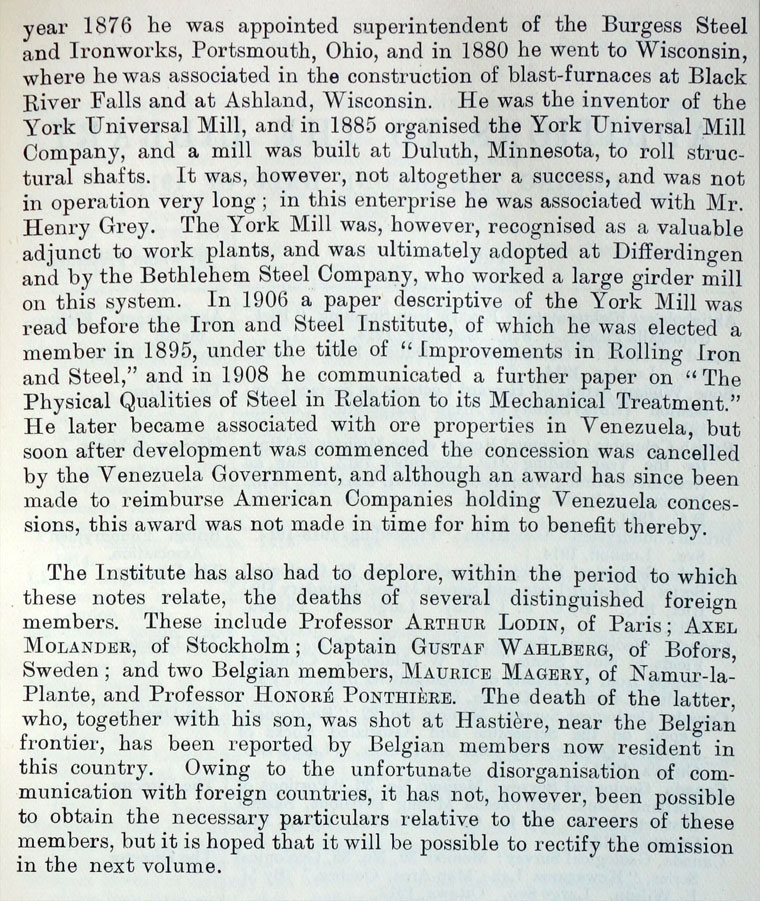 Note: This is a sub-section of the 1914 Iron and Steel Institute

The Institute has also had to deplore, within the period to which these notes relate, the deaths of several distinguished foreign members. These include

The death of the latter, who, together with his son, was shot at Hastiere, near the Belgian frontier, has been reported by Belgian members now resident in this country. Owing to the unfortunate disorganisation of communication with foreign countries, it has not, however, been possible to obtain the necessary particulars relative to the careers of these members, but it is hoped that it will be possible to rectify the omission in the next volume.