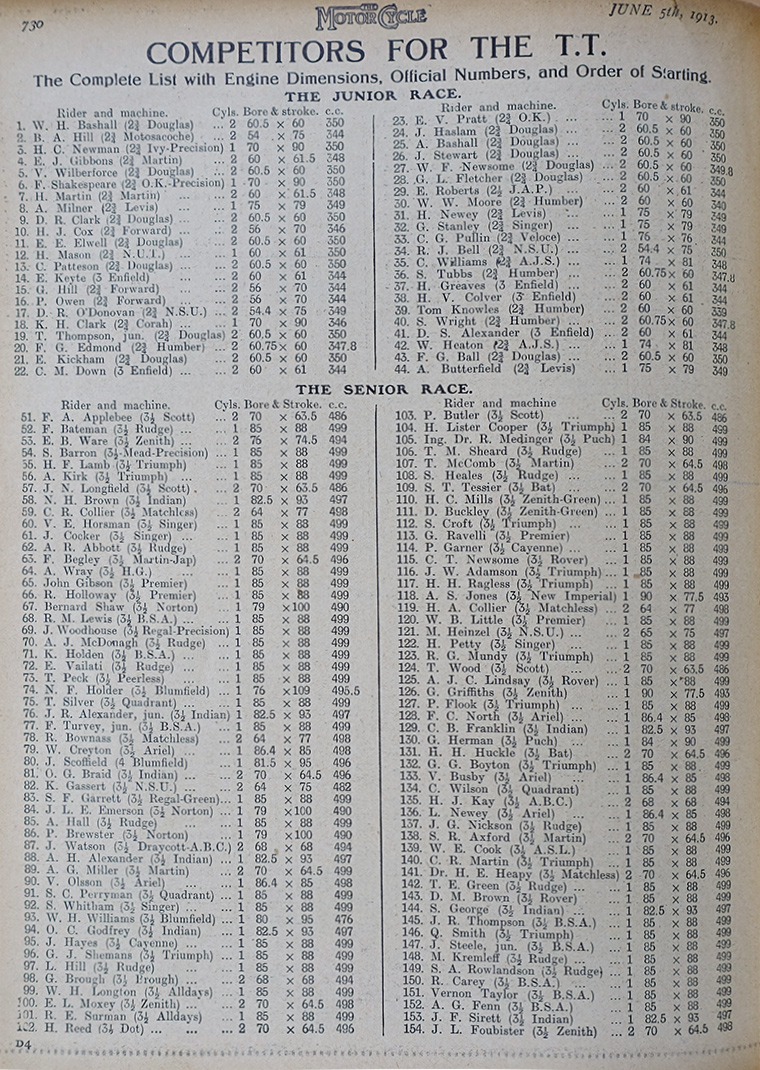 A total of 147 riders entered this year. Major Tommy Loughborough took over as the new secretary of the ACU and decided to make the races even tougher. Instead of one Junior and one Senior race, he decided the events should be divided into two sections, held on different days.

1913 June 4-6th. The six-lap Junior would be split into two races of two and four laps. The seven-lap Senior would start with a three-lap event, the second four-lap part being run together with the Junior two days later.

There were 97 starters in the Senior race. Frank Bateman on a Rudge was killed.