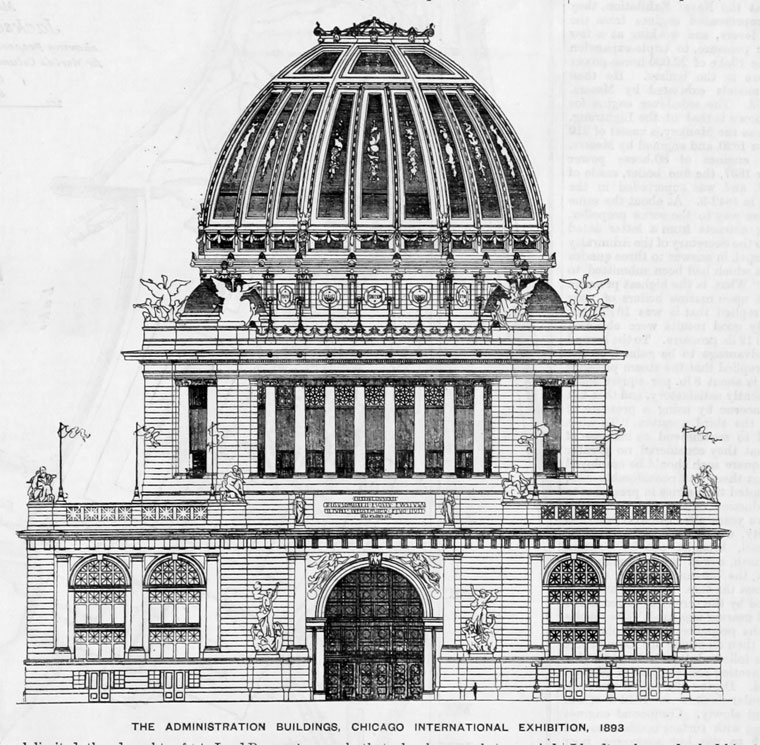 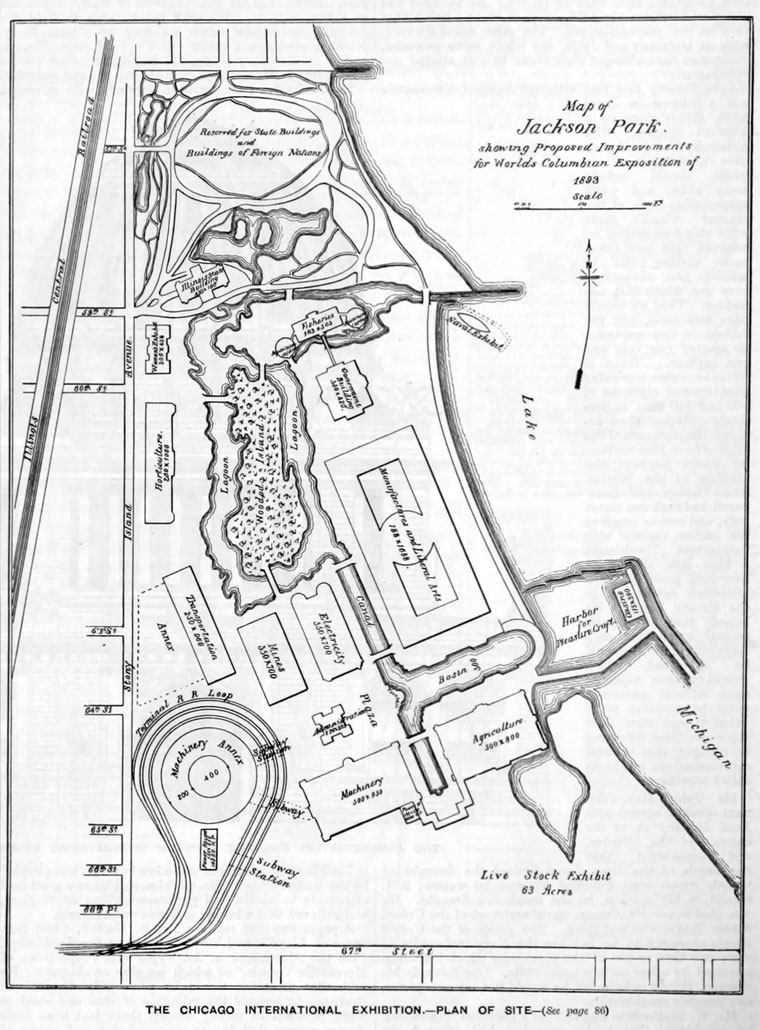 1891. General View of the Exhibition Buildings. 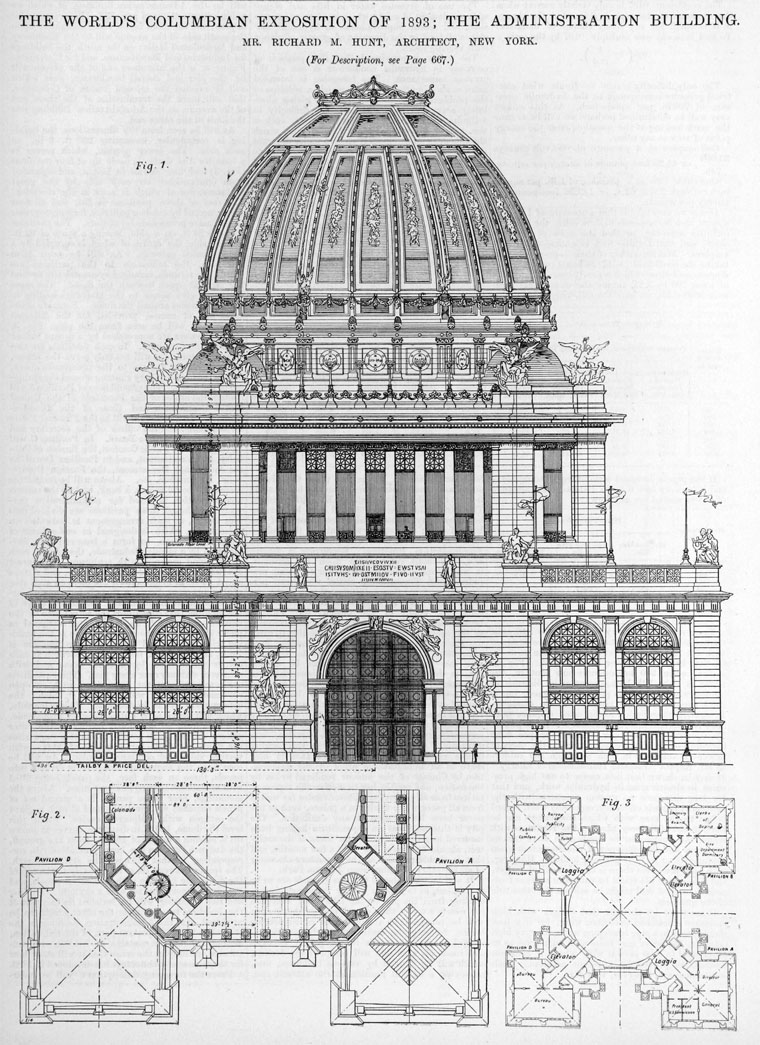 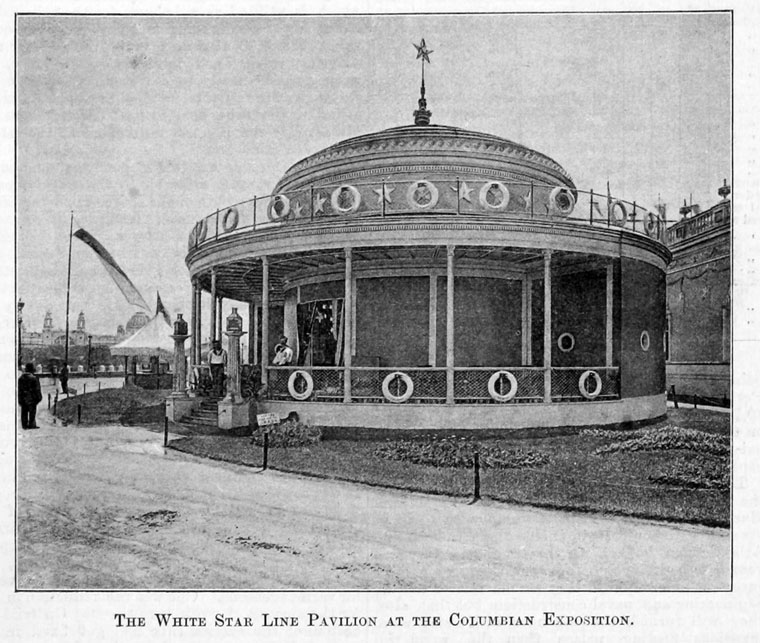 1893. The White Star Line Pavilion at the Exposition. 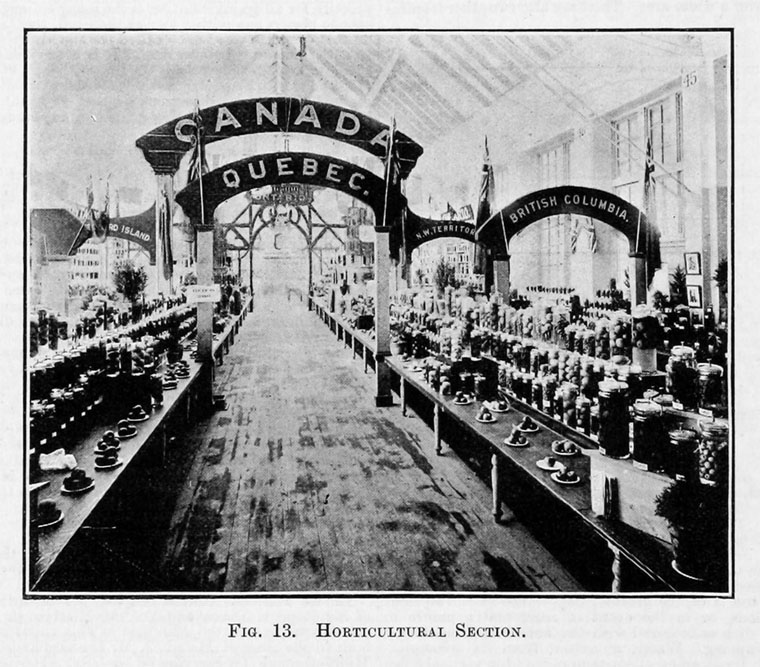 Articles were written about electrical engineering at the Chicago exhibition. See -

JUNE 22nd, 1893. "IT is not often that the "side-shows" of a big exposition contain anything of engineering interest. But the Midway Plaisance contains at least one exhibit well worthy of the attention of the constructional engineer. It is the monster wheel of 250ft. in diameter, resting on a. horizontal axis 185ft. above ground level, built by Mr. Ferris. Mr. Ferris is a. civil engineer, and conceived the idea. of building this wheel eighteen months ago. The novelty is in the enormous size of the wheel ; similar wheels of small size have been much "used" at fairs in this country. Mr. Ferris found at first that people did not believe in the possibility of building so large a wheel so that it would be safe, and so that it could be rotated with practicable ease. But after many months be at last got his company formed and his capital subscribed. The next difficulty was to obtain the necessary concession of ground on which to build the wheel within the iimits of the exhibition. This was refused to him for a. long time, but by dint of persistence he finally succeed in persuading the directorate that his project was a. safe one.

His work, thus delayed, was not begun until after the beginning of this year, and yesterday, 21st June, for the first time, the wheel carried a crowd of over 1300 people to the height of 260ft. above the ground. Mr. Ferris was happy, and exhibited his happiness to the crowd by means of a. short speech very much to the point." Read more