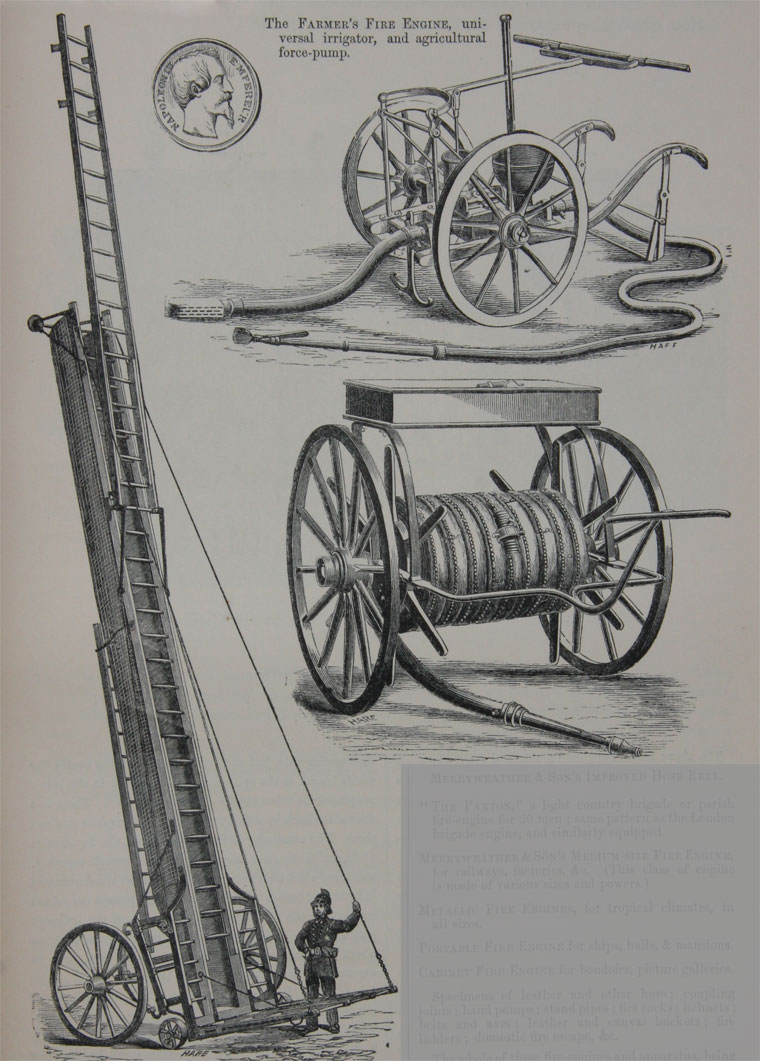 MERRYWEATHER and SON'S PATENT STEAM FIRE ENGINE, for service in any climate, is light, powerful, and compact; is mounted on a strong wrought-iron frame, with high wheels, and springs for rapid travelling; the pump, self-lubricating piston, and valves are of gunmetal, to work the foulest water without injury; the boiler is of steel, with copper tubes to generate steam quickly, and stand great pressure; and the pump will throw large or small bodies of water to great distances. The engine is fully equipped with suction and delivery hose, branch pipes, wrenches, tank, etc.

"THE PAXTON," a light country brigade or parish fire-engine for 20 men; same pattern as the London brigade engine, and similarly equipped.

MERRYWEATHER and SON'S MEDIUM-SIZE FIRE ENGINE, for railways, factories, etc. (This class of engine is made of various sizes and powers.)

METALLIC FIRE ENGINES, for tropical climates, in all sizes.

MERRYWEATHER and SON'S IMPROVED FIRE ESCAPE, as used in London, Dublin, and many provincial and foreign towns, to reach 60 ft.

The whole of these fire-engines and apparatus, being placed at the disposal of Her Majesty's Commissioners, are stationed in various places, for the protection of the Exhibition building.