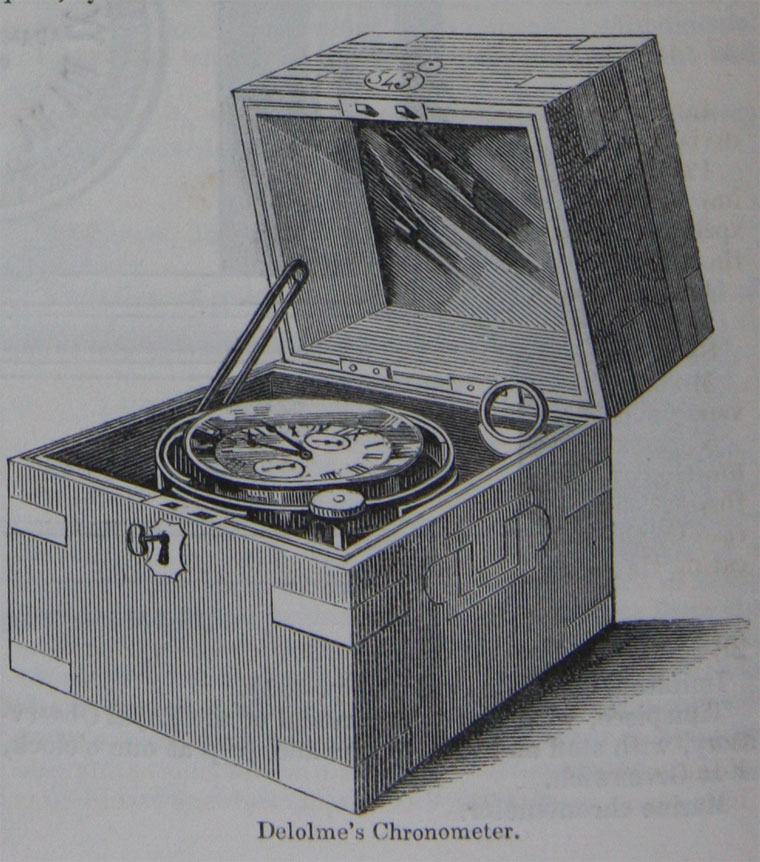 Seven gold watches, and two marine chronometers, with isochronous pendulum springs. The adjoining cut represents one of the chronometers.

Specimen of the movements of the preceding, as made in Lancashire to the exhibitor's calibre.

Two specimens of watch movements, to the exhibitor's calibre.

Stethometer, to measure the comparative mobility of the chest in cases of disease of the lungs.

[The effect of most diseases of the lungs is to diminish the extent of the motion of the walls of the chest. It becomes consequently often of considerable importance to ascertain the amount of variation from health in this respect, since this points out, with approximative accuracy, the extent of the disease. The diminished mobility of one side as compared with its opposite thus affords important results. The instrument which reveals the fact is of very simple principles, and was originally invented by Dr. Sibson, F.R.S. It consists essentially of a dial plate with a moveable index, which is acted upon by the pressure of the walls of the chest against a projecting stud. The extent of the circle described by the index points out the amount of motion possessed by the walls of the Chest in the side to which it is applied.—R. E.]