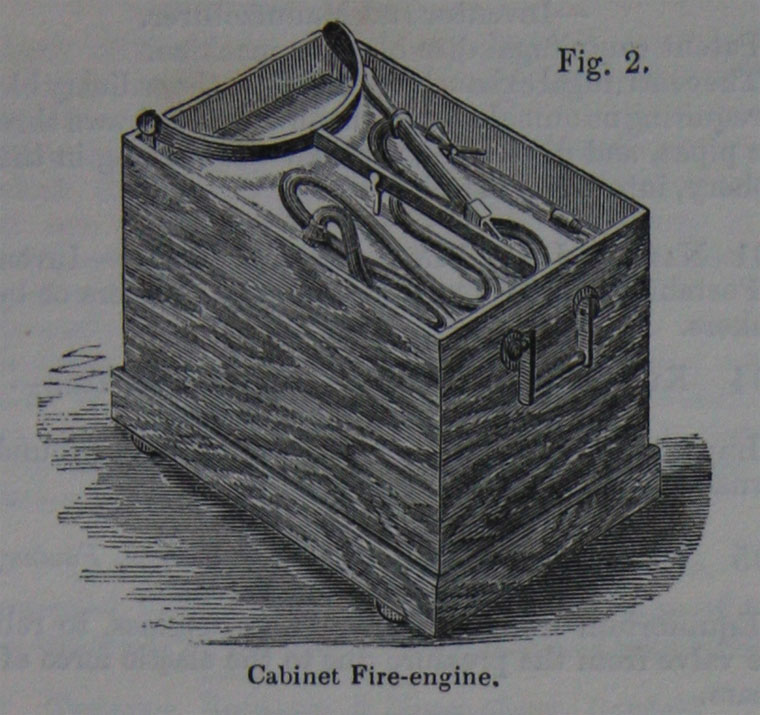 Light carriage fire-engine, Simpkins' patent; country pattern for post-horses, with handles for 20 men. Equipped and furnished like the preceding.

Patent metallic fire-engine, for tropical countries, to be drawn by hand.

A coil of patent seamless canvas hose, screw, etc., as before.

An improved metal breeching for connecting two separate lines of hose into one, or for dividing one line into two.— Invented by Lord Thurlow; registered 1844.

Set of seven portable fire-escape ladders on hand carriage, with guide wheels, safety-belt and rope, as supplied to the City police, etc.

Domestic family fire-escape, simple and easily applied. Fireman's leather morion, as made in the early part of the 18th century.