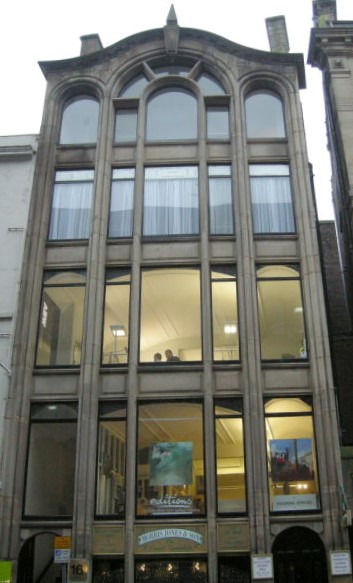 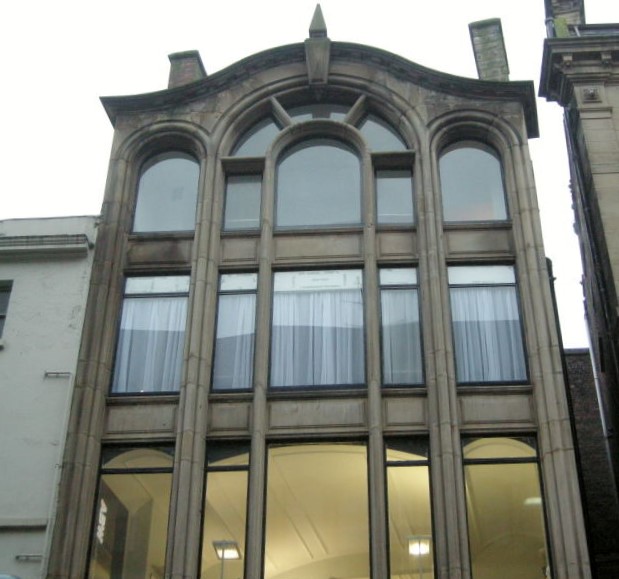 Constructed in 1866, this pioneering building deserves a grander handle than '16 Cook Street'.

It was designed by Peter Ellis (1805-84), who deserves to be better known. Quentin Hughes wrote that 'Few modern buildings foreshadow the Modern Movement so strikingly as his courtyard designs for Oriel Chambers and No. 16 Cook Street, built at a time when cast iron was tending elsewhere to deteriorate into an abundance of elaborate and florid decoration'.[1]

In following Ellis's Oriel Chambers, '16 Cook Street' became the second building in the world to use glazed curtain wall construction. The most surprising feature is in the courtyard at the back - a separate spiral staircase with a large area of glass in slender cast iron mullions - see 'Engineering Timelines' entry.