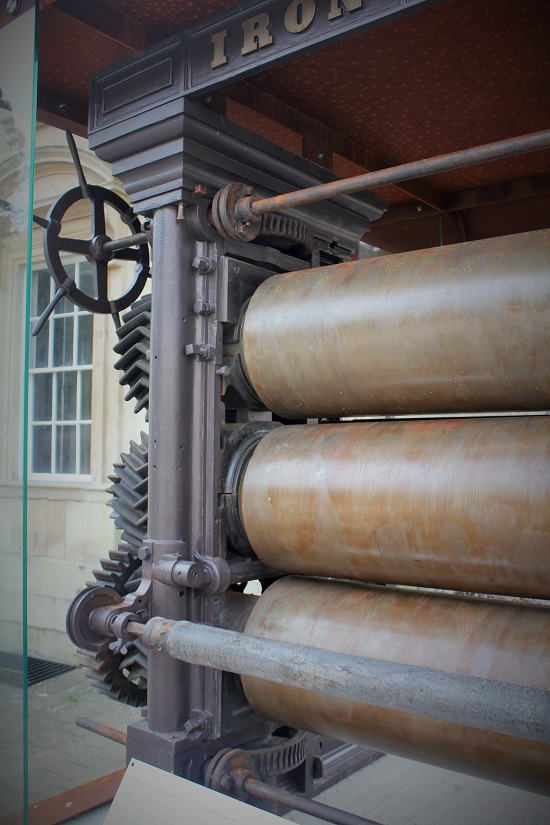 This historic rubber calendering machine was built c.1848 for the newly-established rubber works in Bradford-on-Avon (originally S. Moulton and Co, then George Spencer, Moulton and Co, and finally the Avon Rubber Co). In 1969/70, at the behest of Alex Moulton, it was removed to Bristol Industrial Museum for possible preservation. Its components remained in storage in Bristol until recently, when funds were raised to restore it and put it on public display. This was completed in November 2016, and the machine can now be seen on the site of the former Kingston Mill in Bradford-on-Avon.

It provides a useful reminder of the once-dominant place of the rubber industry to the town, and is likely to spark an interest in this recent, but nearly-forgotten aspect of the town's history. Bradford-on-Avon's buildings span a period of 1000 years, and a number of prominent industrial mill buildings survive. Although these were latterly used by the rubber industry, they were actually built for the town's original source of wealth - woollen cloth.

For much more information, see here[1].